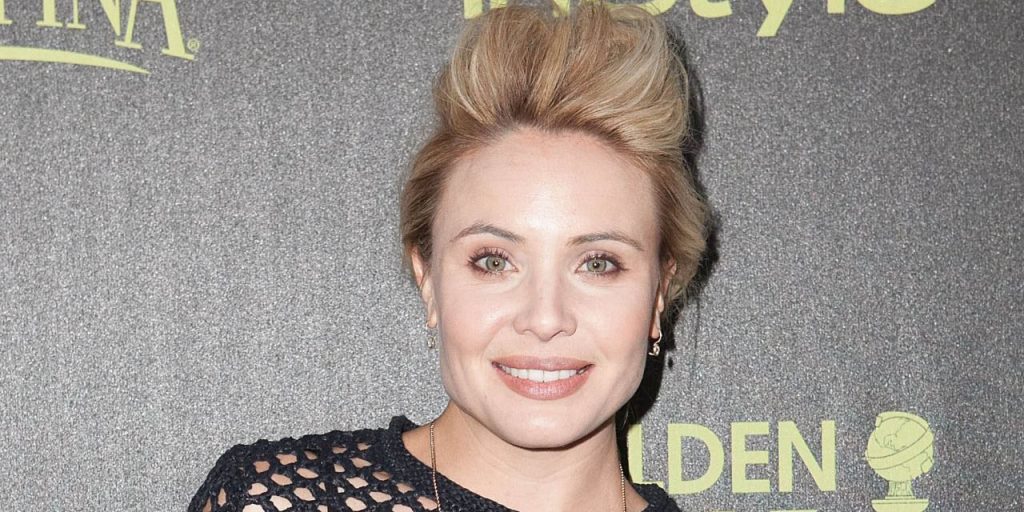 Who is Leah Pipes?

Leah Pipes was born in Los Angeles, California USA, on 12 August 1988 – her zodiac sign is Leo, and she holds American nationality. She’s an actress with close to 40 credits to her name, perhaps known best for her portrayal of Camille O’Connell, in the critically acclaimed fantasy horror drama “The Originals”, created by Julie Plec, and which starred Joseph Morgan, Daniel Gillies and Claire Holt. It follows a family of vampires who are trying to take back their city from humans, which they had built thousands of years earlier; the series aired from 2013 to 2018, and was nominated for 14 awards, including a Primetime Emmy nomination.

Leah was raised in Los Angeles alongside her four siblings, by their parents about whom little is known, as Leah respects their privacy; her father is said to be a businessman, while her mother’s believed to be a former model.

Leah became interested in acting while still attending a local elementary school, and was 10 when her mother enrolled her at a school for the performing arts. She was 13 when she made her debut TV series appearance, with her portrayal of Daughter, in the episodes “Reprise” and “The Thin Dead Line” of the action fantasy drama “Angel”. It was created by Joss Whedon and David Greenwalt, starred David Boreanaz and Charisma Carpenter, and follows the vampire Angel who’s helping the people of Los Angeles solve their problems with supernatural beings; the series was a huge hit, winning 12 of the 61 awards for which it was nominated, including a Primetime Emmy nomination.

Leah continued acting throughout her entire education, with a couple of her following roles being in six episodes of the family comedy series “Lost at Home” in 2003, the 2004 family science fiction comedy movie “Pixel Perfect”, and the 2004 episode “Football” of the family comedy series “Drake & Josh”. She attended a local high school in Los Angeles, and upon matriculating in 2006, Leah didn’t enroll at college, but remained focused on acting.

In 2005, Leah made a guest appearance in an episode of the comedy “Malcolm in the Middle”, and the same year saw her play Jessie in five episodes of the family sports drama “Clubhouse”.

She gained recognition in 2007, when cast to star as Katia Clarke in the family drama “Life Is Wild”, which also starred Mary Mouser and D. W. Moffett, and follows a veterinarian from New York, who has moved to South Africa with his wife and their four children; the series was nominated for two awards. By the end of the 2010s, Leah had appeared in a couple more TV series, including the fantasy drama “Ghost Whisperer”, and the fantasy action drama “Terminator: The Sarah Connor Chronicles”.

In 2010, she played Beth Branford, in six episodes of the drama “The Deep End”, created by David Hemingson, and which starred Matt Long, Norbert Leo Butz and Ben Lawson. The series follows the lives of four attorneys working at the company Sterling Law. Leah then appeared in an episode of a couple of series, such as the mystery crime drama “Law & Order: LA”, the crime comedy drama “The Defenders”, and the musical comedy “Glee”.

Her two most recent TV series roles have been in eight episodes of the fantasy mystery drama “Charmed” in 2018, and the 2021 episode “Breaking Point” of the action thriller drama “9-1-1”.

In 2005, Leah was cast to play Stacey, one of the main characters in the popular drama “Odd Girl Out”, directed by Tom McLoughlin, and which also starred Alexa PenaVega and Lisa Vidal.

It follows a girl who’s bullied because she has a crush on a popular boy from school, and the film won one of the two awards for which it was nominated.

A couple of Leah’s following roles were in the 2005 drama “Fertile Ground”, the 2006 mystery horror thriller “Fingerprints”, and the 2007 romantic family comedy “Her Best Move”. In 2009, she appeared in the popular mystery horror “Sorority Row”, and in 2011, Leah played Carla in the romantic comedy “Conception”, written and directed by Josh Stolberg, and which starred Pamela Adlon, David Arquette and Aaron Ashmore – it follows nine couples, and nine women who have just become pregnant. In 2013 and 2014, we saw Leah star in the romantic thriller drama “Jodi Arias: Dirty Little Secret”, and the horror thriller “The Devil’s Hand”, and in 2016, she portrayed the main character Diane McCarthy, in the romantic comedy drama “Change of Heart”.

It was directed by Stephen Bridgewater, also starred Rick Malambri and John Ratzenberger, and follows the TV show producer Diane, who has found herself at an amazing bed and breakfast location.

Three of Leah’s most recent roles in movies have been in the 2018 thriller drama “The Perfect One”, the short drama “Heatstroke”, and theromantic comedy drama “A Beauty & The Beast Christmas” both in 2019.

Leah has been featured in a couple of documentaries, such as the 2008 short videos “On Set of Fingerprints” and “Fingerprints: Scariest Moments Interviews”, and the 2015 series “Pop Wrapped TV”.

She has made a guest appearance in a number of talk-shows, including “Up Close with Carrie Keagan” and “CQC: Custe o Que Custar”.

In 2009, Leah won a ShoWest Convention Award for Female Star of Tomorrow.

She was also nominated for a 2016 for Choice TV: Liplock Award, for her performance in the series “The Originals” (shared with Joseph Morgan).

Love life and marriage with A. J. Trauth

At the beginning of the 2010s, Leah began dating A. J. Trauth, an American actor and musician, who’s perhaps still known best for his portrayal of Alan Twitty, in the comedy series “Even Stevens”, which aired from 2000 to 2003. After around three years of being together, in January 2014 Leah and A. J. announced that they had become engaged, and the two exchanged vows on 6 December that year in a private ceremony attended by only their closest friends and family members.

The marriage lasted for around four and a half years, as Leah filed for divorce in May 2019, finalized on 21 November.

There are various rumors circulating the internet, claiming that Leah wanted children and A. J. didn’t, which was what led to their divorce, but this hasn’t been confirmed.

Neither of the two have spoken of any other people whom they have perhaps been with, and as of September 2021, Leah appears to be single, was once married, and doesn’t have children.

Leah is a huge animal lover, and her pet cat and dog can be seen featured in many of her Instagram pictures. She enjoys being active on the network, mostly because of the attention she’s receiving from her close to 600,000 followers, and has uploaded over 300 pictures, most of which have been taken during her everyday life.

She’s passionate about travelling, and has been all around the US for both work and pleasure, as well as to various European and Asian countries; her dream travel destination is Moscow in Russia.

She’s physically active, and has multiple training sessions at the gym every week, as it’s important for her acting career to stay in shape.

Leah has her own favorite actors and actresses, some of whom are Leonardo DiCaprio, Brad Pitt and Angelina Jolie – a couple of her favorite movies are “Titanic”, “Meet Joe Black” and “The Curious Case of Benjamin Button”.