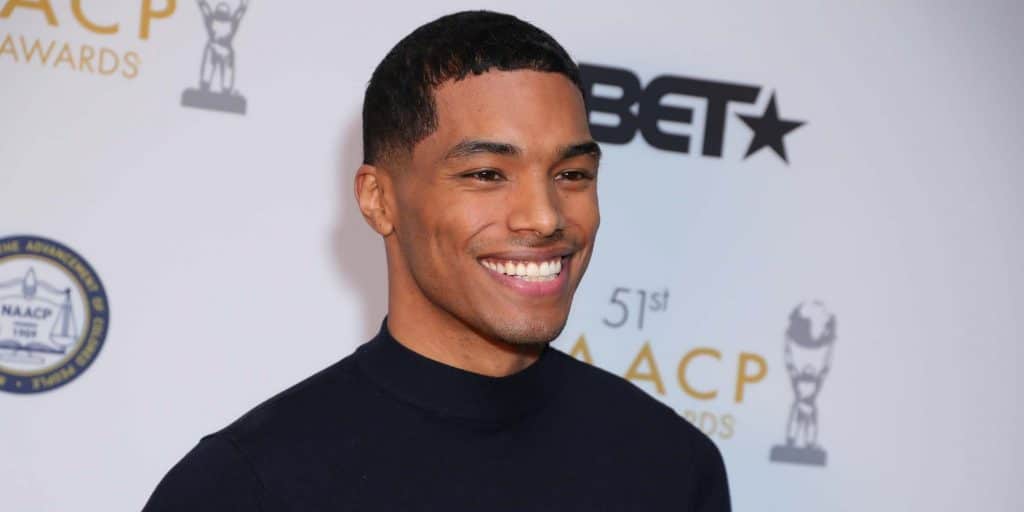 Who is Rome Flynn?

Rome Flynn is an American award-winning actor, who is most likely best known to the world as Gabriel Maddox in the TV series “How to Get Away with Murder” (2018-2020), and most recently as Tevin Wakefield in the TV series “Raising Dion” (2021), in addition to several other notable roles that he’s secured so far during his short career since 2014.

Rome Trumain Ceno Flynn was born on 25 November 1991 under the Sagittarius zodiac sign, in Springfield, Illinois USA, and was raised by a single mother, Nickey Alexander, next to his six siblings.

Of Afro-Cuban ancestry, Rome went to Lanphier High School, from which he matriculated in 2010. He played basketball during his high school years, which earned him a Benedictine University scholarship. He continued to play basketball, but realized that he also has a talent for acting, and was discovered by a talent scout. At the time, he was making short videos for his social media accounts, and was able to showcase his talent to a vast number of people.

Spotted by casting directors through his social media profile, Rome made his acting debut in 2013 as R.K. in Tyler Perry’s musical “The Haves and the Have Nots”, with Ben Peck, Terri Abney and Pat Asanti in the lead roles.

The following year, Rome played Leon in the television musical comedy-drama movie “Drumline: A New Beat”, which is the sequel of the “Drumline” film from 2002. After a few initial minor roles, in 2015 Rome was chosen for the part of Zende Forrester Dominguez in the daytime drama series “The Bold and Beautiful”, featuring in 190 episodes of one of the longest-running American television soap operas until 2017, which certainly put him on the map of acclaimed actors. He was rewarded for his work in 2018 with the Daytime Emmy award in the category for Outstanding Younger Actor in a Drama Series.

Rome was continuously improving as an actor, and in 2017 joined the cast of the TV series “The Haves and the Have Nots”, reprising the role of R.K, starring in 31 episodes of the popular series until 2019, when he decided to leave the series to focus on other roles. In 2018, Rome had begun portraying Gabriel Maddox in the Primetime Emmy Award-winning mystery crime-drama series “How to Get Away with Murder”, joining Viola Davis, Billy Brown, and Jack Falahee as the main stars of the acclaimed series.

Though initially a guest actor, his character was quickly written into the series, and Rome was in the main cast in seasons five and six.

In 2019, Rome played Jessie in another Tyler Perry creation, “A Madea Family Funeral”, and the same year starred as Bishop Miller in the comedy film “1/2 New Year”, for which he earned a First Glance Film Festival Award nomination in the category for Best Ensemble Cast. Moreover, he was Jesse Collins in the television movie “A Christmas Duet”.

Most recently, Rome portrayed David in the TV comedy-drama series “Dear White People”, thus joining the main cast of Logan Browning, Brandon P Bell, and DeRon Horton, and was then selected for the part of Tevin Wakefield in the second season of the TV series “Raising Dion”. Moreover, Rome is currently working on the TV romantic comedy series “With Love”, in which he will co-star next to Gloria Calderon Kellett and Desmond Chiam. The series is currently in pre-production, and scheduled for a premiere on 17 December 2021.

Rome is a successful model as well, and has more than a million followers on his official Instagram account.

This has enabled him to deal with a number of popular fashion brands, including FashionNovaMen and Balmain, and has featured on the cover pages of such magazines as Distinct, Mood, and Quintessential, among others.

When it comes to his personal life, Rome doesn’t like talking about it very much. However, a few details have surfaced, such as that he has a six-year-old daughter Kimiko, who was born on 12 December 2014; Kimiko’s mother is Flynn’s ex-girlfriend Molly Noriko. Molly and Rome never married and broke up shortly after the birth of their daughter.

Since then, Rome dated model Camia Marie, but their romance also ended. He has been single ever since, and focused on raising his daughter.

As of mid- 2021, Rome Flynn’s net worth has been estimated to be around $500,000, earned through his successful career as an actor, making a total of 18 appearances so far in both films and TV series.

Although he hasn’t pursued basketball professionally since university, he’s still a fan, and often displays his skill on the courts too, and sharing it with his followers through Instagram.

Rome is musically talented as well, as he loves playing the guitar and drums, and is an avid singer. He has showcased his talents in several films, and his interest in music has only helped him in his career.

Rome keeps his fit form and muscular figure by a daily workout routine which comprises of several exercises, and he is most focused on his abs and lifting weights.