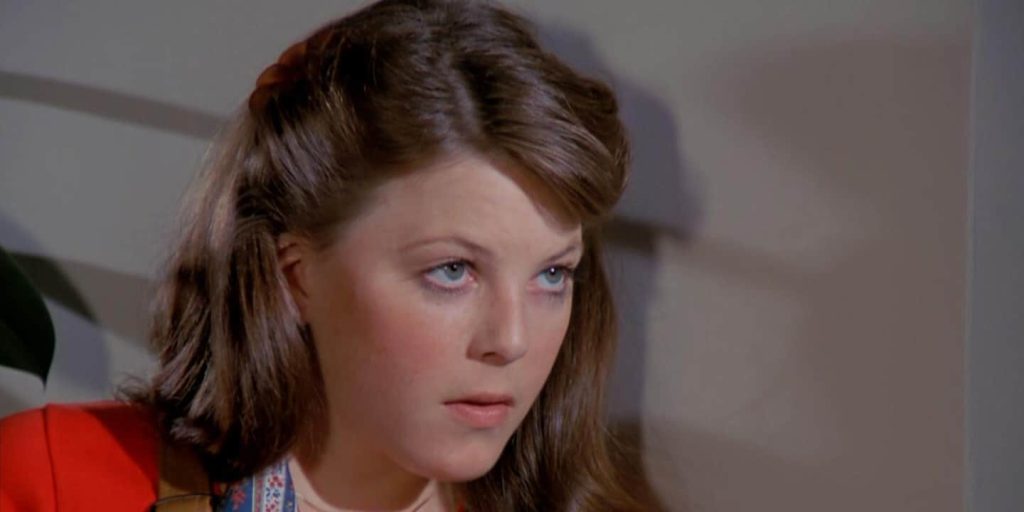 Who is Dawn Lyn?

Dawn Lyn is a former child actress, perhaps still best known to the world as Dodie Douglas in the TV series “My Three Sons” (1969-1972), and as Dwana in the “Walking Tall” films, among several other notable roles that she had secured in her career.

Dawn Lyn Nervik was born on 11 January 1963 under the Capricorn zodiac sign, in Los Angeles, California USA. She is the daughter of Rik Nervik and Carolyn Stellar, an actress and costume designer, and was raised in Los Angeles, alongside her older brother Leif Garrett, who went on to become a controversial musician and actor.

Happy Birthday to Dawn Lyn…she's 56 today!❤️🎉She played Dodie on My Three Sons, and was in the original Walking Tall movies with her brother Leif Garrett and many television shows in the 70's.

Dawn’s career started when she was just four years old, and wasn’t even aware that she is going to be acting as a boy, rather than a girl. The film “Cry Blood, Apache” in which she played an Indian Child, was initially filmed in 1967 but wasn’t released until 1970 due to lack of funding. In 1969, young Dawn was chosen for the part of Dodie Douglas in the TV comedy series “My Three Sons”, featuring in 73 episodes of the Primetime Emmy Award-nominated series, which launched her to stardom.

She continued her career rather steadily into the ‘70s, making guest appearances in such TV series as “Adam-12” and “Gunsmoke”, while in 1973 she portrayed Dwana in the biopic about Buford Pusser, the Tennessee sheriff, entitled “Walking Tall”, reprising the role in the sequels “Walking Tall Part II” in 1975, and “Final Chapter: Walking Tall” in 1977. In between, Dawn featured in several other prominent roles – in 1974 she was Moe in the horror film “Devil Times Five”, which also featured her mother and brother, while in 1976 she guest-starred in the TV series “Emergency!”.

Her petite stature hindered her chances of more adult roles in her later career, and so she decided to focus on other interests from the late ‘70s. She did voice work with the Avalon Community Theater Radio Troupe, including for the film “Pearl Harbor” in 2001, working on this career from 1997 until 2006.

However, her main interest since has been the boutique on Pier 39 in San Francisco, and charity work. When asked about maybe returning to acting, she has said that she hasn’t closed doors to show business, and that there is still a chance for her to return to acting.

When it comes to her personal life, Dawn has one failed marriage behind her. Her first husband was Michael Whitby, with whom she was married from 14 December 1990 until 20 July 2001. They didn’t have children. In 2006 she married to William John Reese; the two live in Hawaii, enjoying their retirement. She doesn’t have children.

As of late 2021, Dawn Lyn’s net worth has been estimated to be around $1 million, earned through her successful career as an actress, appearing in around 30 film and TV titles during her career, all of which added to her wealth.

The prominent actress has light brown hair and blue eyes. She stands at a height of 4ft 10ins (1.47m), while her weight and vital statistics are currently unknown.

Dawn has had many other interests; she ran a clothing store in San Francisco, and later worked as a counselor for budding child actors and their parents, sharing with them her own experiences, the pros and cons of the industry on the whole.

She is an avid fan of motorcycles and has her own small motorbike, while she also enjoys riding on the back of her husband’s Harley Davidson motorcycle. Moreover, Dawn is rather active despite her age, and enjoys hiking, snorkeling, and other outdoor activities, while indoors, her favorite pastime activity is reading books, and watching films with her husband.

She has helped her brother and mother financially throughout her life, despite Leif becoming far more well-known than her. He has had money problems all his life, and has filed for bankruptcy.

Known for his controversial life, he has been using drugs since he was 14, and was involved in a drunk-driving accident in which his friend Roland Winkler was left paraplegic, who later sued him and caused Leif numerous financial problems. Leif was arrested several times for drug possession, most recently in 2010, after which he entered yet another rehabilitation program.

He published his autobiography “Idol Truth” in 2019, in which he wrote about his career and life among other things, and the fact that Jim Haas was used as a lead singer on many of his songs, to smooth over Leif’s uneven vocals.

During live shows and concert tours, Jim would be behind a curtain, and sing instead of Garrett.

As a teen idol, Leif dated a number of celebrities, and in his early 20s. From 1980 until 1985 he was in an on-again-off-again relationship with actress Nicollette Sheridan, and had romances with Kristy McNichol, Justine Bateman and Tatum O’Neal, while he also had a long-term relationship with actress Elaine Blistad in the ‘90s; she sadly died in 1999 of a heart problem.