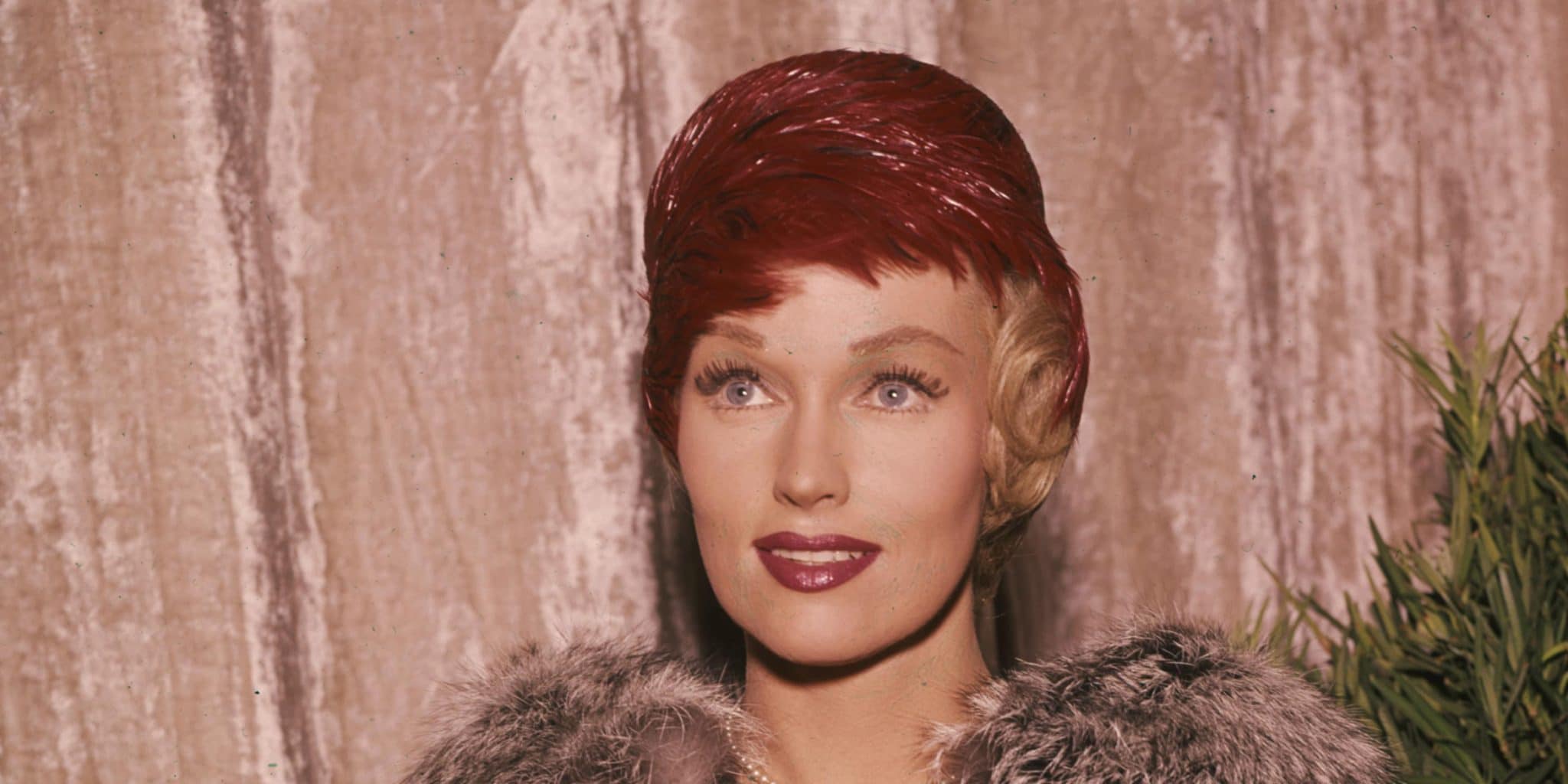 Who is Karen Steele?

Karen Steele was an American actress and model, who is probably best remembered as Virginia in the film “Marty” (1955), and as Mrs Lane in the film “Ride Lonesome” (1959), among other characters that she portrayed in her two-decade-long career before she focused on other interests.

Karen lived in Golden Valley, Arizona with her husband from the mid- ‘70s. However, their idyllic life was cut short in the late ‘80s when she was diagnosed with cancer. She passed away on 12 March 1988, just eight days shy of her 57th birthday, at the Kingman Regional Medical Center in Kingman, Arizona USA.

Karen Steele was born on 20 March 1931, in Honolulu, then Territory of Hawaii, USA to Percy Davis Steele, a career US Marine, and Ruth Merritt. Of English ancestry on her father’s side, and of French and Danish ancestry through her mother, Karen grew up in Honolulu, making friends with children of various heritage, including Japanese and those from Polynesian islands, which made her fluent in several languages, in addition to English. After high school, Karen enrolled at the University of Hawaii, after which she studied acting at Rollins College in Florida for a year, before her career took off, first as a cover girl and model, and later an actress.

At 13 years old, Karen suffered a terrible accident that could have resulted in a leg amputation. Her leg was cut by coral segments, and she later developed osteomyelitis with an infection so severe that amputation was a possibility, one of the solutions. However, a doctor from Hong Kong was brought to Hawaii who treated the infection successfully, although Karen’s leg had to be rebuilt using wires and metal, after which she wasn’t able to walk, after 22 operations. Karen started a rehabilitation process during which she began walking again.

Karen’s first professional work as an actress was in the early ‘50s, on the radio program “Let George Do It”, while her first on-screen appearance was an uncredited role in the comedy-drama film “The Clown”, starring Red Skelton, Jane Greer and Tim Considine. Next, she portrayed Marge in the drama film “Man Crazy”.

It was in 1955 that Karen secured her first major role, as Virginia in the Academy Award-winning romantic drama film “Marty”, starring Ernest Borgnine, Betsy Blair and Esther Minciotti, actually securing the role thanks to a mix-up, as the director Delbert Mann and writer Paddy Chayefsky confused her with another actress who came from New York. However, she received praise for her portrayal, and then continued her career as Polly Craven in the romantic drama film “Toward the Unknown” in 1956, then starred in the war-drama film “The Sharkfighters”, alongside Victor Mature and James Olson.

Karen enjoyed success throughout the ‘50s, and in 1957 starred in the drama film “Bailout at 43,000”, alongside John Payne and Paul Kelly, and the same year co-starred with Randolph Scott and John Carroll in the western drama film “Decision at Sundown”. In 1958 she was the femme fatale in the film “Westbound”, teaming up again with Randolph Scott, and her next film – “Ride Lonesome” – also featured Scott by her side.

She started the next decade with the role of Alice Scott in the Academy Award-nominated historical crime-drama film “The Rise and Fall of Legs Diamond”, starring next to Ray Danton and Elaine Stewart.

The same year, she guest-starred in the TV series “The Alaskans”, and continued through the ‘60s with numerous guest-starring roles. Her acting portfolio is rich with television appearances, which includes the Primetime Emmy Award-nominated TV action crime-drama series “77 Sunset Strip”, then the eponymous western series “Bonanza”, while she also featured in the TV series “Rawhide” which starred Clint Eastwood, and the Primetime Emmy Award-winning thriller crime-drama series “The Naked City”.

All of these were before 1965; she then continued her career with appearances in such TV series as “Get Smart”, “Star Trek: The Original Series”, and “Flipper”, among others in the second half of the ‘60s.

End of Career and Later Life

She lost her agent at the start of the ‘70s after declining a role in the TV series that would pay her $78,000. Instead, she opted for a famous handshake tour, during which she visited military bases in the South Pacific.

This ended her career in the early ‘70s, with her last appearance in the film “Trap on Cougar Mountain”, in which she starred alongside Keith Larsen and Eric Larsen. She then focused on charitable work, collaborating with a number of philanthropic organizations until she died in the late ‘80s.

Karen married Dr. Maurice Boyd Ruland on 17 June 1973, who worked as a psychiatrist at the Mohave Mental Health Clinic. They didn’t have children, but were married until her premature death.

Karen Steele’s net worth was estimated to be around $1.5 at the time of her death, which she earned through her successful career as an actress, during which she appeared in more than 75 film and TV titles. Her work as a model and a cover girl also added to her wealth.

Karen was dubbed as one of the most beautiful actresses of her time, with her platinum blonde hair and sparkling blue eyes. She was 5ft 6in (1.68m) tall, while her weight was around 128lbs (58kgs), with vital statistics of 33-25-35, and bra size 38B.