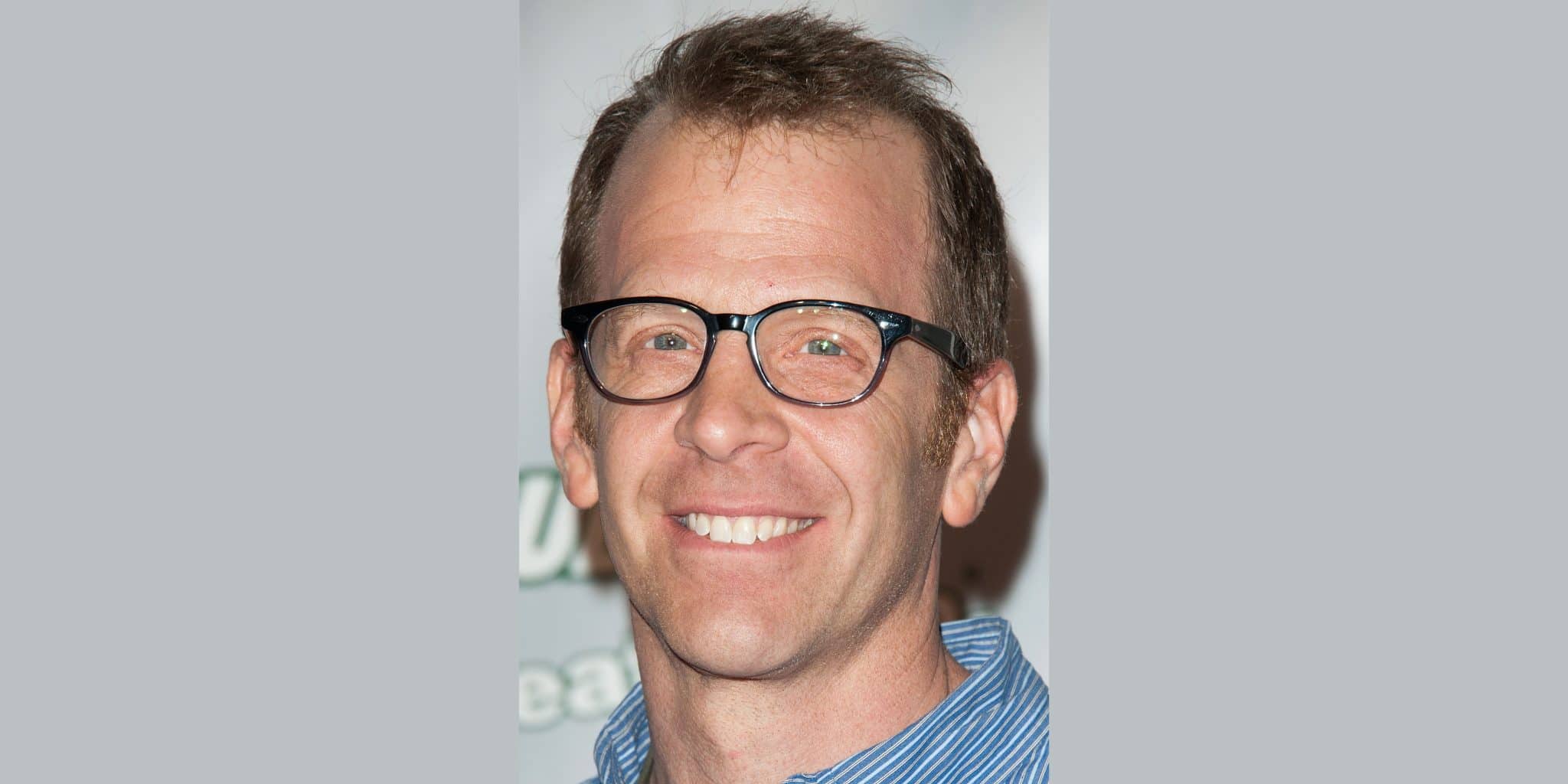 Warren Lieberstein is a American former actor, turned writer and producer, perhaps best known for writing and producing the Emmy-winning NBC series “The Office”. He’s also recognized as the actress Angela Kinsey’s ex-husband. In this biography, you’ll find all there is to the writer, his early life, his career, and why his marriage hit the rocks, so keep on reading.

Warren Keith Lieberstein was born on 20 September 1968, under the Virgo zodiac sign, in Westport, Connecticut USA, into a Jewish family. Warren might have a mixture of White Caucasian and Jewish ancestry, but he’s a proud American.

His parents, Stanley and Judith Lieberstein had their children in quick succession. The oldest, Susanne Dari Daniels (née Lieberstein) was born in 1965, and Paul followed two years later, so is a year older than Warren.

As for Warren’s educational background, he matriculated from Staples High School, a public school in his hometown of Westport, Connecticut, in 1986.

Warren started his career in entertainment as an actor. At the age of 27, he made his debut as Justin in John F. Sullivan’s indie film, “Sleepover”, released in 1995, and cast alongside Karl Giant, Ken Miles, and Michael Albanese. In the same year, he appeared in a minor role in the episode “Truth or Consequences” in The WB’s drama series, “Hyperion Bay”.

Lieberstein also took on a voice acting role in the “Bills are Meant to be Broken” episode of “King of Hill”, Fox’s animated sitcom. Warren then made a guest appearance in the seventh season of “The Office” when he played Rory Flenderson, brother of Toby Flenderson (played by Paul Lieberstein).

Warren Lieberstein made his official debut as a screenwriter with The WB’s comedy sketch show “Hype” (2000), however, the series was scrapped after its first season. Three years later, Warren worked on The CW’s sitcom “All of Us” (2003), specifically the episodes “I Saw Tia Kissing Santa Claus” and “Birthdaze”.

At the start of its sixth season, Warren became a producer of “The Office”, and from 2009 through 2013, he served in various capacities, bringing the scripts churned out in the writing room to life. By the time the show had run its course, Warren had produced 97 episodes on his first work at being a producer!

Later in 2013, Warren joined the American sitcom “Back in the Game” as a co-executive producer and writer. Subsequently, in 2017 he contributed his skills as a screenwriter and consulting producer to the show “Hit the Road”.

In 2010, Lieberstein was nominated for a Writers’ Guild of America award for his stellar contribution to “The Office”.

Warren Lieberstein met the American actress Angela Kinsey in 2000. On 18 June 2000, the couple married in a private ceremony, and they eventually welcomed a daughter they named  Isabel Ruby, on 3 May 2008. However, Lieberstein and Kinsey divorced in June of 2010, citing irreconcilable differences. The duo apparently parted amicably, and continued to co-parent their daughter.

On 21 September 2014, Warren welcomed a child with the TV director and producer Audrey Wauchope, and they named her Hazel Flora Lieberstein. He married Audrey on 3 July 2016, and they welcomed another daughter, Sadie Hope Lieberstein, on 24 June 2017.

Despite his public marital issues, Warren is a girl dad who his daughters adore. Warren now lives with his wife and children in Los Angeles, California.

Warren Lieberstein is 6ft 3ins (1.9m) tall, and weighs around 180lbs (82kgs). He has short brown hair and brown eyes. His dressing style is more formal, suits for public appearances, and button-down shirts for casual outings.

As a screenwriter and producer, Warren reportedly earns between $60,000 and $100,000 yearly. However, his net worth is estimated to be close to $2 million, while his ex-wife Angela Kinsey is reputedly worth $8 million.

Who is Angela Kinsey?

Angela Faye Kinsey is an American actress, perhaps best known for her role in “The Office” as Angela Martin, from 2005 through 2013.

She was born on 25 June 1971, in Lafayette, Louisiana. She has three siblings, namely Janet Lee Kinsey, Billie Joe Mullins, and Tina Harrington.When Angela was two, the entire family moved to Jakarta, Indonesia, due to her father’s job as a drilling engineer. While there, she attended the Jakarta Intercultural School.

The Kinseys returned to the US 13 years later, and settled in Archer, Texas. Upon matriculation from high school, Angela was accepted at Baylor University, where she studied English, took theatre classes, and participated in various productions, before obtaining her Bachelor of Arts degree in 1993.

Angela Kinsey started her career in entertainment right after college, working as an intern on the talk show “Late Night with Conan O’Brien”. Subsequently, she moved to Los Angeles, where she took improvisation classes at iO West and The Groundlings.

She started with a voice role, of Angela in “King of the Hill” (1997). Next, she played a minor role as Simone in “Step by Step”. Angela eventually made her film debut in 2003. as Tammy in the short film, “Career Suicide”, and then played Blanche Whitefish in an episode of “All of Us”.

Kinsey got her big break in 2005; after auditioning for the receptionist Pam Beesly in “The Office”, the producers told her that she was too feisty for that, role and cast her as Angela Martin instead, landing the role that would eventually shoot her to stardom. She was a regular on the series between 2005 and 2013, winning two awards from the Screen Actors Guild in 2007 and 2008.

Angela next starred in the Netflix Original series, “Haters Back Off” (2016-17), in which she played Bethany, mother of the talentless wanna-be star Miranda Sings. Then in 2019, she portrayed Helen Kreyman, Jodi’s mother, in the Netflix teen rom-com, “Tall Girl”.

Six years after her divorce, Angela found love again, and became engaged to American actor Joshua Snyder in August of 2016; they married in a private Topanga (California) ceremony in November that year.

In September of 2019, Kinsey announced her podcast with former “The Office” co-star, Jenna Fischer, called “The Office Ladies”, which involves them telling all the behind-the-scenes stories about each episode of “The Office”. Their podcast won the “Podcast of the Year” award at the iHeart Radio Podcast Awards, 2021.

Speaking of co-parenting with her ex-husband, Angela told the HuffPost, ‘I’m really fortunate because my ex- and I are good friends, and I talk to him every day. We may not be a traditional family, but families come in all shapes and sizes’.