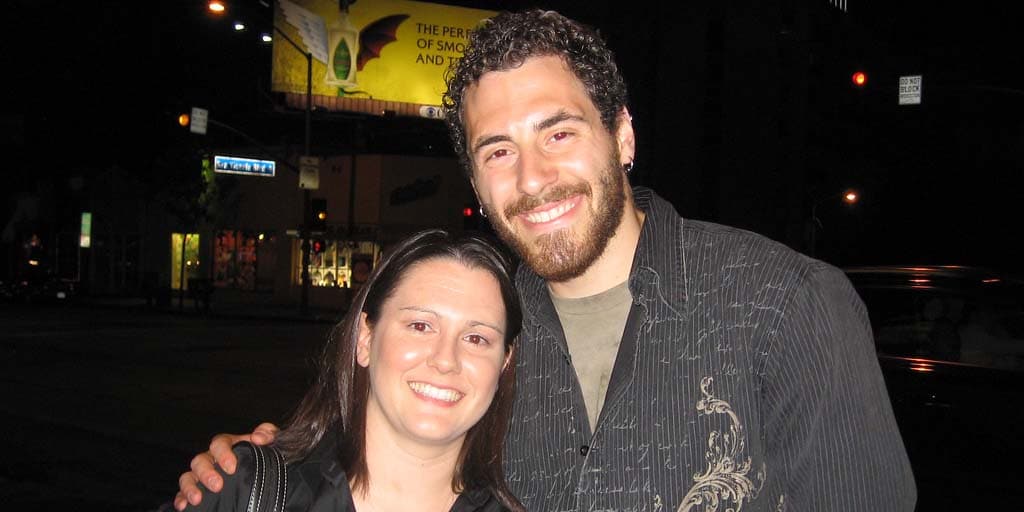 Who is Michael Galeotti?

Michael Galeotti was a musician and a former member of the indie band entitled “Enation”, who gained worldwide popularity after marrying the “One Tree Hill” actress Bethany Joy Lenz. He was born under the Zodiac sign Virgo on 28 August 1984, in Long Island, New York, USA, but died on 11 January 2016 at the age of 31, according to the reports, from heart disease.

Nothing is known about his family, background, and early life. Even while he was married to Bethany, he rarely shared any personal information, and seemed to enjoy staying away from the public eye. Furthermore, his educational qualifications are unknown.

In 2003, the actors and musicians Jonathan Jackson and Richard Lee Jackson founded the indie rock band which they named “Enation”. The following year, Michael, the keyboardist, and Amber Sweeney, vocalist, joined the band, and the group released their debut album “Identity Theft”, and their first single “Ride”, which was featured in the popular thriller movie “Riding the Bullet”, based on the eponymous book by Steven King.

While Amber left the band in 2005, Michael continued working with the Jackson brothers, and in 2007 they released two albums, “Where the Fire Starts” and “Soul & Story: Volume One”.

In 2008, the soundtrack “Feel This” sung by Michael’s then-wife Bethany, from their album “World in Fight”, was featured in the fifth season finale of the teen/drama series “One Tree Hill”, after which the song became an instant hint, landing in the top 10 iTunes rock charts.

Reportedly, while Bethany was married to Michael, she accompanied the group on some of their recording sessions and pitched in ideas, which seriously contributed to the band’s popularity. At the time, “One Three Hill” was one of the most-watched and popular series, and for “Enation” to have one of their songs featured in the season’s most important episode was a complete success.

Additionally, the band made an appearance playing the track in the same episode. The band would record three more albums with Michel – “Falling Into Sound: The Early Sessions”, “The Madness of Love: World in Flight Bonus EP”, and “The Future is a Memory: Live”. In 2012, Michael left the group for unknown reasons, but the band which now consists of the Jackson brothers and Jonathan Thatcher, is still active and performing.

His dating history largely remains a mystery. Michael and Bethany met in 2005, and they tied the knot after just a month of dating. On 17 February 2011, they welcomed their daughter Maria Rose Galeotti. Reportedly, the then-couple faced numerous hardships, and separated the following year.

There were some rumors indicating that Michael had a propensity for excessive alcohol consumption, as he was arrested for drinking under the influence (DUI) on several occasions and reportedly even did time for it.

Bethany posted to her social media: ‘I am also very private about my personal life. In fact, the only reason I’m saying anything about this at all is that you’ll all be wondering soon why everyone is calling me ‘Bethany Joy Lenz’ again. I’m sorry to say that Michael and I have decided to divorce.’

According to the reports, they remained good friends, as they wanted to focus on raising their daughter. Bethany was granted custody over then-one-year-old Maria Rose, and the two resided in Los Angeles.

In the days before his unfortunate death, Michael had been diagnosed with several heart problems, including high cholesterol, hypertension, and diverticulitis resulting in severe abdominal pain. He spent some time in a hospital, and was discharged of his own volition. That proved to be a bad decision for Michael, who was later found dead by his friends in his house. After the autopsy, it was determined that Michael had no illegal substances in his bloodstream, and the official cause of death was ruled to be atherosclerotic heart disease.

What was his net worth?

At the time of his death, his estimated net worth was around $1 million, acquired as a musician. On the other hand, his ex-wife’s net worth is estimated at around $6 million.

Who is Bethany Joy Lenz?

Bethany Joy Lenz, known as a songwriter, singer and producer, was born in Hollywood, Florida, USA, to Robert George Lenz and Catherine Malcolm Shepard. She began her career in the entertainment business as a model, appearing in various commercials for brands such as “Eggo Waffles” and “Dr. Pepper”. She made her TV debut at the age of twelve, starring in the teen/drama series “Swans Crossing”.

In 1998, she landed a recurring role in the popular drama series “Guiding Light”, which contributed gravely to her popularity and rise in the entertainment business.

Bouncing between roles in the movies and TV series such as “Mary and Ronda”, “Charmed”, and “, “Felicity”, Bethany was cast as one of the main characters, Hayley Scott, in the drama series “One Tree Hill”, which successfully catapulted Bethany and the rest of the cast into stardom. The show ran for nine episodes, earning the rating as one of the greatest series of all time.

After the series was concluded in 2012, Bethany focused on various other TV appearances, which include a variety of shows, including “Colony”, “American Gothic”, and “Grey’s Anatomy”.

Besides acting, she’s been active in the music industry as both a songwriter and singer. While Bethany worked on “One Tree Hill”, she released several songs, including “When the Stars go Blue” for the show, and others such as “Come on Home”, and “Song in My Pockets”. Over the years, she teased with an upcoming album, which finally arrived in 2013, entitled “Your Woman”. Regarding her latest projects, in 2020 she released her Christmas album “Snow”.

When it comes to her acting, it appears that over the last couple of years, she’s focused on starring in various TV films, which include “Bottled with Love”, “A Valentine’s Match”, and “Just My Type”.