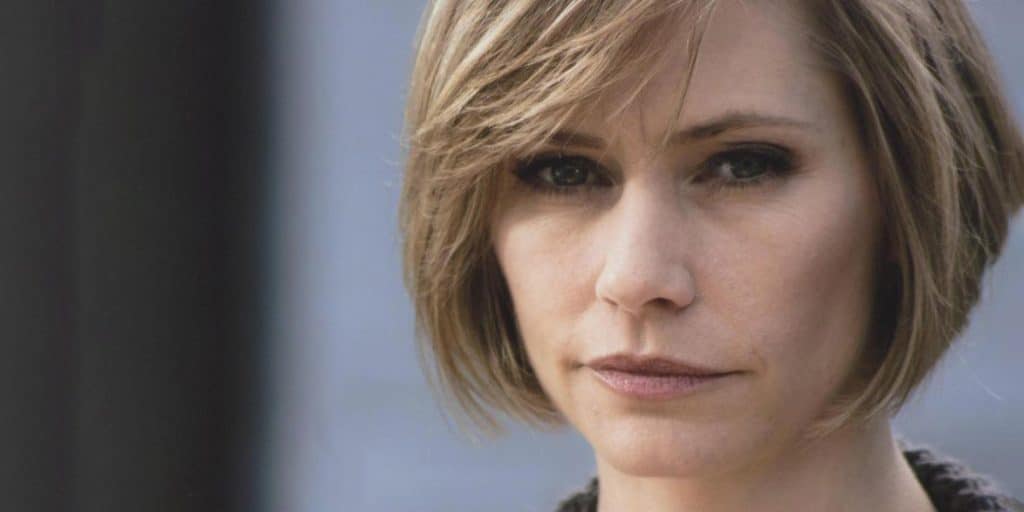 All About Meredith Monroe aka Haley Hotchner on Criminal Minds

Who is Meredith Monroe?

Meredith Leigh Monroe was born in Houston, Texas USA, on 30 December 1969 – her zodiac sign is Capricorn, and she holds American nationality. She’s an actress with close to 80 credits to her name, while she’s perhaps still known best for her portrayal of Andie McPhee, in the romantic drama series “Dawson’s Creek”, created by Kevin Williamson, and which starred James Van Der Beek, Katie Holmes and Michelle Williams. The series follows four friends growing up in a small coastal city, aired from 1998 to 2003, and won six of the 32 awards for which it was nominated.

Meredith spent the first two years of her life in Houston, and after her parents divorced, she moved with her mother to Hinsdale in Illinois; because she hasn’t spoken of her siblings, it’s widely believed that she’s an only child.

Meredith attended Hinsdale Central High School, and was interested in various activities during her four years there, while she was hoping to launch her career as a model upon matriculating in 1987, so then moved to New York City, wanting to do just that. Meredith spent the following nine years appearing in various commercials, while she was also featured in several magazines.

Meredith made her debut TV series appearance with her portrayal of Tracy Daiken in the 1997 episode “Everybody Wants It” of the drama “Dangerous Minds”; she then made a guest appearance in an episode of numerous series by the end of the ‘90s, such as the comedy “Jenny”, the sports comedy “Hang Time”, and the drama “Promised Land”.

In 2004, Meredith was cast to play Michelle Turner in the critically acclaimed crime comedy drama “Joan of Arcadia”, created by Barbara Hall, and which starred Amber Tamblyn, Joe Mantegna and Mary Steenburgen. The series follows God while he’s giving assignments to a teenage girl, aired from 2003 to 2005, and won 10 of the 40 awards for which it was nominated, including four Primetime Emmy nominations. Meredith then returned to guest starring, and some of her other notable performances in the 2000s were in the mystery crime drama “Cold Case”, the romantic comedy “Living with Fran”, and the mystery crime drama “CSI: Crime Scene Investigation”.

Between 2005 and 2013, she portrayed Haley Hotchner in 14 episodes of the mystery crime drama “Criminal Minds”, created by Jeff Davis, and which starred Matthew Gray Gubler, Kirsten Vangsness and A. J. Cook.

The series follows the work of the FBI Behavioral Analysis Unit, which is made up of profilers trying to catch serial killers; it aired from 2005 to 2020, and won 23 of the 61 award for which it was nominated, including three Primetime Emmy nominations.

Three of Meredith’s most recent roles in TV series have been in the 2015 episode “Habeas Corpse” of the crime comedy drama “Castle”, the 2019 episode “School” of the action crime adventure “S.W.A.T.”, and 10 episodes of the hit mystery thriller “13 Reasons Why” between 2018 and 2020.

Meredith made her debut film appearance in 1997, with her portrayal of Weather Girl in the drama “Strong Island Boys”; a couple of her following roles were in the 1997 family science fiction comedy “Norville and Trudy”, the 1999 biographical family adventure “Beyond the Prairie: The True Story of Laura Ingalls Wilder”, and the 2000 crime thriller drama “Fallen Arches”.

She gained recognition in 2002, when cast to play Pre-Crime Public Service Announcer in the critically acclaimed mystery crime action “Minority Report”, directed by Steven Spielberg, and which starred Tom Cruise, Colin Farrell and Samantha Morton. Set in the near future, the film follows a special police unit which is able to catch killers before they actually kill someone, while an officer from the unit has now been accused of a future crime; it won 20 of the 112 awards for which it was nominated, including an Oscar nomination.

Meredith was then cast to play supporting characters in the 2002 romantic sports comedy “Full Ride”, the 2003 comedy drama “Manhood”, and the 2004 action horror thriller “Vampires: The Turning”.

She’s also known for her portrayal of Phaedra, in the 2009 romantic comedy drama “Wake”, directed by Ellie Kanner, and which starred Bijou Phillips, Ian Somerhalder and Jane Seymour. The movie follows an emotionally isolated girl who decides to attend strangers’ funerals. In 2011, we saw Meredith appear in the hit action science fiction adventure “Transformers: Dark of the Moon”, which won 10 of the 55 awards for which it was nominated, including three Oscar nominations.

Three of her most recent film roles have been in the 2013 mystery thriller “Secret Liaison”, the 2015 short crime drama “Burned”, and the 2016 comedy “The Edge of Seventeen”.

She has made a guest appearance in several talk-shows, including “E! Behind the Scenes” and “Rove Live”.

In 1999, Meredith was nominated for a Teen Choice Award for TV – Breakout Performance, for “Dawson’s Creek”.

Meredith prefers to keep the details of her love life to herself, but it’s still widely known that she’s a married woman. In August 1999 she exchanged vows with the talent agent and manager Steven Kavovit in Hawaii; the ceremony was rather modest, and only their closest friends and family members attended. In 2014, Meredith gave birth to their twins, a son and a daughter; not a lot is known about her children, as she prefers to keep them away from the media’s attention.

Neither Meredith nor Steven have spoken of any other people whom they had perhaps been with prior to meeting each other in 1997, and as of October 2021, Meredith’s married to Steven Kavovit, and they have two children.

Meredith loves being outdoors, and enjoys spending time with her friends; some of her favorite things to do include sit and chat in parks, play darts, and go bowling.

She’s passionate about travelling, and has been all around the US, mostly to shoot for her movies and TV series. Meredith has also visited several European and Asian countries, and her dream travel destination is Reykjavik in Iceland.

Meredith is physically very active, and has four to five training sessions at the gym every week.

She has her own favorite actors and actresses, some of whom are Tom Hanks, Al Pacino and Angelina Jolie; a couple of her favorite movies include “Sleepless in Seattle”, “Scent of a Woman” and “Mr. and Mrs Smith”.