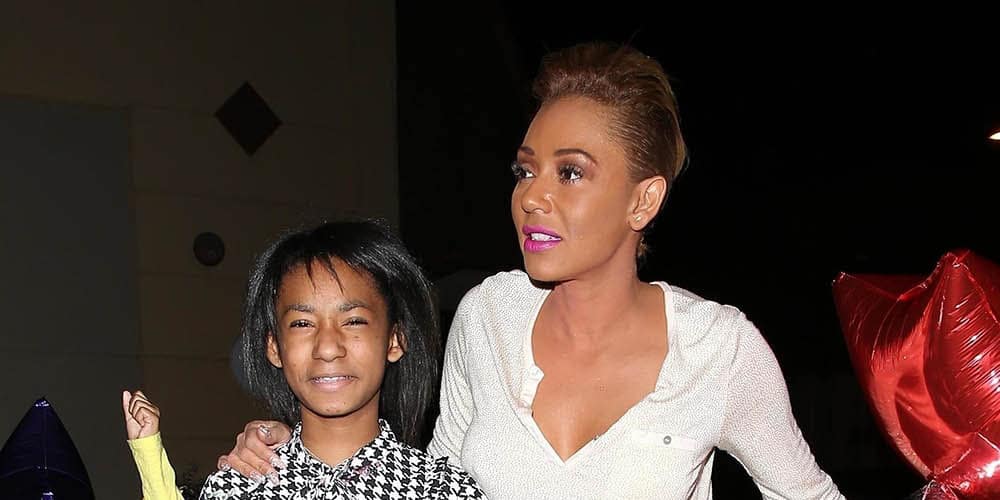 Who is Angel Iris Murphy Brown?

Angel Iris Murphy Brown is a celebrity child, whose parents are singer Mel B and actor Eddie Murphy. Angel Iris was born on 3 April 2007 under the Aries zodiac sign, in California, USA. Her parents dated from late 2005 to late 2006, and during this time, Mel B became pregnant and gave birth to Angel Iris. Her relationship with Eddie was rather turbulent, and after Angel Iris’s birth, Eddie denied paternity claims made by Mel B. He stated that the unborn baby could be anyone’s, but the whole case went to court, and a DNA test was ordered which confirmed that Murphy was the father.

Subsequently, Eddie agreed to pay Mel B $7 million, and is due to pay $42,142 every month to his daughter until she turns 18 years old. This has made Angel rather rich at a very early age, amassing wealth estimated at over $1 million at 14 years of age.

Melanie Janine Brown was born on 29 May 1975 under the Gemini zodiac sign, in Leeds, West Yorkshire, England. She is the daughter of a father who hails from Saint Kitts and Nevis, and a British mother. She attended Intake High School in Rodley, Leeds, and after matriculation entered the entertainment industry.

She has talked about her struggles with reading, and at 42 years old, she was finally diagnosed with dyslexia; she also suffers from ADHD and dyspraxia.

Interested in the performing arts from an early age, at 19 years old she responded to an advertisement in The Stage magazine for an audition at Danceworks Studios in Mayfair, London. She was selected alongside Geri Halliwell, Melanie Chisolm, Victoria Adams and Michelle Stephenson from over 400 women to form the group known as Touch. Michelle was replaced by Emma Bunton, but the group disliked the way their career was heading, and broke their contract with Heart Management.

After an extensive search for a new record label, they acquired the assistance of Simon Fuller, signed with Virgin Records, and changed the name of the group from Touch to Spice Girls – Melanie became known as Mel B, and the rest is history.

They were active from 1994 until 2000, releasing three studio albums including “Spice” in 1996, which was also their most popular; it topped the UK and US charts, while it achieved multiple platinum status in countries all over the world. Their second album, “Spiceworld” came out in 1997, while their third and last album “Forever” was released on 1 November 2000.

The members then went on a hiatus to focus on their respective careers, but since then have reunited several times for world tours, keeping the group’s popularity at a high level, though they haven’t recorded any new material in years, except different versions of their previous hit songs, including “Wannabe”, “Spicy”, and “Spice Up Your Life”, among others.

Melanie has also released two solo studio albums, “Hot” in 2000, and “L.A. State of Mind”, but without any major success.

Mel B is also an actress, and since the first Spice Girls hiatus, has been focused on her acting career.

She’s made a number of popular appearances, including as Sandie in the romantic comedy film “The Seat Filler” (2004), starring Kelly Rowland, Duane Martin and DeRay Davis, and as Maggie Thomas in the thriller film “Telling Lies” (2008), co-starring Jason Flemyng and Jenna Harrison.

Personal Life and Net Worth

Mel B was married to Dutch dancer Jimmy Gulzar from 1998 until 2000, with whom she has a daughter Phoenix Chi Gulzar, Angel Iris’s older half-sister. She has stated that Eddie Murphy was the love of her life, though their romance was rather short.

Mel B dated film producer Christine Crokos from 2002 to 2006, which raised a few questions, though she stated that she wasn’t a lesbian nor bisexual, just that she has a huge libido and enjoys her sex life.

She was subsequently married to film producer Stephen Belafonte from 2007 until 2017, when they divorced. Mel B accused Stephen of emotional and physical abuse, after which she sought treatment for PTSD.

He rose to fame as a member of the comedy sketch show “Saturday Night Live” (1980-1984), and since then has become one of the most popular comedians to appear in Hollywood blockbuster films. Some of his most popular roles include in such films as “Beverly Hills Cop” franchise, “Coming to America”, “The Nutty Professor”, “Dreamgirls”, and recently “Dolemite Is My Name” (2019), among numerous other appearances.

In addition to his relationship with Mel B, Eddie is known for having countless affairs with women in the entertainment industry. Eddie fathered two children, Eric in 1989 with Paulette McNeely, his girlfriend at the time, and Christian, who was born in 1990, from a short relationship with Tamara Hood.

He was married to Nicole Mitchell from 1993 until 2006 with whom he had five children, Bria, Myles, Shayne, Zola and Bella, all of whom are Angel Iris’s half-siblings. After his breakup from Mel B, Eddie continued on with his love life and is now in a relationship with Australian model Paige Butcher, with whom he has a son, born in November 2018.

Eddie Murphy’s net worth has been estimated at around $200 million, as of mid- 2021, earned through his successful career in the entertainment industry, appearing in more than 70 film and TV titles. He’s currently working on several projects, including the newest installment of the “Beverly Hills Cop” franchise.