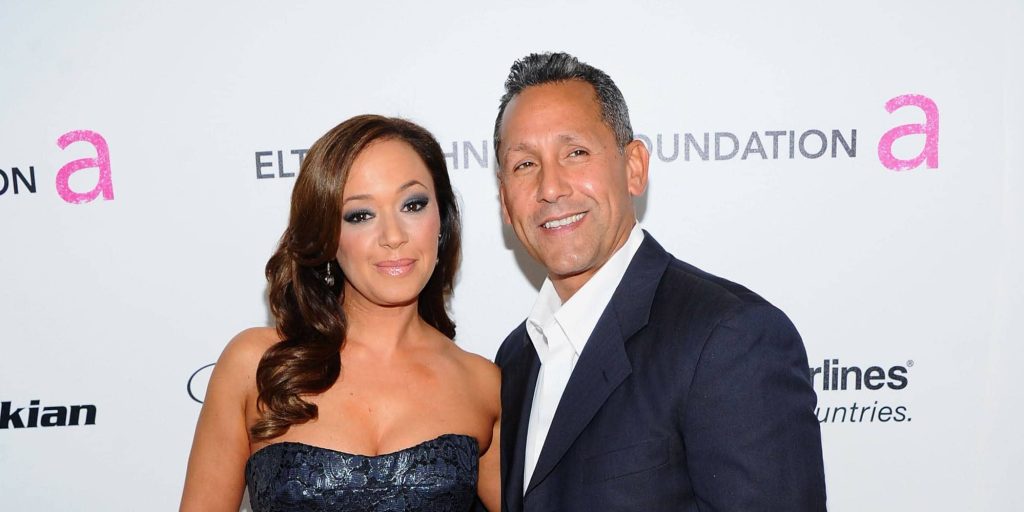 Who is Angelo Pagan?

A musician, actor and producer, Angelo Pagan was born under the zodiac sign of Taurus on 16 May 1968, in Ponce, Puerto Rico, a territory of the USA, thus he holds both Puerto Rican and American nationality, and his ethnicity is Latino. He has nearly 30 acting credits to his name, perhaps known best for his role as Torres in the movie “Swordfish”, starring John Travolta, Halle Berry and Hugh Jackman. Besides his acting, Angelo is also known as the husband of the famous “The King of Queens” actress, Leah Remini.

Angelo was raised in The Bronx, New York City, since his family moved there when he was a toddler, and although he hasn’t shared any information regarding his parents such as their names and occupations, it’s known that he has a brother and sister, namely Michael and Nicole, and four stepsisters, Shannon, Christine, Stephanie and Elizabeth.

Angelo hasn’t disclosed how he’s related to these four, but one or both of his parents perhaps remarried or had previous marriages.

Speaking about Angelo’s educational background, he attended a local high school, and upon matriculating in 1986, enrolled at the San Francisco State University in California, from which he graduated with a BA degree in 1990. Angelo had an interest in acting and performing from an early age, and while he was at college he acted in some commercials and television series, thus after he graduated he moved to Los Angeles, California to pursue his acting career. He went to auditions, but in the meantime worked as a waiter to provide for himself.

Angelo made his acting debut in 1989, in an episode of the series “Midnight Caller”, followed by his role in the TV movie “Kiss Shot”, and then waited for over five years to get minor roles in “Sleep, Baby, Sleep” and  “Virus”, before he was cast to play Bartender in the series “Fired Up”, in 1997. In the following years, he made appearances in series such as “Martial Law”, “Dharma & Greg”, and “Los Beltran”. before he portrayed Torres in “Swordfish” which was his first appearance in a blockbuster movie.

Angelo next played Agent Drake in “24”, and then acted in six episodes of “The King of Queens” alongside his wife Leah Remini, Kevin James and Jerry Stiller in this comedy drama which had 19 award nominations, including one for Primetime Emmy, and won 14.

In the early 2000s, he was cast to play Toro in “Sister’s Keeper”, an action crime thriller written and directed by Kent Faulcon, followed by his appearances in various series, such as “In the Motherhood”, “Hawthorne”, and “Shameless” before he portrayed Rick in the 2016 movie “Restored Me”. Angelo continued playing mostly minor and support roles during his career, and in the late 2000s he was seen in an episode or two of the series “Lopez”, “Kevin Can Wait” and “The Last Ship”. In 2018, he had a support role in the movie “Bella’s Story”, and two years later he was seen as Rick in “Stan the Man”, while his most recent role was in the 2021 movie “7th & Union” in which he portrayed Wayne, for the first time in the lead male role, starring alongside Erinn Westbrook and Edy Ganem.

Angelo and Leah met in the nightclub El Floridita, in 1996, where he worked as a waiter; Leah spoke about that night saying: ‘I saw him across the room and I was like, “Damn! What time do you get off?” It was like everything was wrong. Everything that you shouldn’t do as a girl is ask a guy when he gets off work, hit it real quick and there was a lot of that. It was all bad looks.’

However, it seems that her pick-up line worked, and later they both confirmed that it was love at first sight. They started dating, and although various rumors were saying that Angelo is cheating on Leah, when he proposed to her in 2002, while they were having dinner under candlelight, she said ‘yes’.

Their wedding ceremony was held on 19 July 2003, at the Four Season Hotel, in Las Vegas, Nevada, and all 125 guests remember how hot it was, although it was evening and they were beside the pool – it was 110 degrees (43 Celsius) and Leah’s fellow actor from “The King of Queens”, Kevin James said: ‘The best part was toweling off!’ However, the heat didn’t stop the bride shining in her Les Habitudes wedding dress.

Leah was a follower of Scientology from childhood, and the wedding was officiated by a minister from her Scientology center, although she subsequently left this church in 2013,.

Angelo and Leah have a daughter together, Sofia Bella Pagan, who was born on 16 June 2004, and was baptized in a Catholic church.

Sofia has three half-brothers from her father’s side; Angelo was married two times before his marriage with Leah, and with his first ex-wife, Elaine Aviles,  he has two sons, namely Angelo Alexander ‘Alex’ and Nicholas ‘Nico’ Pagan, while with his second ex-wife, Raquel Williams, he has one son, named Angelo Pagan Junior.

As of February 2022, Angelo and Leah are still in a happy marriage, and enjoying their love and raising their daughter, Sofia, in their $8.5 million- valued mansion, in Studio City, California.

Who is Leah Remini?

Leah Marie Remini was born under the zodiac sign of Gemini on 15 June 1970, in Brooklyn, New York City USA; she holds American nationality, and her ethnicity is of mixed Italian, Jewish and Austrian descent. She’s an actress with over 45 credits to her name, perhaps still known best for her role as Carrie Heffernan in the series “The King of Queens”.

Speaking about her acting career, Leah made her debut in an episode of the series “Head of the Class” in 1988, and in the following years she was seen in “Living Dolls”, “The Man in the Family”, and “Saved by the Bell”, among others, before she was cast to play Theresa in the 1995 movie “Glory Daze”.

In the following years, Leah was seen in various television series and movies, such as “Critics and Other Freaks”, “Follow Your Heart”, and “Old School”, and then in 1998 she was cast in her most notable role as Carrie Heffernan in “The King of Queens”. She is still active, although her most recent roles were in the movies “Mean Jean” and “Second Act”, in 2018.