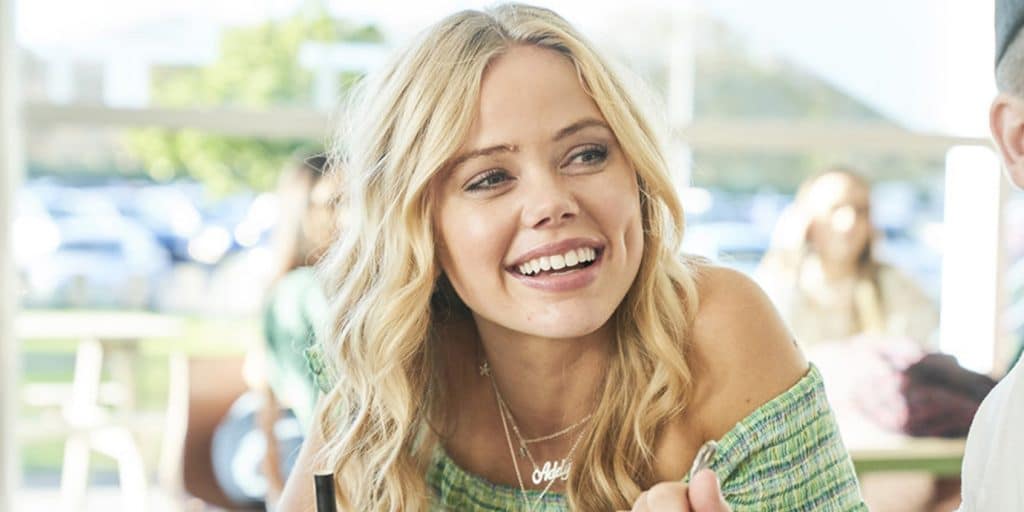 Who is Annalisa Cochrane?

Annalisa Cochrane was born in the USA, on 21 June 1996 – her zodiac sign is Cancer, and she holds American nationality. She’s an actress, perhaps known best for her roles in TV series such as “Cobra Kai”, “The Young and the Restless” and “One of Us Is Lying”.

Annalisa spent most of her childhood with her parents, Steve and Lis Cochrane, in Pune, India, before they relocated to Gig Harbor, Washington State. She has a younger sister named Carin.

She expressed interest in the performing arts at an early age, and started attending acting classes as a teenager.

In 2018, she graduated from Loloya Marymount University with a degree in communications and media studies, after which Annalise moved to Los Angeles, California, to pursue a career in the entertainment industry.

Annalisa started her career by acting in local theatre productions, and in several short movies. She made her film debut in 2014, when she starred in the short comedy “The Landlord”, written and directed by Laura Jansen. In the following year, she played one of the leads in the thriller “Flirting with Madness”, centered on a hacker who plans harsh revenge against three teenage girls who played a cruel prank on him.

In 2016, she appeared alongside Greer Grammer and Joey Lawrence, in the sports family drama “Emma’s Chance”, directed by Anna Elizabeth James. Three years later, she starred in the award-winning horror thriller “Confessional”, a murder mystery which takes place on a college campus.

Her most recent movie role was in the 2019 horror “Apparition”, written and directed by Waymon Broone, and which also starred Mena Suvari, Jon Abrahams and Kevin Pollak.

Annalisa made her TV series debut in 2015, when she appeared in an episode of the family sitcom “Baby Daddy”, entitled “Parental Guidance Suggested”.

In the following years, she appeared in an episode of several popular series, including “Modern Family”, “It’s Always Sunny in Philadelphia” and “Henry Danger”.

In 2017, Annalisa played the role of Zoey, in 12 episodes of the long-running daytime drama “The Young and the Restless”, created by William J. Bell and Lee Phillip Bell. In the following year, she starred alongside Emily Bader, in the fantasy drama mini-series “Broken Visions”. In the same year, she played the role of Shelby Dunnstock, in the comedy crime drama “Heathers”, based on the eponymous 1988 movie about an outcast girl plotting to kill a group of bullies from her school.

Also in 2018, she had a role in the short comedy “Kappa Crypto”, consisting of eight five-minute long episodes, made in an association with Snapchat. Since 2018, she has been playing the role of the ‘mean girl’ Yasmine, in the martial arts comedy-drama “Cobra Kai”, created by Josh Heald, Jon Hurwitz and Hayden Scholssberg, as a sequel to “The Karate Kid” film series. The series is set 34 years after the movies, and examines the “Miyagi-Verse” storyline from a different point of view. The first two seasons of “Cobra Kai” were released on YouTube Red, but after it was dropped by the service, it was picked up by Netflix and renewed for another season in June 2020.

It was warmly received by the public and critics alike, achieving high viewership on both Netflix and YouTube. The series is one the 200 best rated on the IMDB (Internet Movie Database) website, and was nominated for six Primetime Emmy Awards.

In 2021, Annalisa appeared in three episodes of the drama “Queen Sugar”. Another notable role for her was in the first season of the Peacock Original mystery drama series “One of Us Is Lying”, based on the eponymous bestseller novel by Karen M. McManus. It follows a group of four high school students investigating the death of one of their peers. In the series, Annalisa plays the role of Addy, a popular cheerleader, whose seemingly perfect life starts falling apart after she becomes a murder suspect. Although there hasn’t been an official confirmation from Peacock yet, the second season of show is expected to be released in late 2022.

Annalise is a very reserved person, and avoids talking about her private life in interviews and on social media, thus not a lot is known about whom she might be dating at the moment. In the past years, she was spotted spending time off-set with her “Heathers” co-star, Cameron Gellman, which sparked rumors about them possibly dating, however, those were never confirmed by either of them.

More recently, she made several public appearances with her “One of Us Is Lying” co-star, Chibuikem Uche, which made some of their fans wonder whether they’re romantically involved, but they have recently clarified that they’re just very close friends.

Annalisa currently appears to be single, hasn’t been married or engaged and doesn’t have children.

In an interview she did for “The Man Cave Chronicles” podcast, Annalisa revealed that she doesn’t like the character she plays in “Cobra Kai”, and that one of her favorite scenes from the series is the one in which she gets beaten up.

She loves to travel, and isn’t afraid to try adventurous activities such as bungee jumping and sky diving. A few years ago, she went on a trip around Europe, during which she visited the Czech Republic, Greece and Italy among other countries, while she has recently spent several months in New Zealand.

She likes to show her fashionable side on her Instagram account. Annalisa’s personal style is simple, but elegant, and her favorite ‘color’ to wear is black.

Furthermore, she has recently started modeling, and did a photoshoot in collaboration with the Los Angeles based celebrity stylist Christina J. Pacelli.

She is a big fan of horror movies, and loves both acting in them and watching them casually, with some of her all-time favorites being “Let the Right One In”, “Rosemary’s Baby” and “From Dusk Till Dawn”.