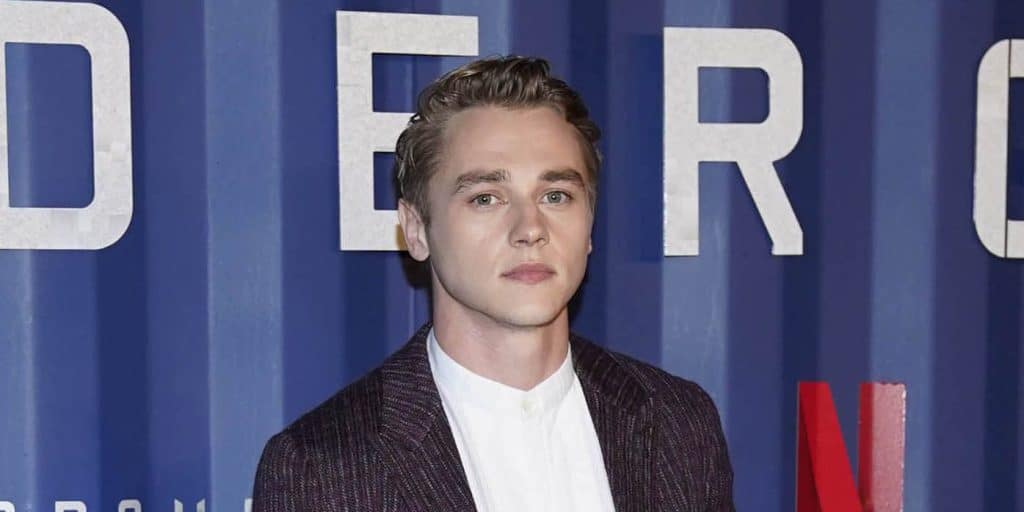 Who is Ben Hardy?

Ben Hardy is an English stage, television and film actor, best known to the world as Peter Beale in the TV series “EastEnders” (2013-2015), and as Roger Taylor in the film “Bohemian Rhapsody” (2018), in addition to several other prominent roles that he’s secured so far in his career.

Born Ben Jones on 2 January 1991 under the Capricorn zodiac sign in Bournemouth, Dorset, England, to Angela and Keith Jones, he went to Sherborne Abbey Primary School and then Gryphon School, during which time he portrayed Sergeant Francis Troy in the school film adaption of the popular 1874 Thomas Hardy novel “Far from the Madding Crowd”.

After matriculation, he enrolled at Royal Central School of Speech and Drama, from which he obtained a Bachelor of Arts degree in acting. He was more of a sportsman rather than an actor until his early teens, but his interests changed over time.

Ben started his career on stage; he was the lead in the play “The Judas Kiss”, which also starred Rupert Everett. He was then Arthur Wellesley, and his character had to perform full-frontal nudity which he would later comment on, saying that it was incredibly nerve-racking.

The play was rather successful, and he toured across England, performing in Bath, Richmond, Brighton, Cambridge and ultimately at the West End’s Duke of York’s Theatre in January 2013.

He had a minor role on-screen in the TV series “Call the Midwife” in 2012, while in 2013 he was selected for the part of Peter Beale in the soap opera “EastEnders”, replacing Thomas Law who portrayed Peter from 2006 to 2010 – Thomas was the fifth actor to portray Peter. He was rather proud of his accomplishment, as his family had been watching the show for years.

He left the “EastEnders” to pursue other opportunities, and immediately in 2016 made his break with the role of Angel in the sci-fi action-adventure film “X-Men Apocalypse”, with James McAvoy, Oscar Isaac, Michael Fassbender and Jennifer Lawrence in the lead roles.

He earned a Blimp Award nomination at Kids’ Choice Awards for his portrayal of Angel, alongside his co-stars. In 2017, he was King Arthur in a comedic take of myths and history entitled “Drunk History: UK” (2017), and the same year portrayed William Polidori in the biopic about Mary Shelley and the creation of “Frankenstein”, starring Elle Fanning, Bel Powley and Owen Richards. Moreover, he was Wade Parker in the biopic action drama about the group of elite firefighters Granite Mountain Hotshots, entitled “Only the Brave”, with Josh Brolin, Jeff Bridges and Miles Teller as the main stars.

He started the next year with the role of Walter Hartright in the TV mini-series “The Woman in White”, based on the gothic novel of the same name by Wilkie Collins, while later he was selected as Roger Taylor, the legendary Queen drummer, starring in “Bohemian Rhapsody” with such stars as Rami Malek, Gwilym Lee and Lucy Boynton, among others. He received a Screen Actors Guild Award nomination in the category for Outstanding Performance by a Cast in a Motion Picture, alongside his co-stars.

Ben continued his career with the lead role in the action-thriller film “6 Underground” in 2019, co-starring Ryan Reynolds, Melanie Laurent and Manuel Garcia-Rulfo, while in 2020 he featured in the comedy crime-thriller film “Pixie”, which starred Olivia Cooke, Fra Fee, and Rory Fleck Byrne, and in 2021 starred in Michael Mohan’s mystery thriller-drama film “The Voyeurs”, co-starring Sydney Sweeney and Justice Smith.

Ben is now working on several projects, including the romantic comedy film “The Statistical Probability of Love at First Sight”, currently in post-production, then the TV mini-series which is now filming, “The Girl Before”, in which he stars alongside Gugu Mbatha-Raw and David Oyelowo. Moreover, Ben is announced as the star of the action film “Recovery”, now in pre-production.

When it comes to his personal life, Ben was in a romantic relationship with his childhood sweetheart, Katriona Perret from 2009 until 2018 when they broke-up. Since then, Ben has been rather secretive about his personal aspirations, and according to sources, he is currently single and solely focused on his rising career.

As of late 2021, Ben Hardy’s net worth has been estimated to be around $4 million, earned through his successful career, appearing so far in 15 film and TV titles, all of which have added to his wealth.

The prominent actor has light brown hair and green eyes. He stands at a height of 5ft 9ins (1.74m), while he weighs approximately 165lbs (75kgs).

His vital statistics are currently unknown, though he has an athletic figure, and has used his perfect figure to secure new roles, including that of Peter Beale.

Ben is rather physically active, and likes to spend most of his free days outdoors playing various sports. He prefers a tennis match with his friends but also enjoys rope climbing.

He is an avid animal lover and has a pet dog named Frankie.

Although he’s not a musician, Ben to portray Roger Taylor he learned to play the drums.

Ben is a huge fan of supercars and motorsports on the whole, and he fulfilled his dreams when he went out racing around Silverstone with Anthony King.