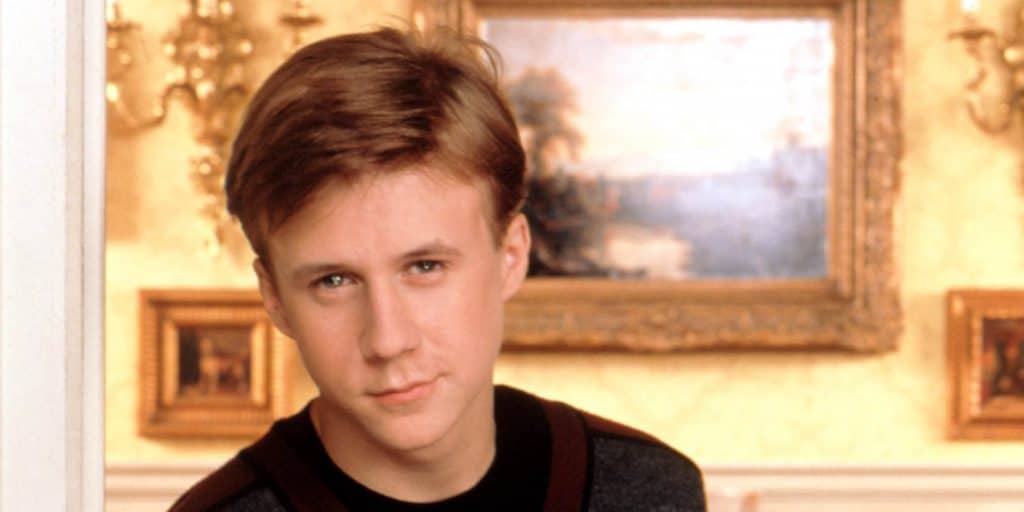 Who is Benjamin Salisbury?

Benjamin David Salisbury was born in Minneapolis, Minnesota USA, on 19 October 1980 – his zodiac sign is Libra, and he holds American nationality. He’s an actor and a dancer, with close to 20 credits to his name, while he’s perhaps still known best for his debut film appearance portraying Benjamin Harvey in the 1992 adventure comedy movie “Captain Ron”, directed by Thom Eberhardt, and which starred Kurt Russell, Martin Short and Mary Kay Place. It follows a man from Chicago, Illinois who has inherited a yacht, and has travelled with his wife and daughter to a Caribbean Island, to have Captain Ron sail them back to Miami; the movie was nominated for two awards.

Benjamin was raised in Minneapolis alongside his brother and two sisters, by their parents Mindy Jo Salisbury (nee Schneidewind) and David Arthur Salisbury; not a lot is known about his family, as they prefer to be left out of media.

Benjamin grew up being interested in acting and dancing, and was seven years old when he began practicing both. He was 12 when he made his debut film appearance in “Captain Ron”, while the following year saw him play Young Spacy in the drama “Shimmer”, directed by John Hanson, and which starred Marcus Klemp, Elijah James Shepard and Mary Beth Hurt. It follows two boys who have become friends at a juvenile detention center, and the movie was nominated for a single award.

Benjamin continued acting throughout his entire education. He studied at Wayzata High School located in Plymouth, Minnesota, and upon matriculating in 1998, he enrolled at American University (Washington, D. C.) from which he graduated with a Bachelor of Arts degree in broadcast journalism in 2002.

In 1994, Benjamin was cast to play Scout #1 in the critically acclaimed family adventure “Iron Will”, directed by Charles Haid, and which starred Mackenzie Astin, Kevin Spacey and David Ogden Stiers. It follows a young man and his sled dogs competing in a cross-country marathon.

A couple of Benjamin’s following roles were all voice overs, in the animated fantasy adventure “Virtual Oz”, the animated adventure comedy “Toto Lost in New York”, and the animated fantasy adventure “The Nome Prince and the Magic Belt”. In 1996, he was cast to play Josh in the popular action comedy drama “D3: The Mighty Ducks”, directed by Robert Lieberman, and which starred Jeffrey Nordling, David Selby and Emilio Estevez. It follows a group of hockey players who have all been offered scholarships at a preparatory school, and the movie was nominated for two awards. Benjamin’s following roles were in the 1996 animated fantasy “Who Stole Santa?” (voice role), the 1996 family drama “Guide to the World of Family Computers, Software & Games”, and the 1996 short animated fantasy “Christmas in Oz” (voice role).

His three most recent roles in movies have been in the 2002 science fiction comedy “S1m0ne”, the 2003 drama “Red Zone”, and the 2006 short drama “On the Brink”. Since 2006, Benjamin hasn’t appeared in any movies or TV series, but hasn’t officially retired from acting; he’s currently working as director of operations at Universal Studios, Hollywood.

Benjamin made his debut TV series appearance in 1993, when cast to star as Brighton Sheffield in the critically acclaimed romantic family comedy “The Nanny”, created by Fran Drescher, who also starred in it alongside Benjamin and Charles Shaughnessy. It follows a cosmetics saleswoman who has been fired, and dumped by her boyfriend, and has now begun working for a rich British widower, taking care of his three children.

The series won eight awards, including a Primetime Emmy, while it was nominated for 34 other awards.

In 1996, Benjamin portrayed Preston Beckman IV, in the episode “The Beach House” of the comedy “Kirk”, and the same year saw him appear and voice a character in an episode of both the animated short adventure “The Oz Kids” (voice role) and the drama “Promised Land”.

Benjamin’s only other two roles in TV series have been his voicing of Nachos in the English version of the 2001 animated comedy “Mahô Shôjo Neko Taruto”, and his portrayal of Docent, in the 2005 episode “Sabotage” of the mystery crime drama “Numb3rs”.

In 1993, Benjamin sang the song “The Twelve Days of Christmas” in “Christmas Episode” of the series “The Nanny”.

In 1997, he competed in the game-show “Jeopardy!”, and the same year saw him make a guest appearance in an episode of the talk-show “The Daily Show”.

In 2005, he received special thanks for the short documentary video “Making the Nanny”, in which he also featured.

Benjamin has also been nominated for three Young Star Awards, all for his performance in the series “The Nanny”.

Benjamin’s quite secretive when it comes to his love life, but it’s still widely known that he’s a married man. He exchanged vows with Kelly Murkey on 2 July 2006, in a private ceremony attended by their closest friends and family members; Kelly is a non-celebrity American, who prefers to be left out of media. In 2008, she gave birth to their daughter Tanya, their second daughter Lillian followed in 2009, and four years later Kelly gave birth to their son James.

There were rumors circulating the internet, claiming that Benjamin and Kelly divorced in 2013, but no evidence has been provided to support these claims, nor has the married couple commented on this – the rumours are false.

As of September 2021, Benjamin is married to Kelly Murkey, and they have three children together.

Benjamin likes to travel, and has been to nearly all US states for both work and pleasure, while he’s also visited various European countries, with a couple of his favorites being France, Germany and England.

He’s a lover of animals, and has had several pet cats and dogs.

Benjamin’s favorite season is winter, as he likes snow and enjoys going skiing.

He’s a philanthropist who’s donated money to various charity organizations, mostly to those which aim to help underprivileged children.

He enjoys playing golf with his friends, and was once an avid soccer player.

Benjamin has his own favorite actors and actresses, some of whom are Jim Carrey, Will Smith and Meryl Streep, while a couple of his favorite movies are “The Eternal Sunshine of the Spotless Mind”, “Seven Pounds” and “Kramer vs. Kramer”.