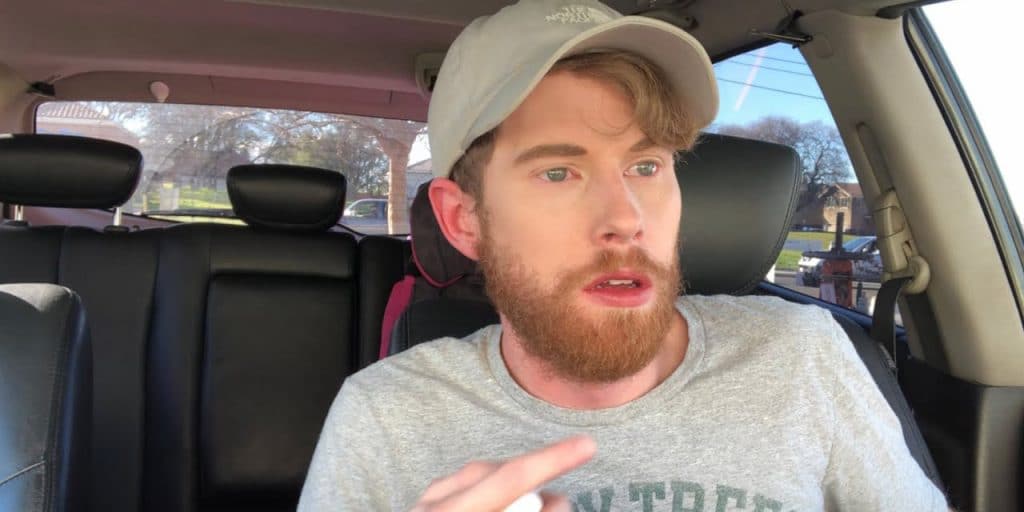 Who is Brandon Farris?

Brandon was born under the zodiac sign of Gemini on 5 June 1991, in Clarksville, Arkansas USA; he holds American nationality, and his ethnicity is White. He is a Facebook star, YouTuber, comedian, and a content creator, who is perhaps known best for his YouTube channel ‘Imbrandonfarris’, which he launched on 14 February 2013, and has gained over 3.6 million subscribers, with all of his videos combined amassing more than 832 million views. He uploaded his first video on 16 February 2013, entitled “I Play Guitar Sometimes…” which has near 140,000 views, and many of his followers were surprised how that shy, peaceful guy progressed during the years, and became world-famous mostly for his special sense of humor.

Brandon was raised in Clarksville alongside his sister Morgan Arreola, by their parents Larry and Dena Farris. Life in the cozy small town wasn’t enough for young Brandon, who dreamed of becoming an actor, or a comedian, and living in a big city.

He attended a local high school, and upon matriculating in 2009, didn’t enroll at college, as he was determined to fulfill his dream.

He started his career as a comedian sharing funny content on his Facebook page, which nowadays counts more than 4.7 million followers, however, his YouTube channel brought him more fame and popularity among his followers, and the number of them keeps rising.

Brandon uploads videos featuring him testing life hacks, trying disgusting food, testing ‘five minute crafts’, and all kinds of funny content, most of which will make you laugh, which is his intention, after all, so we will mention three of his most viewed videos.

His number one most viewed video “LIFE HACKS EVERY WOMAN SHOULD KNOW” was uploaded on 1 September 2020, and has been viewed over 10 million times; in the video he’s watching a video of a woman presenting some life hacks, and Brandon tried to check if they would work in real life.

His second most viewed video “Hilarious Viral 5 Minute Crafts”, uploaded on 24 November 2020, has gained near 10 million views, and has almost 200,000 likes; in the video, he tries ‘5-minute crafts’ in a funny way.

The third most viewed video on Brandon’s channel is “HILARIOUS 5 MINUTE CRAFTS”, which was uploaded on 13 December 2019, and since then has gained over nine million views, and nearly 170,000 likes.

Besides these, on his channel you can find other videos with interesting content, such as his cooking videos, while he uses Google translate, some extreme challenges, parodies, tags, and comedic vlogs.

Brandon has his merchandise line, which can be bought online, having designed shirts, mugs, backpacks, bags and water bottles with his image, or the phrases that he utters in the videos.

Brandon is active on social media networks, such as Instagram, TikTok, Twitch, Twitter, and Discord; on his Instagram account he has amassed a million followers, and his TikTok profile has 6.8 million followers, with all of his videos combined having over 174 million likes. His Twitch account has near 40,000 followers, and his Twitter account has been followed by about the same number; all of his profiles have the same description – ‘You Deserve to Laugh’.

Brandon hasn’t spoken about any other woman whom he has been with, except his long-term girlfriend Maria Gloria; she is also a YouTuber and Instagram influencer, and uploads videos featuring her make-up tutorials, her advice for clothing, and her vlogs about life and self-confidence.

The two met in 2014, when Brandon moved from his small town to Alaska; he was working as a waiter in a local coffee shop and was broke, without a place to stay. At that time, Maria was married, and her husband was in the army so she was living alone, with her daughter Autumn somewhere in Maryland.

In the following year, Maria divorced her husband, and continued her new life with her daughter in Sacramento, California, while Brandon moved to Los Angeles, California where he was struggling to provide for rent and food. Eventually, Maria called Brandon to come to her house, wanting to help him as a friend until he became financially stable.

Brandon made the first move and told her about his feelings, and fortunately Maria felt the same, and they started a relationship in 2016.

As of October 2021, they are still together, however, their family has increased by another member; on 29 May 2021, Brandon posted a picture of his newborn son Jameson Mercury Farris, with a funny description – among the other things, he wrote that the baby looked like his mother, Maria Gloria.

One of Brandon’s favorite hobbies is acting and doing comedy; he enjoys those moments when he makes people laugh, and will do no matter what, in attempting to make his fans smile.

In his spare time, he likes to read comic books, his favorites being “Asterix” and “The Adventures of Tintin”; he also likes to watch movies – his favorite genres are comedy and adventure, his favorite movies are “Deadpool”, “Shazam”, and “Guardians of the Galaxy”, and his favorite actors are Ryan Reynolds, Mark Strong, and Chris Pratt; when it comes to his favorite actresses, they are Zoe Saldana and Morena Baccarin.

Brandon isn’t into sports; he used to play basketball in high school, but nowadays he prefers activities such as riding a bicycle or hoverboarding, and taking long walks with his family.

From a homeless person to a famous internet personality, Brandon has come a long and difficult way, however, nowadays he has a monthly income from his YouTube channel of as much as $40,000.