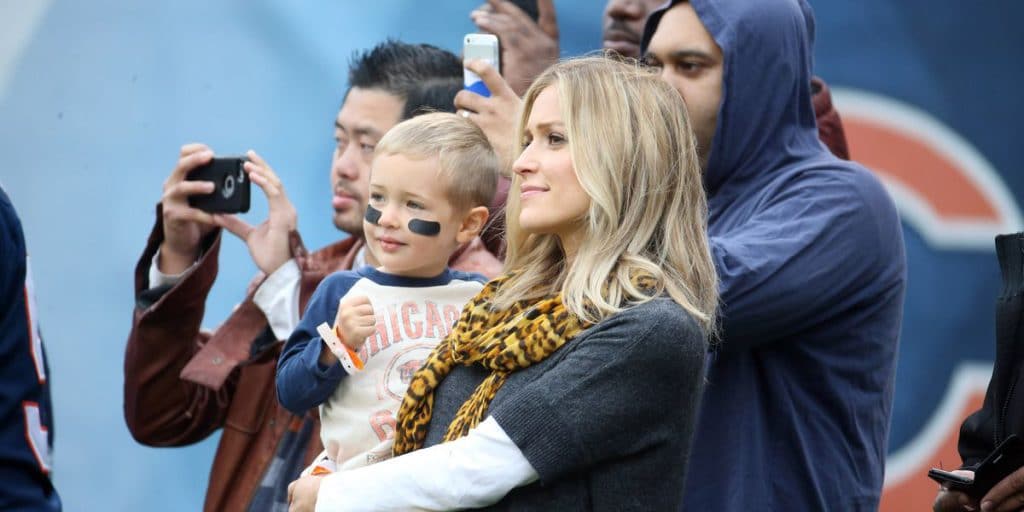 Who is Camden Jack Cutler?

Camden was born in the USA on 8 August 2012 – his zodiac sign is Leo, and he holds American nationality. He’s probably still only known for being the son of Jay Cutler, a former professional American Football player.

Camden is being raised alongside his younger brother Jaxon Wyatt (born on 7 May 2014) and younger sister Saylor James (born on 23 November 2015) in Nashville, Tennessee by their father, and their mother Kristin Cavallari, who’s a famous American TV personality and author.

Jay and Kristin are keeping their children away from the media’s attention, but it’s said that Camden is looking up to his father, and wants to become a professional football player.

He has apparently already started practicing football with his elementary school’s team, while his father tends to give him advice and exercise with him.

Camden is interested in a couple of other activities, including acting with the school’s drama club and playing the guitar.

As of December 2021, Camden doesn’t have his own independent net worth, but his father Jay’s net worth has been estimated at more than $30 million, and his mother Kristin’s at over $20 million.

Who is his father Jay Cutler?

Jay Christopher Cutler was born in Santa Claus, Indiana USA, on 29 April 1983 – his zodiac sign is Taurus, and he holds American nationality. He’s probably known best for the eight seasons which he spent playing for the Chicago Bears of the National Football League (NFL).

Jay was raised in Lincoln City, Indiana alongside his sister Jenna Cutler, by their father Jack and their mother Sandy; nothing is known about Jay’s family, as he respects their privacy. He became interested in football while attending Heritage Hills High School, and was considered to be the best player there, while he also played basketball and baseball, before choosing to focus solely on football.

Jay matriculated in 2001, and then enrolled at Vanderbilt University on a scholarship; he played for their Vanderbilt Commodores, and gained recognition during his final year with them, as he started 11 games, numbered 21 touchdowns, and so became Southeastern Conference Offensive Player of the Year. He graduated with a Bachelor’s degree in human and organizational development in 2005.

He was picked by the Denver Broncos in the 2006 NFL Draft, and signed a six-year contract on 27 July 2006, worth $48 million. Jay played as starting quarterback, and won his first game on 17 December, beating the Arizona Cardinals 37-20.

He stayed with the Broncos for three years, before being traded to the Chicago Bears in 2009, signing a two-year $30 million contract which was subsequently extended to 2017, when he signed with the Miami Dolphins. Jay was to play for the Dolphins for only one year, as in December 2017, he stated that he no longer wanted to switch teams, and would rather just retire from professional football.

Jay’s also a bit of an actor, and played a supporting character in the 2013 episode “Chalupa vs. The Cutlet” of the sports comedy series “The League”, created by Jackie Marcus Schaffer and Jeff Schaffer, and which starred Mark Duplass, Jonathan Lajoie and Mick Kroll.

It follows several old friends who are competing in a football league; the series aired from 2009 to 2015, and was nominated for a single award.

Jay’s a philanthropist, and is mostly focused on volunteering in the Vanderbilt’s program Best Buddies, which aims to help young people who are suffering from development disabilities. He started volunteering with the organization Dedicated to Diabetes, after he learned that he was suffering with type 1 diabetes on 1 May 2008.

Who is Camden’s mother Kristin Cavallari?

Kristin Elizabeth Cavallari was born in Denver, Colorado USA, on 5 January 1987 – her zodiac sign is Capricorn, and she holds American nationality.

She’s probably known best for having starred in the reality show “Laguna Beach: The Real Orange County”, created by Gary Auerbach and Adam DiVello, and which also starred Talan Torriero and Stephen Colleti. It follows eight teenagers who are living in Laguna Beach, aired from 2004 to 2006, and was nominated for four awards.

Kristin was raised in Denver alongside her older brother Michael Cavallari, by their father Dennis Cavallari, and mother Judith Eifrig. Kristin’s parents divorced when she was still very young, and she then moved to Barrington in Illinois with her mother; she was 17 when she moved in with her brother and father in Laguna Beach, California, and Kristin matriculated from Laguna Beach High School in 2005.

She was 17 when she started appearing in “Laguna Beach: The Real Orange County”, and during that time, Kristin was in a relationship with the American actor and TV personality Stephen Colletti. After the show ended, she moved to Los Angeles, and was cast to star in the reality series “Get This Party Started”, which aired its first episode in February 2006, but was cancelled after only two episodes. She was cast to appear in the reality series “The Hills” in 2009, while a couple of her following works were commentating the Academy Awards for channel E! in 2012, hosting the fashion show “The Fabulist” in 2014, and starring in the reality show “Very Cavallari” in 2018.

She’s also a bit of an actress, having made a guest appearance in an episode of a couple of critically acclaimed series, including the teen mystery drama “Veronica Mars”, the comedy “The Middle” and the mystery crime drama “CSI: NY”.

Kristin is a fashion designer too, including several shoe lines for Chinese Laundry, a jewelry collection for GLAMboutique, and another jewelry line for her friend’s company Emerald Duv.

Kristin and Jay married in June 2013; she filed for divorce in April 2020, while they’ve agreed on having joint custody of their children.