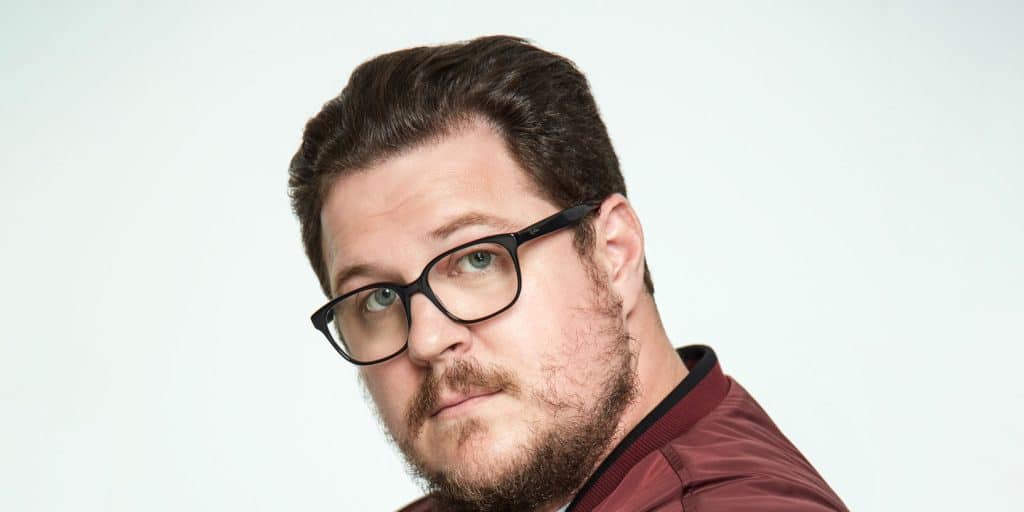 Who is Cameron Britton?

Cameron Britton is an American award-winning television and film actor, probably best known to the world as Ed Kemper in the TV series “Mindhunter”, and as Hazel in the TV series “The Umbrella Academy”, in addition to a number of other prominent roles that he’s had in his career so far.

Cameron Britton was born on 6 July 1986 under the Cancer zodiac sign, in Sonoma County, California USA. He’s the son of Julianna Martinelli, but hasn’t talked more about his parents, and hasn’t mentioned any siblings.

He attended Analy High School, which is now known as West County High School after merging with El Molino High School; he hasn’t revealed if he attended any university or not after finishing high school.

Cameron didn’t take up acting immediately after his education ended. He held several jobs, such as working as a pre-school teacher with children mostly aged two and three, for six years before he decided to try himself as an actor.

Cameron launched his professional acting career in 2014, with the role of Jeffrey Boyd in the TV documentary series “Unusual Suspects”. The same year, he appeared in the comedy film “Camp Takota”, with Grace Helbig, Mamrie Hart and Chester See in the lead roles, and appeared in the drama film “Redeemed”, starring Ted McGinley, Teri Copley and Ana Ayora. He was Mick in the mystery thriller-drama film “Day Out of Days” in 2015, and the same year was chosen for the part of Tim in the TV sci-fi crime drama series “Stitchers”, appearing in 22 episodes over two years.

Following this praised performance, Cameron was chosen for the part of hacker Plague in the award-winning crime thriller-drama film “The Girl in the Spider’s Web”, with Claire Foy, Beau Gadsdon and Sverrir Gudnason in the lead roles.

His next role was as Hazel in the TV action-adventure series “The Umbrella Academy” (2019-2020), for which he again received high praise, starring in 12 episodes, and in 2020 he was Richard Jewell in nine episodes of the Netflix-produced series “Manhunt”. Moreover, in 2020 Cameron portrayed Cyrus in the sci-fi comedy-drama film “All Earthly Constraints”, written and directed by Ryan M. Moore, starring Bre Mueck, Matthew Luret, and Daniel Robaire.

Most recently, Cameron appeared in four episodes of the Primetime Emmy Award-nominated TV comedy-drama series “Shrill” (2021), starring the “Saturday Night Live (SNL)” star Aidy Bryant, alongside Lolly Adefope and John Cameron Mitchell. Furthermore, Cameron is currently working on the TV mini-series “The Woman in the House”, which is in post-production and in which he will portray Buell. The series’ main star is Kristen Bell, while her co-stars will be Tom Riley and Rachel Ramras.

In regards to his personal life, Cameron has been rather mysterious about it.

He has rarely talked about his personal efforts, however, an Instagram post revealed that Cameron is a married man. His wife is a non-celebrity and the mother of a child who attended the pre-school in which he worked. Unfortunately, Cameron hasn’t shared any other details about their romance, including when they married. The two have a daughter together, however, he hasn’t even revealed her name. Hopefully, he becomes more open about this aspect of his life.

As of late 2021, Cameron Britton’s net worth has been estimated to be around $1.5 million, earned through his successful career as an actor, during which he’s appeared in more than 15 film and TV titles, all of which have added to his wealth.

The Primetime Emmy Award-nominated actor has brown hair and blue eyes. He’s known for his height, as he stands at a height of 6ft 5ins (1.96m), while he weighs approximately 225lbs (102kgs); his vital statistics are unknown.

An avid animal lover, Cameron was afraid of big dogs, but has now had several pets, playing and enjoying time spent with them daily.

He’s known to enjoy video games, and often loses himself with friends playing such games as “Scythe” on his Sony Playstation 4.

Cameron is a nature lover, and loves spending time outside exploring forests, parks, and mountains, away from the overcrowded cities of the US. On his travels, he usually takes his pet dog and his wife, who is also a nature admirer.

When not working, he spends a lot of time with his daughter, reading books to her and playing with her, in addition to regular parenting work.

He also loves to relax when he has a chance, by watching films of his favorite actors, including Julia Roberts, Jim Carrey, and others.