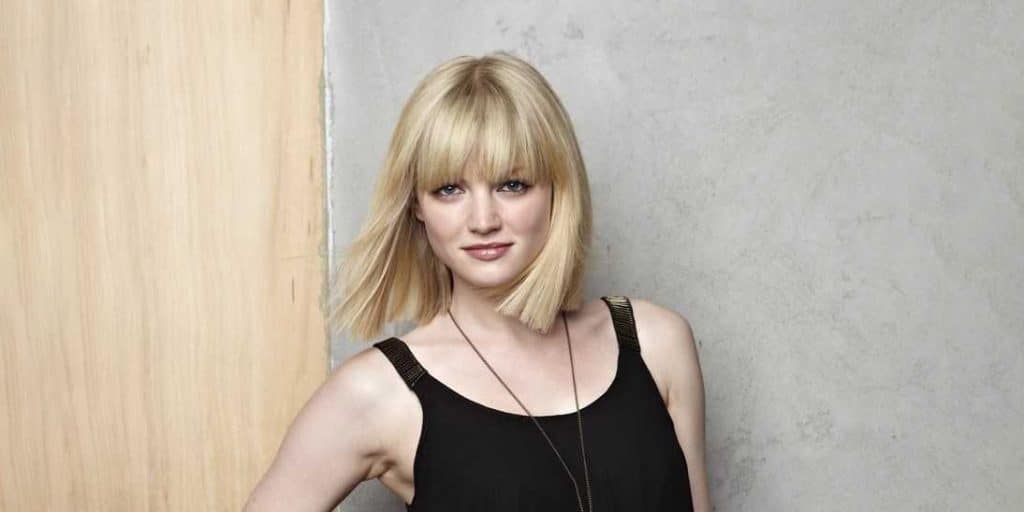 Cariba Heine is a South African-born Australian actress, perhaps still best known to the world as Rikki Chadwick in the TV series “H20: Just Add Water” (2006-2010), and also as Isabelle in the TV series “Dance Academy” (2010-2013), in addition to several other popular roles that she’s had during her career.

Cariba Heine was born on 1 October 1988 under the Libra zodiac sign, in Johannesburg, South Africa. She is the daughter of Kevin Heine, a successful businessman, and his wife Michelle, who in her prime time worked as a showgirl and later started her own dance school.

Cariba isn’t the only child as she has an older brother Kyle, who was born in 1985, and the family moved to Canberra, Australia when she was just three years old, since when Cariba has obtained Australian citizenship. Cariba started showcasing interest in dancing at an early age, and signed up for dancing lessons at National Capital Acting School. She trained in tap dance, classical ballet, jazz dance, rhythmic gymnastics and acrobatics. Moreover, she trained dancing under her mother’s guidance as she was one of her students at Michelle’s studio.

As she got older, her interest in dancing increased and during high school her classes amassed to 25 hours a week in the dancing school, in addition to her formal education at Telopea Park School, where she performed in school plays. After high school matriculation, she enrolled at St Clare’s College.

Cariba’s professional career began at just 15 years of age, including performing at the Stargazers Convention in Sydney, Australia, the youngest dancer to feature in a number of stage production, and then going on tour across the USA. Moreover, she featured in the music video for the song “Leave Right Now”, performed by Will Young.

Unfortunately, a serious hip injury stopped her pursuing her dancing dreams further, and she was then advised to switch her focus to acting.

Cariba made her debut in the role of Rikki Chadwick, one of the lead roles in the TV fantasy drama series “H2O: Just Add Water”, starring in all 78 episodes of the award-winning series, alongside Phoebe Tonkin until 2010. Meantime in 2008, she was selected for the part of Bridget Sanchez in the TV series “Blue Water High”, which lasted over one season and 26 episodes, before it ended.

The following year, Cariba portrayed Caroline Byrne in the television crime-drama movie “A Model Daughter: The Killing of Caroline Byrne”, based on true events, and co-starring Garry McDonald and David Lyons. In 2010, Cariba was chosen to play Isabelle in the TV drama series “Dance Academy”, in which she showcased her dancing skills, appearing in just nine episodes from 2010 to 2013, but it was enough to attract positive reviews. Her next role was as Katie Hill in the TV series “The Future Machine”, also in 2010, while in 2011 Cariba portrayed Ellie Carter in the television crime drama movie “Blood Brothers”, with Lisa McCune, Tony Martin and Michael Dorman in the lead roles.

Her popularity started losing its power, and she struggled to obtain new roles in the second half of the 2010s. She appeared in a couple of episodes of the TV series “Friendly Advice” in 2014, and then in 2015 portrayed Harriet in several episodes of the TV series “Hiding”. The following year, Cariba reprised her role of Rikki in the spin-off series “Mako Mermaids”, while in 2018 she appeared as Ebony Harding  in the long-running soap opera “Home and Away”. She portrayed the character in 23 episodes, after which she continued on with her career as Grace in the TV series “The Secrets She Keeps” in 2020.

Most recently, Cariba joined the cast of the award-winning comedy series “Everyone Is Doing Great”, starring James Lafferty, Stephen Colletti and Alexandra Park, and so far she’s featured in six episodes as Isabella Baker.

Cariba doesn’t like to talk much about her personal life, however, a few pieces of information have become available since she has become an international dancing and acting star. She was in a relationship with her co-star and love interest from “H2O: Just Add Water” Burgess Abernethy from 2006 to 2008. After their break up, Cariba started a romance with Jamie Timony, actor and musician, and also her co-star from the set of “H2O”.

The two have since become engaged, but haven’t set the date for their wedding ceremony.

As of late 2021, Cariba Heine’s net worth has been estimated to be around $3 million, earned through her successful career as an actress, appearing in more than 20 film and TV titles, all of which have added to her wealth.

Although she has abandoned her dancing dreams, she hasn’t left her talents to rot as she still dances for herself, and goes to several dance training sessions a week. She is rather active in the gym and still does some gymnastic exercises to stay fit. Moreover, Cariba is an active swimmer, and loves spending time in the water and on the beach enjoying the sun.

Her brother is also a skilled dancer, as the dancing talents run in the family.

She is fluent in the French language.

Cariba likes to read, and her favorite book is “Sugar High: The Unexpected Journey of an Inexperienced Type 1 Diabetic”, written by Alexandra Park.