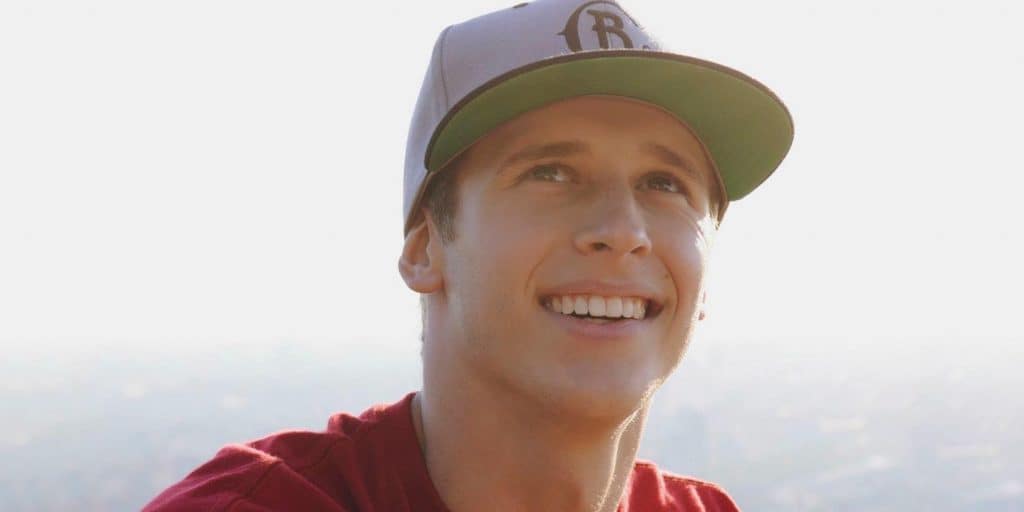 Cayden Boyd Age, Net Worth, Height. What is he doing now?

Who is Cayden Boyd?

Cayden Michael Boyd was born on 24 May 1994 under the zodiac sign of Gemini, in Bedford, Texas USA. He is a 27-year-old actor, probably best recognized for landing the role of Max in the 3D superhero adventure film “The Adventures Of Sharkboy And Lavagirl 3-D” (2005), and featuring as Ben Reynolds in the drama film “Have Dreams, Will Travel” (2007).

How rich is he, as of now? Cayden Boyd Net Worth

As of mid-2021, Cayden Boyd’s net worth is estimated at over $1 million, earned through his successful involvement in the entertainment industry, working on 30 television and film titles since he launched his career back in the early 2000s.

Cayden Boyd spent his early years in his hometown of Bedford, before he moved with his family to Los Angeles, California. He was raised by his father, Mike Boyd, who served in the US Navy as a fighter pilot, and his mother, Debbie Boyd; he has an elder sister, named Jenna Boyd, who is also an actress, known for her role as Paige Hardaway in the Netflix comedy-drama series “Atypical” (2017-2021). Cayden holds American nationality, belongs to White Caucasian ethnic group, and is a Christian.

Regarding his education, Cayden Boyd attended Village Christian School, where he played American Football and won the Wendy’s High School Heisman Award. Upon matriculating, he studied Business at Pepperdine University, California, graduating in 2016.

Cayden Boyd actually started pursuing his acting career back in 2001, when he made his debut TV appearance as Hummer in an episode of the NBC/ABC medical comedy-drama series “Scrubs”, but which went uncredited. He continued on to land small roles in such TV series as “Taina” and “The King Of Queens”.

His debut feature film role came in 2002, when he played the young Mark in Rob Lewbel’s film “Fault”. It was followed by his portrayal of Michael Boyle in the 2003 neo-noir mystery crime drama film “Mystic River”, alongside Sean Penn, Tim Robbins and Kevin Bacon. The film was directed by Clint Eastwood and nominated for six Academy Awards, in such categories as Best Director, Best Picture, and Best Adapted Screenplay. It was a huge box office hit, grossing over $155 million against a $25 million budget. During the same year, Cayden was also cast as Jared in the independent comedy film “Exposed”, and played a small role in Mark Waters’ fantasy comedy film “Freaky Friday”, which was both a critical and commercial success.

At the time, he also appeared in a commercial for McDonald’s, which in 2003 earned him a Young Artist Award nomination for Best Performance in a Commercial.

In 2004, Cayden Boyd landed a small role in the dark comedy film “Envy”, next to Jack Black and Ben Stiller, and then featured as Timmy in the sports comedy film “Dodgeball: A True Underdog Story”, written and directed by Rawson Marshall Thurber. His big break came in 2005 when he was chosen to portray Max in the 3D superhero adventure film “The Adventures Of Sharkboy And Lavagirl”, which was co-written and directed by Robert Rodriguez. He shared the screen with Taylor Lautner, David Arquette, and Kristin Davis.

At the time, he also guest-starred in such TV series as “Century City”, “Cold Case”, and “Night Stalker”, among others. It was followed by his portrayal of the young Warren Worthington III in the 2006 superhero film “X-Men: The Last Stand”, directed by Brett Ratner. It’s the third installment in the “X-Men” franchise, featured such actors as Hugh Jackman, Halle Berry, and Ian McKellen, was a huge commercial success grossing over $460 million worldwide, but critical reception was mixed.

Cayden Boyd’s next major role came in 2007, when he featured in the lead role of Ben Reynolds in Brad Isaacs’ drama film “Have Dreams, Will Travel”, opposite AnnaSophia Robb; it was originally titled “A West Texas Children’s Story”.

In the next year, he was cast as the young Michael Taylor in the drama film “Fireflies In The Garden”, along with William Dafoe, Julia Roberts and Ryan Reynolds.

He then became inactive in the search for major roles, and his next significant appearance came in 2014, with the role of Isaac in the made-for-TV drama film “Expecting Amish”, broadcast on Lifetime Network. Also through 2014 and 2015, he took the supporting role of Brian in the MTV teen comedy-drama series “Awkward”, and afterwards starred as Chris in the short romantic comedy film “Long Distance” (2017).

Posted by Have Dreams, Will Travel (West Texas Lullaby) on Monday, September 24, 2012

In 2018, Cayden Boyd played Ram Sweeney in the Paramount Network black comedy series “Heathers”, based on Daniel Waters’ 1989 film of the same title, and guest-starred as First Lt. Danny Hall in an episode of the CBS police procedural series “NCIS”. He then featured as Henry in the made-for-TV comedy horror film “(Future) Cult Classic” (2019).

Most recently, Cayden made a guest appearance as the young Dean in an episode of the NBC crime comedy-drama series “Good Girls” in 2021, and speaking about his upcoming projects, it’s announced that he will play Corporal Levitz in the comedy film “Dog”, alongside Reid Carolin and Channing Tatum. He’s also been cast as Michael Ford in the Showtime anthology drama series “The First Lady”. Both of these titles are set to be released in 2022.

Cayden Boyd has short light brown hair and blue eyes. He stands at a height of 6ft  (1.83m), while his weight is around 143lbs (65kgs). Information about his vital statistics and biceps size isn’t available. His shoe size is 8.5 (US).

Cayden Boyd was rumored optimistically to be romantically involved with his “The Adventures Of Sharkboy And Lavagirl In 3-D” co-star Taylor Dooley for few months after meeting on the set of the film; however, he was too young at the time to have a girlfriend. In 2016, he was in a relationship with a girl named Jessica Mosbaugh; they dated for about a year then called it quits.

Since then, he hasn’t been very open when it comes to his personal life, and has managed to keep details about it far away from the spotlight. It’s believed that he’s single at the moment and focused on his professional career.

In his spare time, Cayden Boyd enjoys traveling around the world, and has visited various US states and several European countries; his favorite city is London.

Besides that, he likes to work out and goes to the gym several times a week.

His favorite season is summer. He also enjoys spending time in nature with his friends, hunting and fishing.

He is also an avid animal lover and his favorites are horses.

His favorite actors are Robert De Niro, Jim Carrey and Julia Roberts, while his favorite films are “The Irishman”, “Bruce Almighty”, and “Pretty Woman”.