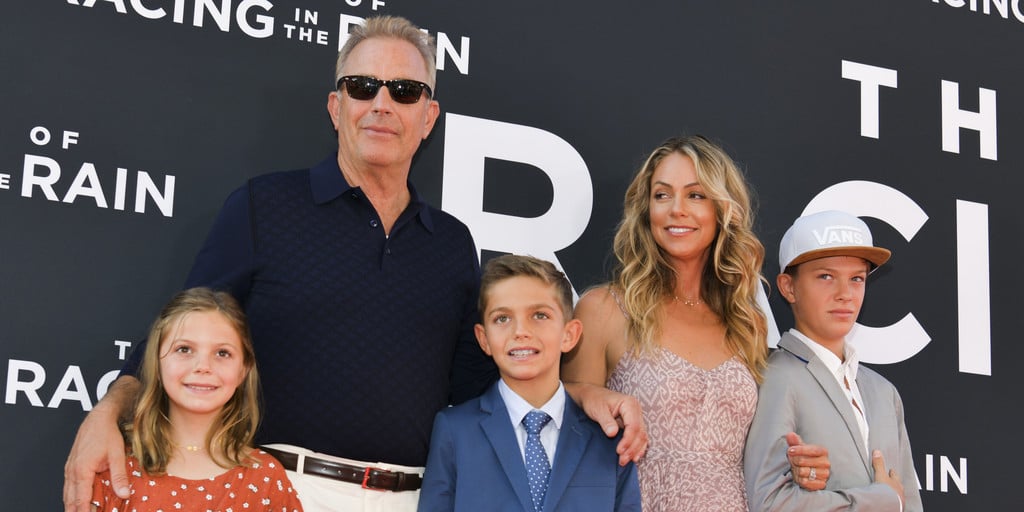 Who is Cayden Wyatt Costner?

Cayden was born in Los Angeles, California USA, on 6 May 2007 – his zodiac sign is Taurus, and he holds American nationality. Aged 14, he’s probably only known for being the son of the famous American actor and moviemaker Kevin Costner.

Cayden is being raised in Los Angeles alongside his younger brother Hayes (born in 2009) and younger sister Grace (born in 2010) by their father, and their mother Christine Baumgartner, who’s an American handbag designer and model. Cayden also has three half-siblings from his father’s first marriage, and a half-brother Liam Timothy (born in 1996) from his father’s former relationship with Bridget Rooney.

His father has occasionally taken him to his movie sets, while Cayden could also have been seen keeping his parents company during many of their red carpet events. He has apparently become interested in acting, and has already appeared in a couple of plays performed both at his high school and at a local theatre, while it’s believed by some that Cayden has been enrolled at school for the performing arts.

He has begun attending a local high school just recently, in 2021.

As of December 2021, he doesn’t have his own independent wealth, but his mother’s net worth has been estimated at more than $1 million, and his father’s at over $250 million.

Who is his father Kevin Costner?

Kevin Michael Costner was born in Lynwood, California on 18 January 1955 – his zodiac sign is Capricorn, and he holds American nationality.

Kevin has appeared in more than 60 movies and TV series, and is probably still known best for his portrayal of the lead character The Postman, in the eponymous 1997 action adventure movie. Kevin also directed the film, which follows a man who has decided to become a postman in a post-apocalyptic America; the film won seven of the 14 awards for which it was nominated.

Kevin was raised in Compton, California, alongside his older brother Mark by their father William Costner who was an electrician, and their mother Sharon Rae (nee Tedrick) who was a welfare worker. He spent most of his childhood taking piano lessons, playing football and writing poetry, and was seven years old when he watched the 1963 western movie “How the West Was Won”, and thus became interested in acting.

The family often moved because Kevin’s father’s career was progressing, and he thus found it hard to make friends. He was a member of a marching band while attending Mt. Whitney High School, and Kevin then moved to Orange County and enrolled at Villa Park High School, matriculating in 1973; he continued his education at California State University, Fullerton, graduating with a Bachelor of Arts degree in finance in 1977.

He married his first wife, Cindy Silva not long after graduating, and after the two returned from their honeymoon in Puerto Vallarta, Kevin met the late British actor Richard Burton, who encouraged him to pursue a career in the film industry.

He made his debut film appearance in the independent drama “Sizzle Beach, U. S. A”, which was shot in 1979 and released in 1981, and a couple of his following roles were in the 1982 comedy movie “Night Shift”, and in 1983 the drama movie “Testament” and the comedy film “The Big Chill”. He became famous worldwide in 1987, when he portrayed the lead character Eliot Ness, in the crime thriller film “The Untouchables”; directed by Brian De Palma, it also starred Sean Connery and Robert De Niro, and follows Federal Agent Eliot Ness as he’s trying to stop the gangster Al Capone in Chicago during the Prohibition era; the movie won 12 awards, including an Oscar for Best Actor in a Supporting Role for Sean Connery, while it was nominated for 16 other awards.

Kevin starred in the 1991 action adventure movie “Robin Hood: Prince of Thieves”, while some of his following notable performances were in the 1994 biographical western movie “Wyatt Earp”, the 2000 historical political thriller film “Thirteen Days”, and the 2010 drama movie “The Company Men”.

Since 2018, Kevin has been starring as John Dutton, in the hit western series “Yellowstone”, created by John Linson and Taylor Sheridan, and which also stars Luke Grimes and Kelly Reilly. It follows the lives of members of a ranching family from Montana, and the series has won three of the 12 awards for which it’s been nominated, including a Primetime Emmy nomination.

Marie-France Chiocca ➡ Kevin Costner.Despite the years still as handsome and young our Kevin.❤❤❤❤❤💋💋💋💋💋💋.

Kevin is also a musician, and founded the country rock band Kevin Costner & Modern West in October 2007; they have released several albums, with “Untold Truths” released on 11 November 2008 peaking at #61 on the Billboard Top Country Albums Chart.

Kevin’s first wife Cindy gave birth to their daughter Anne in 1984, and Lily in 1986, then in 1988 to their son Joe. The two divorced in 1994, and he then dated the non-celebrity Bridget Rooney, the event organizer and activist Birgit Cunningham, and the Australian supermodel and businesswoman Eleanor ‘Elle’ Macpherson.

Who is Cayden’s mother Christine Baumgartner?

Christine Anne Baumgartner was born in the USA on 4 March 1974 – her zodiac sign is Pisces, and she holds American nationality. She’s probably known best for being Kevin Costner’s wife.

Christine was raised in Los Angeles by her mother and her father Jim, but nothing about her parents is known, as she respects their privacy; it’s said that her father was a businessman, and that her mother was a nurse. Because Christine hasn’t mentioned having any siblings, most of her fans believe that she’s an only child.

She became interested in modelling while attending a local high school, while she was also into sports; Christine was on her school’s volleyball and soccer teams, and believed that playing sports would help her shape her figure, and make it ready for becoming a model.

Upon matriculating in 1992, she enrolled at California State University, Fullerton from which she graduated with a Bachelor’s degree in business in 1996.

Christine has since been quite active in the modelling industry, but has kept details of her career away from the media’s attention, which is why it isn’t known which brands and companies she has worked with. She has made a guest appearance in a couple of talk-shows, including “Die Johannes B. Kerner Show” and “E! Live from the Red Carpet”, while she could also have been seen featured in a 2003 episode of the documentary series “Primetime”.

Christine and Kevin married in a private ceremony, attended by only the closest of their friends and family members, on 25 September 2004, following a four-year relationship.