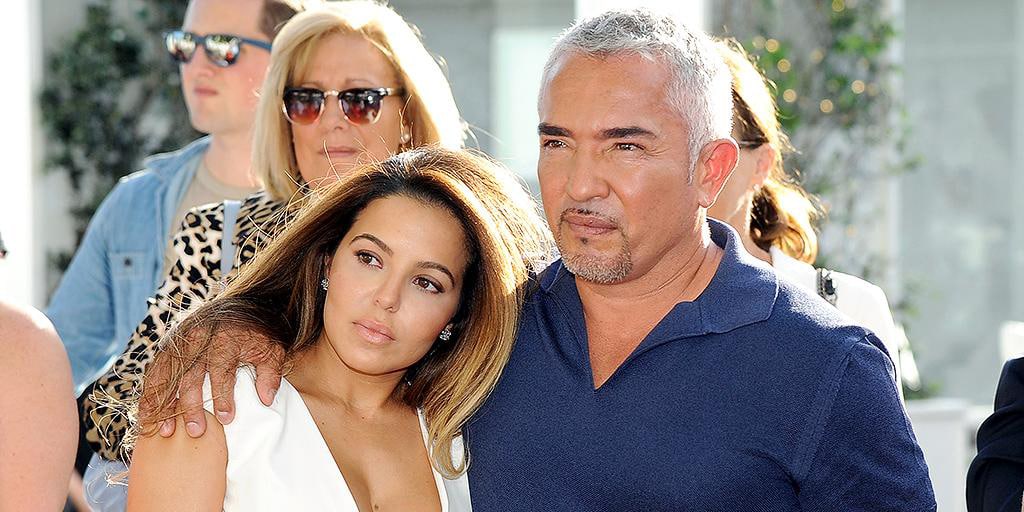 Who is Jahira Dar?

Known for being the long-time fiancée of professional dog behaviorist Cesar Millan, Jahira Dar was born on 1st February 1985, in the Dominican Republic. The brunette beauty is 5ft 5in (1.65m) tall and weighs about 120lbs (55kgs), with unknown vital statistics, but a slim figure.

Following a quiet childhood in her home country, Jahira worked as a salesperson and wardrobe consultant at prestigious fashion houses such as Dolce & Gabbana. Getting a foot into the entertainment industry door as a stylist a few years later, Jahira was given the opportunity to work in what she loved, and meet interesting people at the same time. It’s also reported that she tried her luck at an acting career.

Currently, Jahira works as the creative director of Cesar’s Way Inc, her partner’s brainchild. The multi-media company produces books, merchandise, tours, TV shows, and just about anything else you can think of. Cesar’s Way also offers advertising and sponsorship opportunities for those looking to grow their business.

Jahira met Cesar in August 2010 when he was going through an emotional rough patch: a rocky divorce from his first wife Ilusión, who petitioned for over six figures a year in alimony and child support, and the death of his beloved pit bull terrier dog, who succumbed to cancer, led the TV star to attempt suicide.

Despite losing weight and spiraling into depression, things began looking up for Cesar when he met his future fiancée. The attractive couple dated for almost six years before he popped the question on a romantic trip to Greece, making the most of a candlelit dinner in Mount Lycabettus, Athens.

It’s not known if Jahira and Cesar have secretly tied the knot since the 2016 proposal, which they announced publicly in April of the same year, but the couple appear to be stronger than ever, and are enjoying each other’s company away from the spotlight.

Before turning his love for animals into a multi-million dollar empire, Cesar enjoyed a tranquil upbringing in the countryside of Culiacán, Sinaloa, Mexico, where he was born on 27th August 1969.

As a youngster, Cesar worked with the animals on his grandfather’s farm, and made the most of the experience until his family relocated to Mazatlán.

With just a hundred dollars in his pocket, Cesar entered the United States illegally at 21 years old. Despite not speaking English or having anywhere to stay, the dog trainer was lucky enough to meet the actress Jada Pinkett Smith in Los Angeles and strike up a friendship, and began taking classes to learn the language, thanks to her connections in the city.

Starting from the bottom, Cesar found a job at a dog grooming store, and moonlighted as a limousine driver, which is when Jada became one of his clients and hired him an English tutor.

Later on, the future celebrity used his savings to create the Dog Psychology Center, which specialized in large breed dogs. He later opened another clinic near Fort Lauderdale, Florida.

In 2002, Cesar struck up a business partnership with MPH Entertainment Inc, and began working on a television pilot for the reality series “The Dog Whisperer”. It took the series two years to premiere on the National Geographic Channel, but the wait was worthwhile, as the show became the channel’s number-one hit and would subsequently be broadcast in over 80 countries around the globe.

At the peak of his fame in 2009, Cesar released his first monthly magazine, “Cesar’s Way”, which included advice and informative articles about dogs and humans.

However, all good things come to an end: “The Dog Whisperer” broadcast its final episode in September 2012, while the magazine went defunct in 2020.

Nevertheless, Cesar explored other creative ventures, publishing books aimed at dog owners and animal lovers, which went on to become a huge successes, and top the New York Times Best Seller list. Some titles include “How to Raise the Perfect Dog”, “A Member of the Family”, and “Lessons From The Pack”.

The in-demand behaviorist also began touring the globe in the 2000s, using his training techniques on shelter dogs to lecture live audiences of thousands to help them become better pet owners.

As for new projects, in July 2021, Cesar’s new show, “Better Human, Better Dog”, premiered in the US and received positive feedback, making its renewal for a second season likely.

Despite being a well-beloved figure around the world, Cesar is no stranger to criticism. In January 2007, the Indian scientific journal, “Current Science” published an article in which professional dog trainers branded Cesar’s methods as “unscientific and inhumane”. Another study blasted Cesar for using “punitive techniques”, and causing fear and anxiety in dogs.

In a memorable TV appearance on “The Alan Titchmarsh Show”, Cesar was put on the spot when the show’s host claimed that he had punched a dog in the throat. Alan also dubbed Cesar’s training techniques as “cruel” and “unnecessary”, and read out an RSPCA statement which said the methods: “…can cause pain and fear for dogs and may worsen their behavioral problems”.

One of Cesar’s most recent scandals came to light in September 2021, a couple of months after the death of his trusty pitbull Junior, with a lawsuit which alleged that Junior had killed Queen Latifah’s dog and that Cesar had tried to cover up the incident.

The lawsuit was filed by gymnast Lydia Matiss, who also claimed to have been attacked by Junior in 2017. Cesar responded to the lawsuit, which is ongoing, by claiming that Lydia was “negligent”.

Reliable sources estimate that Cesar’s net worth is an impressive $30 million, thanks to his numerous streams of revenue such as book and merchandise sales; the figure is likely to increase in 2022, thanks to the success of his new show. As for Jahira, it’s reported that she earns up to six figures a year working at her fiancé’s company, although her exact net worth is unknown.