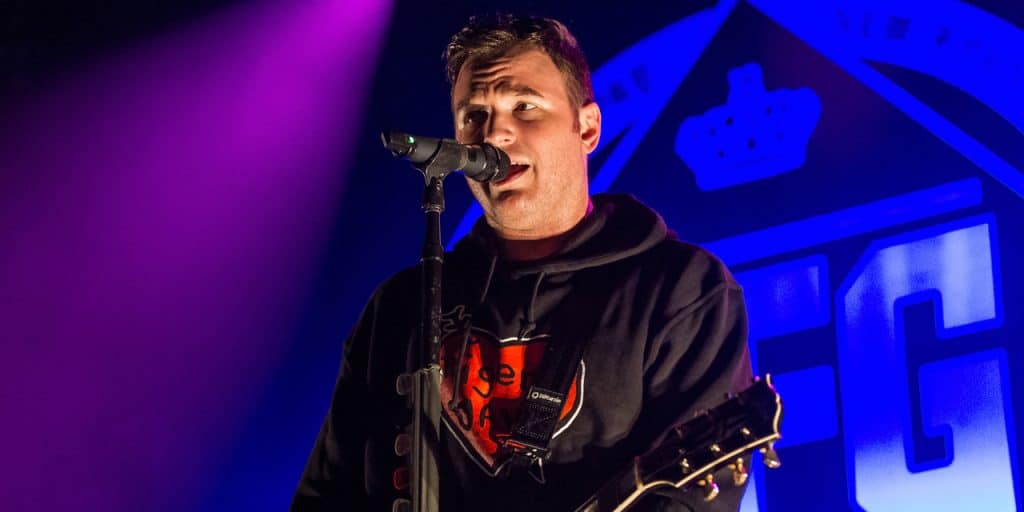 Who is Chad Gilbert?

Chad Everett Gilbert was born under the zodiac sign of Pisces on 9 March 1981, in Coral Springs, Florida USA; he holds American nationality, and his ethnicity is Caucasian. He’s a record producer as well as a musician, perhaps known best as a founding member of New Found Glory, a rock band formed in 1998, widely recognized for their fast and energetic pop-punk music. Chad plays lead guitar, composes music for the band, and sings backing vocals.

Chad prefers to keep his early life a secret; he hasn’t disclosed the name of his parents, and there is no information about any siblings, so it’s assumed that he’s an only child.

However, in one of his interviews, he talked about the death of his father when he was young, saying that that was the hardest period of his life.

He attended J. P. Taravella High School in Coral Springs, and upon matriculating in 2000, he didn’t enroll at college, in order to pursue his musical career.

Before the band New Found Glory was formed, Chad was the vocalist for the band Shai Hulud from 1995 until 1998; they released an extended play “Profound Hatred of Man” and the album “Hearts Once Nourished with Hope and Compassion”, however, Chad then left the band.

He formed New Found Glory with his three friends, Steve Klein, Jordan Pundik and Ian Grushka, and in the following years they released 10 albums – the first was “Nothing Gold Can Stay” in 1999, and their last album “Forever and Ever x Infinity” was released in 2020. They have also released two extended plays, one live album, and four covers; the band is normally on a tour nowadays.

All members of the band worked on their side project 0 The International Superheroes of Hardcore – and released two extended plays (EP) in 2008, entitled “Takin’ It Ova!” and “HPxHC (EP)”.

The movie “What’s Eating Gilbert Grape” which was based on the novel of the same title written by Peter Hedges, was an inspiration for Chad to give this name to his solo project- “What’s Eating Gilbert”. He’s written songs which were a combination of punk, country music and rock, and in 2010 he released three EPs, “Dear God”, “Thinkin’ Bout Her”, and “What I’d Do”, and three more in the following years; in 2015 he released the album “That New Sound You’re Looking For”.

Chad is still an active member of the band New Found Glory, although he’s also producing for other musicians, and has collaborated with bands such as H2O, The Dear & Departed, Trapped Under Ice, Terror, and several others.

There were various rumors concerning both Chad’s sexual orientation and love life, however, it’s widely known that Chad was married twice before his third marriage to Lisa Cimorelli.

His first wife was Sherri DuPree, who is also a musician, singer and songwriter, and a member of the band Eisley; the two married on 17 February 2007, however, the marriage didn’t last long, as they separated at the end of the same year.

His second wife was Hayley Williams, who is a lead singer in the band Paramore; the two started dating in 2008, and in December 2014, Chad proposed to her and they became engaged.

The wedding was on 20 February 2016, but on 1 July 2017 they announced that they were divorcing, although the two remained close friends.

Chad married Lisa on 3 October 2020, Lisa is also a musician in Cimorelli Band; they were dating since 2018, and announced their engagement in December 2019. The couple seems to be enjoying love as they’re still together, having become parents on 17 July 2020 to their daughter Lily; Chad as a proud father often posts pictures of his baby girl on his social media accounts.

Music was one of the most important things in life for Chad, being into music since he was a teenager; he has a list of bands that, as he said, changed his life.

Chad is a big fan of wrestling, and likes to watch WWE wrestling on television; when he’s not on tours with his band he goes to watch live fights – his favorite wrestler is Stone Cold Steve Austin.

In his spare time, Chad likes to watch movies – his favorite genres are action and horror, and his favorite films are “Die Hard”, “Kill Bill”, “Gladiator”, and “The Terminator”. When it comes to his favorite actors, they’re Bruce Willis, Arnold Schwarzenegger and Russell Crowe, while his favorite actresses are Uma Thurman and Angelina Jolie.

Chad works out four to five days per week at the gym, and also spars boxing to stay in shape, as he said he needs strength to jump around the stage at concerts.

He is into traveling, thanks to his career and his band tours, and has visited several US states, some cities in the UK, and a few other European countries; his favorite travel destination is London, England, and his dream travel destination is Beijing, China. If you ask him what is his most favorite place in the world, he will tell you it’s Franklin, Nashville, there he lives with his wife and daughter.

Chad is active on his social media networks – his Instagram account has more than 115,000 followers, which he mostly uses for sharing updates related to his band, and occasionally posts pictures from his life, and featuring his daughter and wife.

He is more active on his Twitter account, on which has gained over 133,000 followers, and has tweeted almost 18,000 times since he established his account in April 2009, mostly about his band.

As of October 2021, his net worth has been estimated at $4 million.