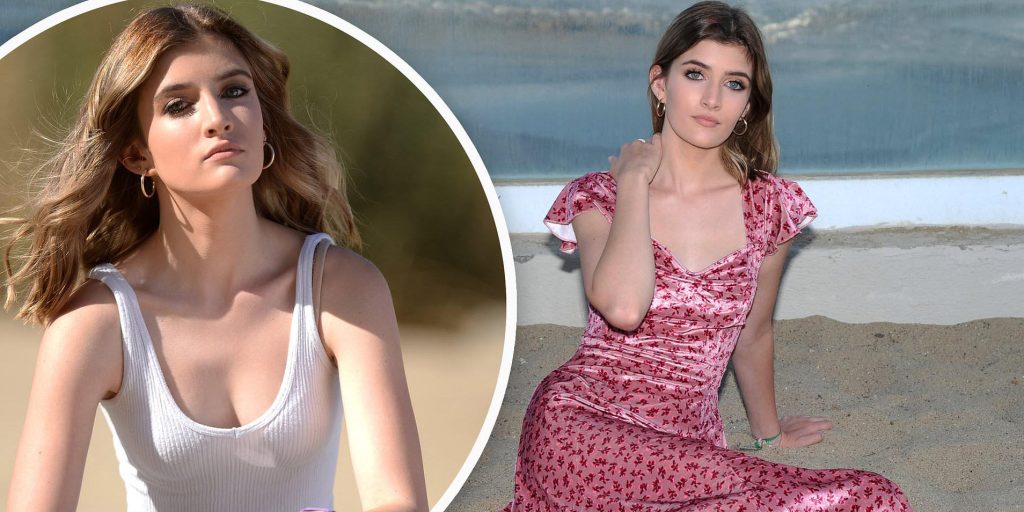 Sam Sheen is a celebrity teenager, best known as the daughter of actor Charlie Sheen and reality TV star Denise Richards. Find out all you need to know about the celebrity daughter in the biography below.

Sam ‘Sami’ Sheen was born on 9 March 2004 under the zodiac sign of Pisces, in Los Angeles, California USA. She’s of White Caucasian ethnicity and holds American nationality. Sam’s parents married in 2002, and had Sam and her sister, Lola Rose Sheen, within three years of marriage.

However, Charlie and Denise split in 2006, after which Denise went on to adopt her now 10-year old daughter, Eloise. Sam also has other half-siblings through her father, namely Cassandra Jade Estevez, Bob and Max Sheen.

Due to their parents’ fame and prolonged custody battle, Sam and her sister were raised in the public eye.

There are sparse details about Sam’s educational background, but we know that she dropped out of high school at 17.

At a tender age, Sam Sheen was presented to the world as a child actor, debuting in some episodes of “Two and a Half Men”, in which her father also starred. Subsequently, she appeared in the reality TV Show based on her mother’s life after the divorce, “Denise Richards: It’s Complicated” (2008).

Currently, Sam is not in a hurry to pursue a career, as her father’s income can adequately provide for her. Due to her parents’ fame, Sam Sheen is popular on social media, and has over 70,000 followers on TikTok, and over 30,000 on her Instagram page (@samisheen).

It’s no news that the Sheen household is complicated.

Early in 2021, Sami shared two videos on TikTok, hinting that her mother was abusive. In the first clip, she looked sad and forlorn; the video was captioned, ‘one year ago; trapped in an abusive household, hated myself and hated school.’ With the second clip of her looking happier, she stated, ‘now, finally moved out of the hell house, own two cats, dropped out of high school and happy.’

A family friend told Hindustan that Sam was living with her mother the year before she made the clip. As soon as the clips went viral, Charlie shared that Sam now lives with him and his new family. He told Fox News, ‘Sam’s amazing. I love her and all my children unconditionally.’

The Sheen scandal became even more complicated when a family friend denied that Denise Richards was ever abusive to Sam.

The source said, ‘Denise set normal rules that any parent would be setting, but Sam didn’t want to follow those rules. Charlie has a different way of parenting, and Sami decided to live with her dad.’

Sam Sheen is currently single, and has yet to indicate any romantic interests.

In late 2021, Sami Sheen’s net worth is estimated at $600,000, obtained from a trust fund set up by her father, while Charlie Sheen is reputedly worth $10 million. Details of property owned by Sam and her family remain undisclosed.

Who is Charlie Sheen?

Charlie grew up with his siblings, Emilio, Ramon and Renee, in Malibu, California. Due to their father’s successful acting career, Charlie and his siblings were inspired to follow in his footsteps. Sheen attended Santa Monica High School, where he played on the baseball team.

However, he was expelled from school a few weeks before graduation due to poor grades and attendance.

Charlie made his film debut in his father’s 1974 film, “The Execution of Private Slovik” at age nine, but his acting career only really kicked-off in 1983, when he played Ron in “Grizzly II: The Predator”.

He landed his first lead role in “Platoon” (1986), a drama about the Vietnam War, then in the following year, co-starred with his father in “Wall Street”, directed by Oliver Stone. He and his father co-starred once more in “Cadence” (1990), then in the same year was cast in “The Rookie” opposite Clint Eastwood. Meantime, Charlie also co-starred with his brother Emiliano Estevez, in “Young Guns” (1988) and in the 1990 film, “Men At Work”.

In 1994, Sheen was awarded a star on the Hollywood Walk of Fame.

The actor made his television debut in 2000, when he replaced Michael J. Fox for the last two seasons of “Spin City”, winning a Golden Globe Award for Best Performance By An Actor in a Television Series.

In 2003, he landed a main role as Charlie Harper in the CBS sitcom “Two And a Half Men”. By Charlie Sheen’s eighth and last season in the show, he became the highest-paid actor on TV, reputedly earning $1.8 million per episode. However, in August 2010, he pleaded guilty to charges of domestic violence and struggled with drug addiction. He squandered so much and spent time partying and sleeping around, testing positive for HIV in 2011.

Sheen was so vital to the success of the series that production ceased from January 2011, while he underwent a substance rehabilitation program at home. In the following months, Charlie publicly made derogatory comments about the show creator, Chuck Lorre, and claimed that he was underpaid, despite being the highest-paid actor in television. On 7 March 2011, the show creators/producers had enough of Sheen’s erratic behavior, and fired him.

Sheen married Donna Peele in 1995, but they divorced a year later.

After his divorce from Denise Richards, Charlie married Brooke Mueller in 2008, and they welcomed twins Bob and Max in 2009, but separated the following year, and finalized their divorce in 2011.

Subsequently, Sheen became engaged to former adult film star Brett Rossi in 2014, but they never walked down the aisle, as they split and called off the engagement later that year.

During a February 2019 interview with US Weekly, Sheen said, ‘marriage again? That’s no, all caps. When you’re so bad at something, there’s no reason to keep pursuing it.’

Despite the scandals that have riddled his career, Charlie Sheen is deeply involved in humanitarian services. He was the spokesperson for the 2004 Lee National Denim Day breast cancer fundraiser, and was awarded the AFA Angel Award at the Aid for AIDS Silver Jubilee Reception in 2009.