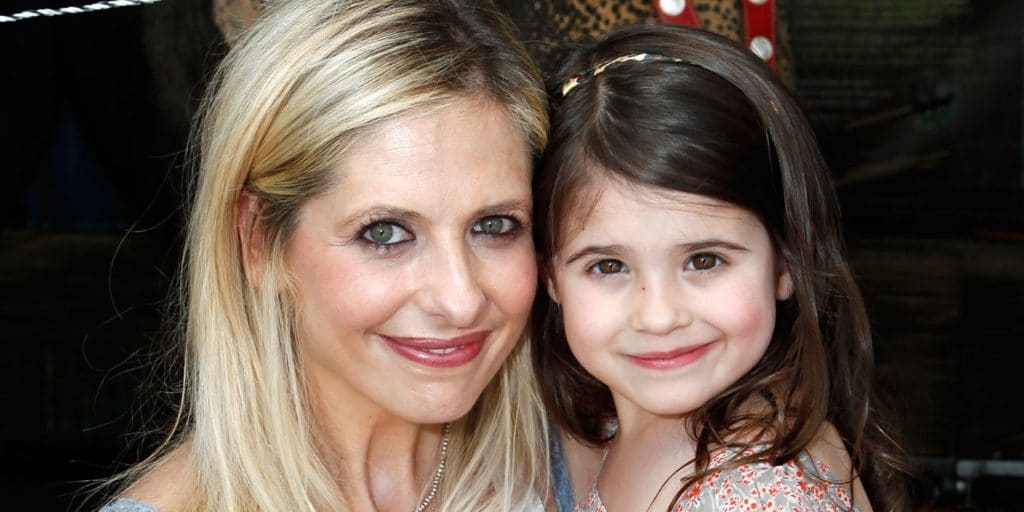 Who is Charlotte Grace Prinze?

Charlotte was born on 19 September 2009, in Los Angeles, California USA – her zodiac sign is Virgo, and she holds American nationality. She’s only known for being the daughter of the famous American actress and film producer Sarah Michelle Prinze (nee Gellar).

Charlotte is being raised in Los Angeles alongside her younger brother Rocky James Prinze (born in 2012) by their mother, and their father Freddie Prinze Jr, who’s also an actor; the two met while shooting for the 1997 horror movie “I Know What You Did Last Summer”, started dating three years later, and exchanged vows on 1 September 2002 in a private ceremony officiated by the American film director and producer Adam Michael Shankman. It was only in 2007 that Sarah changed her last name to ‘Prinze’.

Charlotte has apparently become interested in acting, mostly because she’s been motivated by her parents who have taken her to their movie sets on a number of occasions. It’s believed that she’s been enrolled at a school for the performing arts, at which she’s today practicing both acting and dancing.

Charlotte is currently attending a private elementary school, and should be enrolling at high school in 2023.

As of January 2022, Charlotte doesn’t have her own independent wealth, but her mother’s net worth has been estimated at over $30 million, and her father’s at more than $30 million, as well.

Who is her mother Sarah Michelle Gellar?

Sarah was born on Long Island, New York State USA, on 14 April 1977 – her zodiac sign is Aries, and she holds American nationality. She’s appeared in more than 60 movies and TV series, but is perhaps still known best for her portrayal of the lead character Buffy Summers, in the evergreen action fantasy series “Buffy the Vampire Slayer”. It was created by Joss Whedon, also starred Nicholas Brendon and Alyson Hannigan, and follows Buffy and her friends as they’re fighting vampires and demons; the series aired from 1997 to 2003, and won 54 awards including two Primetime Emmys, while it was nominated for 134 other awards.

Sarah was raised an only child in a Jewish family on Long Island, by her father Arthur Gellar who was a garment worker, and her mother Rosellen (nee Greenfield) who taught at a nursery school. When she was seven, Rosellen and Arthur divorced, and she lived with her mother without having contact with her father, which continued until Arthur passed away in 2001. Sarah was into numerous activities during her teenage years, as she was a competitive figure skater, held a black belt in taekwondo, and also worked various jobs to help her mother.

She enrolled at Columbia Grammar & Preparatory School on a scholarship, where she was bullied because of her and her mother’s poor financial situation.

She then studied at Fiorello H. LaGuardia High School of Music & Art and Performing Arts, but quit to focus on her career as an actress; she eventually matriculated from Professional Children’s School.

She was only four years old when she was cast to appear in the movie “An Invasion of Privacy”, which wasn’t released until January 1983, and had a couple of other roles in the ‘80s, in movies such as the 1984 romantic comedy “Over the Brooklyn Bridge”, the 1988 comedy “Funny Farm” and the 1989 thriller “High Stakes”.

Sarah gained recognition in 1992, when she starred as Sydney Rutledge in the drama series “Swans Crossing”, created by Ned Kandel and Mardee Kravit, and which also starred Brittany Daniel and Eddie Robinson.

It follows the lives of 12 rich teenagers, and the series was nominated for five awards. She then portrayed Kendall Hart in the soap opera “All My Children”, and appeared in the slasher movie “I Know What You Did Last Summer” and the horror film “Scream 2” both in 1997.

Sarah played Daphne Blake in the 2002 fantasy adventure comedy movie “Scooby-Doo”, reprised her role in the 2004 sequel “Scooby-Doo 2: Monsters Unleashed”, and voiced her in the hit short animated adventure series “Robot Chicken” . Some of Sarah’s other notable performances in the 2000s were in 2006 in the thriller comedy movie “Southland Tales” and the 2006 supernatural horror movie “The Grudge 2”, also in the 2009 psychological thriller film “Possession”.

After Charlotte was born, Sarah took a two-year break from acting, and was then cast to star in the crime thriller series “Ringer”, which aired in 2011 and 2012. She starred alongside the late actor and comedian Robin Williams in the 2014 comedy series “The Crazy Ones”, and some of her most recent roles have been in the 2019 short horror comedy movie “Killer Skin”, the 2019 episode “The Stockholm Syndrome” of the romantic comedy series “The Big Bang Theory”, and seven episodes of the 2021 short animated action series “Masters of the Universe: Revelation” (voice role).

For her acting skills, Sarah has won 21 of the 55 awards for which she has been nominated.

She’s a philanthropist, and has worked with various charity organizations, including CARE, Habitat for Humanity and Project Angel Food.

Sarah’s an author, and published her cookbook “Stirring Up Fun with Food” on 18 April 2017.

Frederick James ‘Freddie’ Prinze Jr. was born in Los Angeles on 8 March 1976 – his zodiac sign is Pisces, and he holds American nationality. He’s appeared in more than 50 movies and TV series, but is probably still known best for his portrayal of the lead character Zack Siler, in the 1999 romantic comedy movie “She’s All That”. Directed by Robert Iscove, it also starred Rachael Leigh Cook and Matthew Lillard, and follows a teenager who’s made a bet, claiming that he can turn an unattractive girl from his high school into the prom queen; the film won eight of the 13 awards for which it was nominated.

Freddie was raised an only child in Albuquerque, New Mexico, by his mother Katherine ‘Kathy’ Elaine Barber (nee Cochran) who was a real estate agent; his father Freddie Prinze Sr. was an actor and comedian, who committed suicide by shooting himself in the head when Freddie Jr. was less than a year old. He matriculated in 1994, and then moved back to Los Angeles to pursue an acting career.

One of his first roles was in a 1995 episode of the comedy series “Family Matters”, while he gained recognition in the following year, playing Joey Bost in the romantic fantasy movie “To Gillian on Her 37th Birthday”. Freddie had appeared in a couple of popular movies by the end of the ‘90s, including “The House of Yes”, “I Still Know What You Did Last Summer”, and “Wing Commander”.

In 2005 and 2006, he starred as Freddie Moreno in the popular comedy series “Freddie”, created by Bruce Helford and Conrad Jackson, and which also starred Jacqueline Obradors and Brian Austin Green.

It follows a wealthy chef who has taken in his grandmother, widowed sister-in-law, niece and older sister – the series was nominated for a single award.

Freddie voiced Rick in the 2006 animated adventure comedy movie “Happily N’Ever After”, appeared in the 2007 comedy film “New York City Serenade”, and the 2008 romantic comedy movie “Jack and Jill vs. the World”.

Freddie has won eight of the 26 awards for which he has been nominated.

He holds a purple belt in Brazilian Jiu-Jitsu.