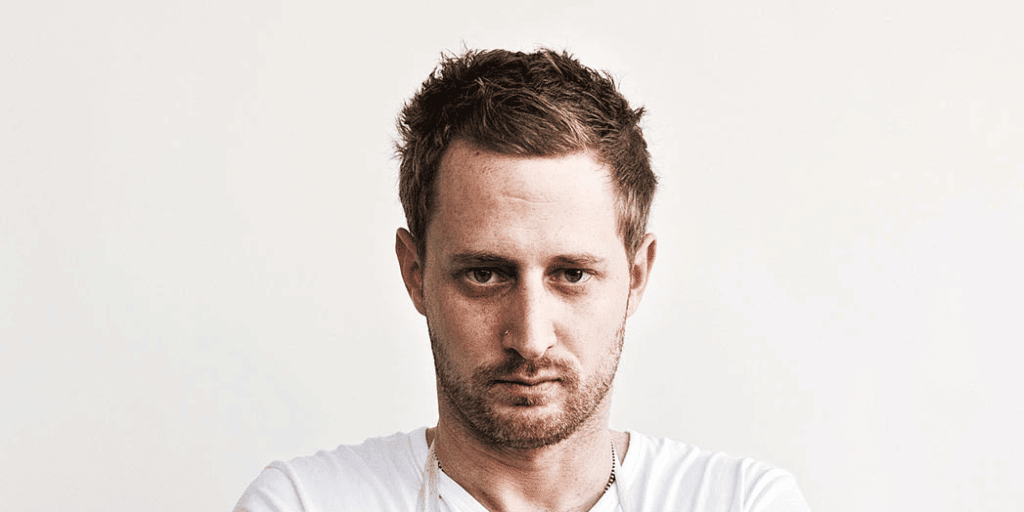 Who is Michael Voltaggio?

Michael Voltaggio is a well-known chef, who rose to popularity after winning the sixth season of “Top Chef: Las Vegas”, the cooking competition show on Bravo. He was born under the Zodiac sign Libra on 29 September 1978, in Frederick, Maryland, USA, so as of early 2022 Michael is 43 years old and holds American nationality. He currently resides in Los Angeles with his wife and kids.

He was born to Sharon Mangine and John Voltaggio, a Maryland state trooper, but his parents divorced when he was very young, following which he lived with his mother and his older brother Bryan Voltaggio. His mother later remarried, and welcomed Staci Rosenberger with her second husband, while Michael and Bryan went to live with their father.

Michael developed an interest in cooking in his early teens, and aspired to become a chef. He had always had a close bond with his brother, Bryan, who also became a well-known chef, and who significantly influenced him. In an interview, Michael said: ‘When Bryan was 16, I was riding in his car with him. When Bryan became 21, I was using his ID to go to the same bars as him. What I realized as I got older was that I just really followed in his footsteps.’

Regarding his education, due to his poor financial situation he didn’t attend culinary school, but signed for a three-year-long Greenbrier Culinary Apprenticeship Program, which he completed at the age of 21 under Certified Master Chef Peter Timmins.

After completing the apprenticeship, he worked under Peter Timmins at Ritz Carlton Hotel in Naples, Florida, and then Charlie Palmer at Dry Creek Kitchen in Healdsburg. Michael then found employment at the prestigious restaurant “The Bazaar” by Hose Andres, which received a nomination in 2008 for the James Beard Foundation Award for Best New Restaurant.

In 2009, he joined the culinary competition “Top Chef: Las Vegas,” competing against his brother Bryan in the finale, and claiming the title. Top Chef Head Judge Tom Colicchio commented on Michael’s culinary expertise, saying: ‘Out of all the cooks that have come through the show, Michael is the most talented—both from a sensibility and technical standpoint. He has the chops to pull off what he’s trying to do.’

He then switched to “The Dining Room” Langham Huntington Hotel & Spa in Pasadena, where he worked as the Chef de Cuisine. His tenure at this luxury restaurant garnered several culinary awards, including the AAA Five Diamond Awards and the highly coveted Michelin Star.

He left “The Dining Room” in 2010, and later announced that he was launching a new project – ink., his restaurant in West Hollywood, California; following several delays, it finally opened on 21 September 2011. In an interview, he disclosed that his idea was to launch a restaurant that emitted the vibes of a “modern Los Angeles cuisine”. It had 60 seats in the dining room and a private room for additional guests. Following his established path of success, in 2012 his restaurant was given the title of America’s best new restaurant by GQ Magazine.

While he was busy launching the ink., he had another project in the works, a plan to start a smaller restaurant, a sandwich shop entitled ink. sack. Reportedly he designed it and helped build the shop, surprising the culinary community, as many expected a spacious fancy restaurant rather than a small dining place that resembled fast food. It officially opened in August 2011, but attracted little to no attention. In 2017, he collaborated with his brother and launched STRFSH, a fast-casual fish sandwich shop located in Santa Monica, but in June 2018, he pulled the plug on both restaurants, ink. and ink. sack due to an impasse among his partners, as he disclosed to a media outlet.

Michael next collaborated with brewmaster Nick Bortolin, and launched the beer brand “Recreational Use.” In August 2021, he and Bryan launched the fast-food shop “Burger Smash,” and they also run the Voltaggio Brothers Steak House.

Michael has featured in several shows following his success in “Top Chef.” In 2013, he made an appearance in the “Top Chef: Canada” as a guest judge, and had a cameo role as Chef Julio Proust in the series “Suburgatory.” Michael also appeared as himself in two episodes of the sitcom “Young &Hungry”, and in culinary shows “Tournament of Champions” and “Beats+ Bites.”

In 2020, he had a minor part in the supernatural/detective series “Lucifer”, then in 2021, he and his brother got their own competition show entitled “ Battle of the Brothers,” which ran for one season, following Bryan and Michael as they mentor their teams who compete in cooking, with the winner getting to do a “guest-chef takeover” at one of Voltaggio’s restaurants. It remains unclear whether it will be canceled or renewed for another season.

In 2022, he again shared the screen alongside his brother in an episode of the culinary show “Beat Bobby Flay” on Foodnetwork.

He was previously married to Keri Adams, the Canadian news anchor, with whom he welcomed two daughters, Olivia and Sophia, who now live in Lewisburg, West Virginia, with their mother.

From 2019 to 2021, he dated the fashion designer and entrepreneur Sami Miro; the reason for their break-up remains unknown. Since mid-2021, he has been in a relationship with the actress Bria Vinaite, perhaps best known for her role as Halley in the coming-of-age drama film “Florida Project.” They are often featured on their social media accounts.

As of 2022, his estimated net worth is around $1 million, which he’s earned through his career as an entrepreneur and chef.

Michael’s height and weight are currently unavailable, but he has a very muscular and fit physique.  His hair is blonde/ light brown, further adorned with blue eyes.

Additionally, he is a huge fan of ink, and has tattoos all over his body.

Michael is also a dog lover, and has a small dog he often posts on his Instagram.

Michael likes to go sightseeing, hiking, and traveling in his free time. In 2021, he had an accident that resulted in a fractured shoulder, and had to undergo surgery.