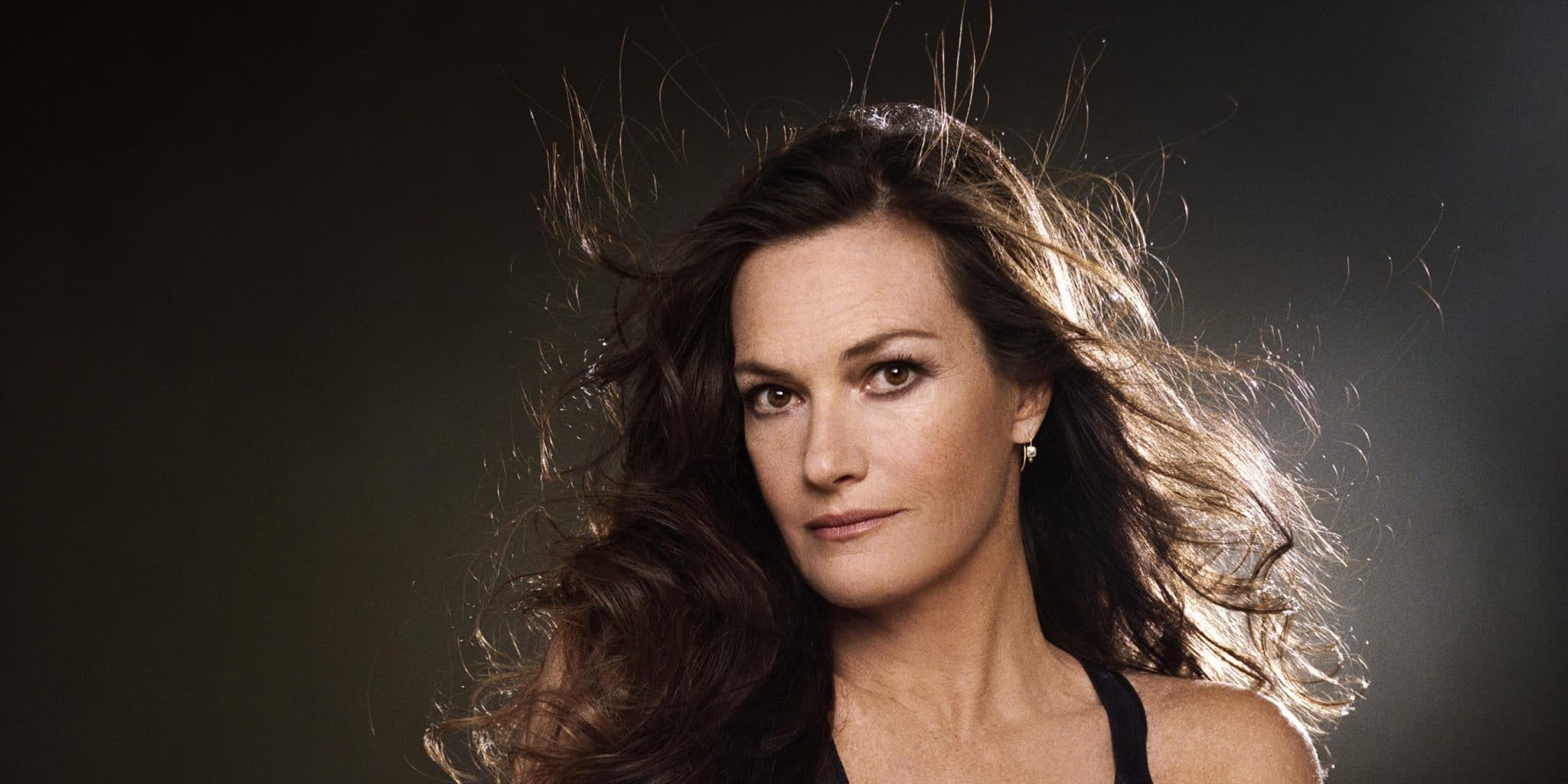 Who is Chelsea Field?

Kimberly A. Botfield – aka Chelsea Field – was born in California, USA, on 27 May 1957 – her zodiac sign is Gemini, and she holds American nationality. She’s an actress, who initially gained popularity for playing the role of Teela in the sci-fi action movie “Masters of the Universe”.

Chelsea grew up in a working-class family in Southern California; she has an older brother named Phillip, while their parents’ names aren’t publicly known. Chelsea matriculated from a local high school in 1975, and then went on to study sociology at the University of California, graduating in 1979.

Chelsea started her career as a background dancer on the popular syndicated TV show “Solid Gold”, from 1980 to 1983.

In 1984, she made her debut TV series appearance, in an episode of the drama “Glitter”. In the following years, she had episodic roles in several other TV series, including “Airwolf” and “A Year in the Life”, before landing her first recurring role in the 1989 drama “Nightingales”, centered on five young nursing students and their boss, Leonore, played by Fran Bennett.

Since 2017, Chelsea has been playing the lawyer Rita Deveraux in the mystery crime drama “NCIS: New Orleans”. The series premiered on CBS in September 2014, following the 12th season of its parent series, “NCIS”. Its main star is Chelsea’s husband, Scott Bakula, while they coincidentally play a married couple in the series as well. In February 2021, CBS announced that the seventh season of “NCIS: New Orleans” would be its last one, and the series concluded on 23 May 2021.

Interestingly, prior to appearing in “NCIS: New Orleans”, Chelsea also appeared in a 2006 episode of “NCIS”, playing a completely unrelated character.

Chelsea made her film debut in the 1985 romantic drama “Perfect”, directed by James Bridges, and which starred John Travolta and Jamie Lee Curtis. In the same year, she had a supporting role in the blockbuster action thriller “Commando”, centered on a retired Special Forces colonel played by Arnold Schwarzenegger, who tries to save his daughter, abducted by his former subordinate. The film was one of the most commercially successful movies of the year, grossing over $57 million at the box office.

The film was a widely anticipated continuation of the “Masters of the Universe” franchise, started with the release of Mattel’s original action figures, followed by DC’s comic book series of the same name, and the subsequent animated series “He-Man and the Masters of the Universe”. In the movie, Chelsea played the role of Teera, a skilled female warrior and the daughter of Man-At-Arms. It was her first time playing such a prominent character on the silver screen, and many consider this role to be her breakthrough.

In the same year, she played one of the leads in the horror crime drama “Prison”, directed by Renny Harlin, and which also starred Lane Smith and Viggo Mortensen. In 1991, Chelsea starred alongside Bruce Willis and Damon Wayans in the crime action comedy “Boyscout”, centered on a private detective whose investigation of a murder leads him to uncover a case of government-wide corruption.

In the following year, she had major roles in movies such as “Dust Devil”, “Snapdragon” and “The Wrong Woman”. In 1996, she appeared in the family adventure film “Flipper”, which starred young Elijah Wood, Paul Hogan and Jonathan Banks.

Her most recent film role has been in the 2007 offbeat romantic comedy “Just Add Water”, written and directed by Hart Bochner. Since then, Chelsea has only been appearing in TV series, apart from one TV movie.

Prior to marrying Chelsea, Scott Bakula was married to Krista Neumann, with whom he has a daughter, Chelsy, and a son named Cody. They were together during his career beginnings, including his time in the popular TV series “Quantum Leap”, however, the amount of time he spent filming put a toll on his and Krista’s relationship, and the two ultimately separated in 1993, finalizing their divorce in 1995.

Chelsea and Scott married in 2009, after more than 15 years of dating. They first met back in 1993, when they were both working on the movie “Passion to Kill”. In 1995 the couple welcomed their first child, a son named Will, and four years later Chelsea gave birth to their second son, Owen.

Being in his second marriage, Scott apparently didn’t want to fall into the same trap that ended his relationship with his first wife, so he took a new direction when it came to choosing work. His “Star Trek: Enterprise” contract had a clause which required all his scenes to be filmed before 6pm, so that he could be free to go home and dine with his family. When he started filming “NCIS: New Orleans”, Scott would travel back home every weekend, that is, before his wife joined the cast in 2017.

‘I love working with her, we’ve worked together a bunch before’, the actor revealed in an interview he gave for “The Rachel Ray Show”.

Scott Bakula was born in Saint Louis, Missouri USA, on 9 October 1954 – his zodiac sign is Libra, and he holds American nationality. He’s an actor and a producer, perhaps known best for his TV series roles, which include Sam Beckett in “Quantum Leap” and Captain Jonathan Archer on “Star Trek: Enterprise”.

Scott was born to Sally Zumwinkel and Joseph Stewart Bakula, a renowned lawyer. He has two siblings, a younger brother and a younger sister. His last name has Czech and Bohemian roots, translating literally to ‘stick’. Scott studied acting at Jefferson College in Hillsboro, Missouri, but transferred to the University of Kansas after his freshman year, then eventually leaving the studies altogether and moving to New York City in 1976 to pursue acting opportunities.

Scott made his Broadway debut in 1983, when he played the legendary baseball player, Joe DiMaggio, in “Marilyn: An American Fable”. Two years later, he appeared in the critically acclaimed Off-Broadway production of “Three Guys Naked from the Waist Down”, which brought him attention, and allowed him to take on more roles.

In the late 1980s, he was cast in two short-lived TV series, “Gung Ho” and “Eisenhower & Lutz”. In 1989, he landed a role in the sci-fi series “Quantum Leap”, playing the role of time traveler Dr. Sam Beckett, who was trapped by a malfunction of his time machine. He was widely praised for his performance, and earned a Golden Globe, along with four Emmy Award nominations.

In the 1990s, Scott had many notable film roles, which include in “Cats Don’t Dance”, “Major League: Back to the Minors”, and “American Beauty”. From 2001 through 2005, he portrayed Captain Jonathan Archer in the TV sci-fi series “Star Trek: Enterprise”, reprising his role as a voiceover in the 2006 “Star Trek: Legacy” video game.

In 2009, he appeared alongside Matt Damon, in the dark comedy film “The Informant!”, based on the real-life story of a Archer Daniels Midland employee who publicly uncovered the company’s price-fixing tactics.

From 2014 to 2022, he played the leading role of Dwayne ‘King’ Cassius Pride, the Special Agent in Charge in “NCIS: New Orleans”. He also appeared as a guest judge on the HGTV show “Brothers Take New Orleans” in 2016, and in the same year made a cameo appearance in the 12th season premiere of the FX’s sitcom “It’s Always Sunny in Philadelphia”, starring Denny DeVito, Rob McElhenney and Charlie Day. His most recent TV series role is in an episode of the second season of the comedy “What We Do in the Shadows”.

As a producer, Scott has worked on 13 episodes of “Mr. & Mrs Smith”, over 100 episodes of “NCIS: New Orleans”, and has also produced the TV specials for six editions of the Annual Screen Actors Guild Awards.

As of January 2022, his net worth has been estimated at more than $16 million.