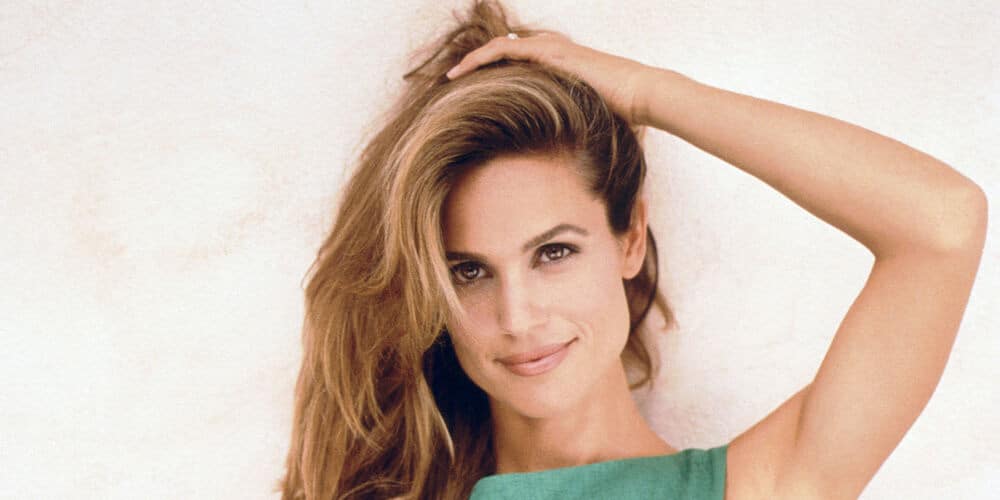 Who is Chelsea Noble?

Chelsea Noble, born Nancy Mueller, is a former actress and model, perhaps best recognized for her role as Kate McDonald in the popular sitcom “Growing Pains”. She is also known as the wife of the actor and Evangelical Christianity activist Kirk Cameron. Chelsea was born under the Zodiac sign Sagittarius on 7 December 1964, in Cheektowaga, New York State, USA. As of 2022, she is 57 years old and holds American nationality. Chelsea is currently residing with her family in Agoura Hills, California.

Chelsea was raised by her adoptive parents, Fred and Irene Muller, alongside her older brother named David. Talking of her education, she matriculated from Maryvale High School in 1983 and enrolled at the State University of New York at Geneseo, the highly selective and prestigious liberal arts college, graduating in 1987.

During her time in college, she was very active in sports, particularly soccer, and played for the university’s team. Additionally, Chelsea was a member of the sorority Phi Kappa Pi.

Chelsea launched her career in 1988, appearing in two episodes of the sitcom “Fuller House”, and portraying Greek businesswoman Kristina Andropolous in the daytime soap opera “Days of Our Lives”. During the same year, she made an episodic appearance in the sitcom “Who’s the Boss”.

After portraying minor parts in the series “Cheers” and “Booker”, Chelsea landed her role as Kate McDonald, girlfriend of Michael “Mike” Seaver, played by Kirk Kameron in the sitcom “Growing Pains”. The show, which follows the Seaver family of five and their everyday struggles, premiered in September 1985 and concluded in April 1992.

Chelsea was introduced in the fifth season, and continued starring through seven in a total of 22 episodes; the show also stars Alan Thicke, Joanna Kerns and Tracey Gold. Upon premiering, the series scooped positive reviews and numerous viewers, becoming one of the most popular sitcoms in the ‘80s. In addition to commercial success, the show received several nominations and awards, spawned several spin-offs, and was aired in over 10 countries, including Taiwan, New Zealand, and Germany.

In 1990 Chelsea made her movie debut playing Penelope in the movie “Instant Karma”, followed by her minor role in the film “The Willies”. In 1991, she was cast as Carrie Lee in the made-for-TV movie “A Little Piece of Heaven”, sharing the screen with her co-star from “Growing Pains” Kirk Cameron, Jussie Smollett and Ron McLarty.

Two years later, she made a one-episode appearance in “Doogie Howser” followed by a role in the TV film “Star Struck”. In 1995 she booked the part as one of the main characters, Elizabeth Waters, in the sitcom “Kirk”, which revolves around Kirk Hartman played by Kirk Cameron. The idea for the show sprang from his successful and notable seven-year role as Mike Seaver in “Growing Pains”, in collaboration with Bickley-Warren Productions and Warner Bros. The series ran for two seasons before it was canceled.

After her minor appearance in the series “Seinfeld”, she portrayed Alison Taylor in the 1998 TV film “You Lucky Dog”.

Chelsea kicked off the new millennium reprising her role as Kate in the comedy reunion film “Growing Pains Movie”, alongside other cast members.

Chelsea also booked the role of Hattie Durham in the religious thriller film “Left Behind”, based on the eponymous novel by Tim LaHaye and Jerry B. Jenkins. Despite receiving negative reviews and a poor performance at the box office, the movie was followed by two sequels, “Left Behind: Tribulation Force”(2002) and “Left Behind: World at War”(2005), in which she reprised her role as Hattie.

In 2004 she again portrayed Kate in the second reunion entitled “Growing Pains: Return of the Seavers”. In 2008 Chelsea had a minor part in the Christian drama film “Fireproof”. Her latest role was in the 2014 drama/family film “Mercy Rule”, again sharing the screen with her husband Kirk Cameron, playing his on-screen love match.

Not much is known about her dating history. She and six-years-younger Kirk Cameron met on the set of “Fuller House”, when he was accompanying his younger sister Candace Cameron who starred in the show.

They soon started a romantic relationship, which became even stronger after they began playing on-screen love interests in “Growing Pains”. Eventually they became engaged, and on 21 July 1991 they walked down the aisle in a small ceremony at the historic chapel in Cheektowaga, New York. Reportedly, Chelsea’s brother David was the best man, while his wife Heidi was the maid of honor. After the ceremony, they had a small reception at a country club, and went on a honeymoon in Vermont.

They Have Six Children

They have welcomed four children, of which two are their biological children, while the other four were adopted.  The couple first adopted four children of mixed races: Jack (born in 1996), Isabella in 1997, Anna in 1998, and Luke in 2000), and then had their biological offspring. Chelsea explained the reason behind this decision in an interview, saying: ‘We decided to adopt our first ones so they would always know they were our first choice – that they were our first babies.’

In 2001 they welcomed their daughter Olivia, and in 2003, Chelsea gave birth to James. Considering that Chelsea is an adopted child herself, she has always had a passion for adoption and great love for children. Talking to a media outlet, she revealed: ‘I love being a mother. It’s the most fulfilling thing.’ Chelsea is also an avid advocate for adoption, as it’s one of the most fundamental Christian beliefs.

After marrying Kirk, she focused on home-schooling and raising their children, with active involvement in various charitable organizations too.

Talking to a media outlet, Chelsea disclosed that she had always admired the marriage her parents had, and had always aspired to duplicate that vision of matrimony, saying: ‘They were married 36 years, and Kirk and I know that we can get through anything with our foundation of faith and family.’

Given that both Chelsea and Kirk are avid and passionate Christians, they credit their faith and the Lord for the health and the success of their 22-year marriage, adding that having and raising children strengthened their bond.

According to sources, her estimated net worth is $5 million, which she’s earned through her career as an actress. On the other hand, her husband’s wealth is in the range of $10 million, also acquired through being an actor. It is believed that her roles in “Growing Pains” and the trilogy “Left Behind” were significant contributors to her current modest fortune.

Kirk and Cameron co-founded the charitable “Firefly Organization”, which raises funds to aid research and develop programs for prolonging brain health. The organization also runs Camp Firefly, which allows terminally-ill children to spend a free vacation week with their families at their headquarters. The idea behind the camp sprang from Cameron’s experience working with sick children during his acting career.

Chelsea often played her husband’s kissing double in his other movies per his request. Kirk actually insisted on having his wife do these cameo appearances, as he did not want to kiss other women, even on screen.

Happy Anniversary Kirk Cameron and Chelsea Noble! The couple has defied Hollywood odds and is celebrating 25 years of marriage today!

Born in Panorama City, California, Kirk began his career in the entertainment business at the age of nine, appearing in various commercials. He made his TV debut aged 11,  portraying Liam in the made-for-TV film “Goliath Awaits”. In the following four years, he switched between roles in TV series and movies, including “Two Marriages”, “Lou Grant”, and “More Than Murder”. In 1985 he landed his most recognized role, as Mike Seaver in the sitcom “Growing Pains” which catapulted him to stardom, as one of the most popular actors in the ‘80s and ‘90s.

In 1995, he was cast as Kirk Hartman, the main character in the sitcom “Kirk”. In the new millennium, he withdrew from mainstream TV, but still reprised his part as Mike in the two reunion movies for “Growing Pains”. Except for a couple of roles, he mostly appeared in religious films, including the “Left Behind” trilogy, and “Saving Christmas”. His last appearance was in 2019 in the Netflix series “Fuller House”.

Besides his acting career, Kirk has also established himself as an evangelistic minister – in 2002, he co-founded the organization “The Way of the Master” with his fellow evangelist Ray Comfort.  In 2009 he worked on the altered version of Charles Darwin’s “On the Origin of Species”, and distributed it with his organization, causing quite a commotion in the scientific community due to omitted chapters, and an introduction written by Ray Comfort.

That was not the only time Kirk landed in hot waters due to his beliefs – in 2012 he guest-starred on the talk show “Piers Morgan Tonight” and talked about homosexuality, saying it was unnatural and destructive to society, which drew criticism from the LGBT community, gay rights activists, and celebrities.