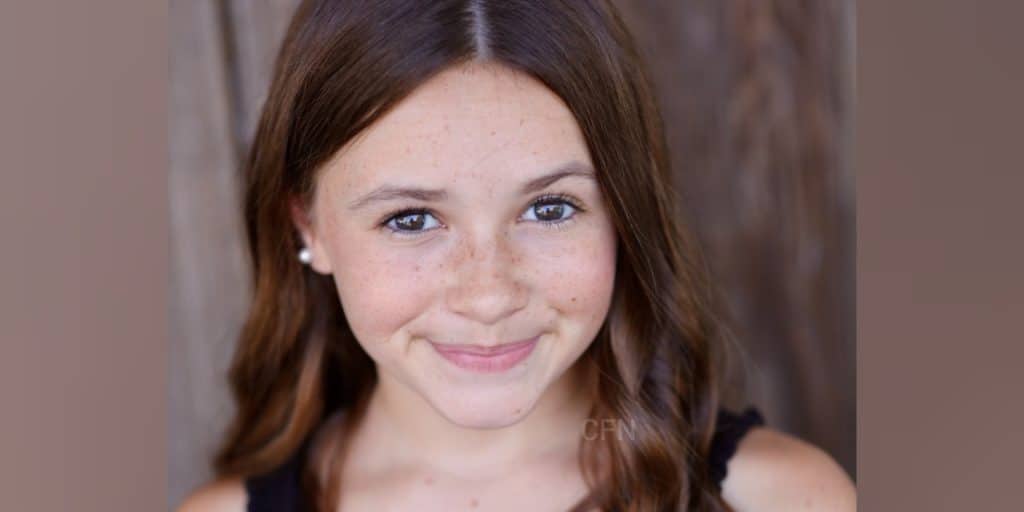 Who is Cailey Fleming?

Cailey Fleming is an American award-winning actress, best known to the world as Judith Grimes in the TV series “The Walking Dead” (2018-2022), and is also known as Carly North in the film “Peppermint” (2018), in addition to many other notable roles that she secured so far in her young but successful career.

Cailey Presley Fleming was born on 25 March 2007 under the Aries zodiac sign, in Picayune, Mississippi USA. She is the daughter of Misty and Matthew Fleming, and has an older brother named Chandler.

None of her family members have been involved in acting, but all of them support her in her efforts. She became interested in acting at the tender age of four, but at first her mother was against her becoming an actress. However, once she realized her undisputed talent, Cailey’s mother started supporting her and doing everything she could to help her launch her career. Her mother wanted Cailey to finish school before taking steps towards an acting career, but she now has a personal tutor with whom she follows the school curriculum, who also follows her on the sets, and helps her to become a better actress.

Cailey launched her acting career in 2015, with the role of Young Tig in the semi-autobiographical comedy-drama series “One Mississippi”, with Tig Notaro in the lead role. The same year, she was cast as Young Rey in the seventh installment of the “Star Wars” saga, entitled “The Force Awakens”. The film was a complete success, earning Cailey rave reviews for her efforts, and awarded IPOP Actor of the year and Star of the Year awards in Los Angeles.

Cailey continued to showcase her impeccable talents with roles in films, and in 2016 appeared in the drama “The Book of Love”, as 9-Year-Old Millie, with the older version portrayed by Maisie Williams, co-starring Jason Sudeikis and Jessica Biel. Moreover, she then starred in the thriller film “Desolation”, co-starring Raymond J. Barry and Dominik Garcia. She started 2017 with the role of Danielle in the horror action-thriller film “Armed Response”, with Wesley Snipes, Anne Heche and Dave Annable, and then joined the main cast of the Primetime Emmy Award-nominated comedy-drama series “Better Things” as Sorrow.

The same year, she guest-starred in the critically acclaimed TV series “Preacher”, while 2018 proved to be a major point of her career. First, she was Carly North in the action crime-drama film “Peppermint”, with Jennifer Garner, John Gallagher Jr., and John Ortiz in the lead roles, then later that year, she was selected as Judith Grimes, the biological daughter of Lori and Shane who was adopted by Rick after she was born, in the Primetime Emmy Award-winning horror thriller-drama series “The Walking Dead”; she was a recurring character in season nine but was promoted to regular for seasons 10 and 11.

So far, she’s featured in 53 episodes of the popular series, and in addition to acquiring world fame, Cailey took home the Merit- Honorary award from the CinEuphoria Awards event. In 2019, she reprised the role of Young Rey in the sequel “Star Wars: Episode IX – The Rise of Skywalker”, and the same year appeared in an episode of the critically acclaimed TV fantasy horror-mystery series “Creepshow”, while recently she guest-starred as Kid Sylvie in the fantasy adventure-action series “Loki” (2021), which stars Tom Hiddleston as the mercurial villain Loki.

When it comes to her personal life, Cailey is for now single, and at the age of 14 is solely focused on her rising career, and getting a proper education.

As of late 2021, Cailey Fleming’s net worth has been estimated to be already around $1 million, earned through her successful career as an actress, as she’d already appeared in more than 15 film and TV titles. She earns around $10,000 per episode of “The Walking Dead”, while she also receives incentives for relocations, if the filming takes place elsewhere than Los Angeles.

The young actress has long brown hair and hazel eyes. She stands at a height of 4ft 8ins (1.42m), while she weighs approximately 99lbs (45kgs). Her vital statistics are unknown, while she has a slim figure. Her shoe size is 4.5.

Additionally to acting, Cailey is interested in dancing, and though she hasn’t pursued it as a profession, she has been a member of a professional dancing studio since her early childhood.

Although still young, Cailey has already given back to the community; she is a strong supporter of LifeToday.Org, the organization that has built more than 6,200 water wells all around the world, bringing safe drinking water to families who live in areas previously without drinking water.

She is an avid animal lover, and has a pet dog named Baxter, which she often features in her Instagram posts.

Cailey has become a huge fan of the Marvel Cinematic Universe, and is hoping to return to “Loki” in a few more episodes in the near future.