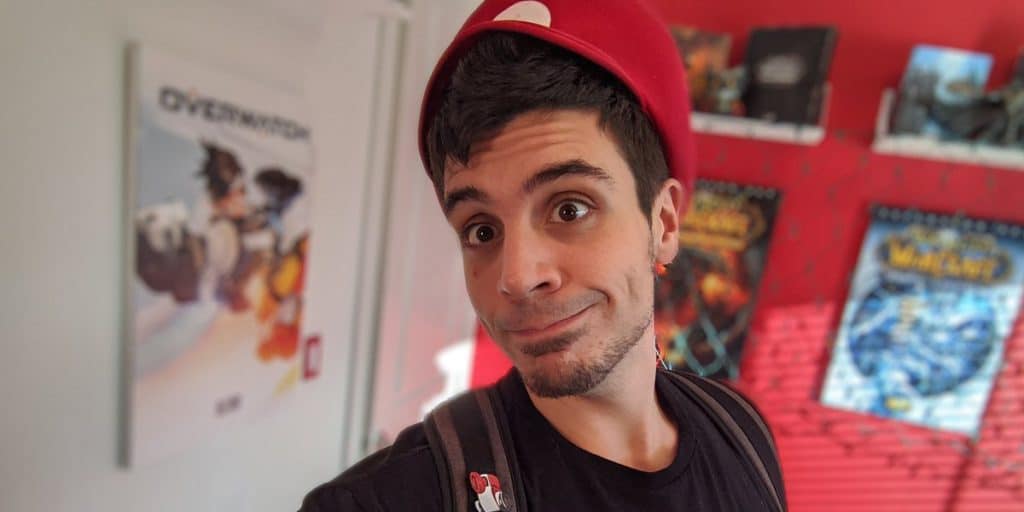 Anthony DiMarco, better known by his online alias ChilledChaos, was born on 30 May 1991 under the zodiac sign of Gemini, in New York City, USA. He is a 30-year-old social media personality, gamer, and YouTuber, who gained popularity for uploading gameplay videos for such games as “Prop Hunt” and “TTT” to his official YouTube channel. He is also known as a former member of a gaming group called The Creatures.

How rich is he, as of now? ChilledChaos Net Worth

As of mid-2021, ChilledChaos’ net worth is estimated at close to $1 million, earned through his successful internet-based career, which includes video monetization, donations, and creating sponsored posts and videos for various companies. He has also increased his fortune through the sales of his line of merchandise.

ChilledChaos spent his early years somewhere in New York, where he was raised by his father who works as a truck driver, and his mother who works at a local pharmacy; however, their names aren’t revealed to the public. He has a sister, but her name remains a mystery as well. He holds American nationality and belongs to White Caucasian ethnic group. Regarding his education, ChilledChaos attended Hofstra University, from which he graduated with a degree in Business in 2013.

Anthony DiMarco became an active member of the social media scene when he got Xbox Live for Halo 2 in early 2005, while he launched his YouTube channel called ‘ChilledChaos’ on 20 October 2008.

His career officially began two days later, when he uploaded his debut video entitled “Life in Fable 2 (MasterCard)”. It earned him a huge number of views which encouraged him to continue creating similar content related to various video games, such as “Minecraft”, “Red Dead Redemption”, “Prop Hunt”, “Little Big Planet”, “Trouble In Terrorist Town”, and “ShellShock Live”, among many others.

He reached one million subscribers by early 2015, after which his fan base continued to increase, and has now garnered over 1.4 million subscribers, while his videos have been viewed nearly 875 million times in total. Some of the videos that have been viewed over two million times are “Little Big Planet: JEFF THE KILLER (The Derp Crew)”, “ChilledChaos Tortures Seananners (Greatest Slenderman Video Ever – Dual Facecam)”, and “The Angry Whale Encounter! (Little Big Planet)”, to name a few.

Apart from running his main channel, Anthony runs his second YouTube channel under the name ‘ChilledChaosGAME’, on which he uploads videos without edits. The channel was created on 27 October 2015, and of now has amassed over 350,000 subscribers and over 100 million views in total. Some of his most popular videos include “REVENGE of the NECK TWISTERS! (Phasmophobia w/ Nanners, Gassy, Chilled & ASNW)”, “MONSTER DATING?! | The Truth About My Friends! (The Jackbox Party Pack 4)”, and “FLAWLESS IMPOSTER ROUNDS! (Among Us w/ Friends)”, among many others.

Besides that, ChilledChaos has two more YouTube accounts called, ‘TheDailyChilled’ and ‘ItsChillyWilly’; however, both accounts have been inactive for years. He didn’t upload many videos to the first one, while the latter served him to post the best moments from his other videos.

ChilledChaos used to make the “World Of Warcraft” Machinimas with his friends, but it was eventually taken down due to copyright strikes. He then created a group called CriousGamers, but they later disbanded, and he continued to produce and edit videos on his own. After becoming a close friend to Kootra, he started collaborating with him and doing body acting and voice acting in some of his Machinimas.

In 2009, he joined a gaming group called The Creatures which included YouTube commentators and Machinima makers Junkyard129, GassyMexian, and GoldenBlackHawk and among many others. He quickly gained popularity in the community for producing the highly acclaimed Machinima “Halo Final Fantasy”. After spending two years with the group, he left it on 19 October 2011 along with Junkyard129, the reason being his disagreement that The Creatures should be a business.

Since then, ChilledChaos has formed other groups, such as The Bors Angles, The Derp Crew 1 And V2, and ChronoCast together with Smarty, Diction, The Prison Shanks, and Gassy. In May 2014, he became a member of Machinima Live, and four years later joined the Let’s Play Family for Roosterteeth, making appearances in numerous videos with other members of the family since then.

What happened to him?

In January 2020, ChilledChaos revealed in a video that he was frustrated with the way he was running his main channel, so stopped uploading videos to that channel, instead focusing on streaming on Twitch, but continuing to upload videos to his second channel called ‘ChilledChaosGAME’. He also continued to play with The Derp Crew, and to stream with KaraCorvus, ShubbleYT, and others. Most recently, he teamed up with ZeRoyalViking and ShubbleYT to play on the Minecraft server The Pludge.

In addition to his career on YouTube, Anthony expanded his influence across other social media platforms, which he uses to promote his YouTube videos and other projects.

He’s active on Instagram under the username ‘littlechillywilly’, on which he has nearly 65,000 followers, and also runs his official Twitter account under the nickname ‘@ChilledChaos’ with more than 720,000 followers. He has more than 40,000 followers and likes on his Facebook page as well, moreover, he also streams on the Twitch platform, on which he goes by the same username and has over 370,000 followers. Most recently, he launched his own line of merchandise, that includes such items as hoodies, sweatshirts and T-shirts.

ChilledChaos has short dark brown hair and dark brown eyes. He stands at a height of 6ft 2ins (1.88m), while his weight is around 165lbs (75kgs).

ChilledChaos became romantically involved with a girl named Jess back in 2014, while he finally made their relationship public on Twitter in July 2017. They took a step closer to marriage in February 2018 when he popped the question and proposed to her. Both he and his girlfriend are avid animal lovers and they have a pet dog named Rexxar. Their current residence is in Austin, Texas, where they live with his friends Tom Fawkes, GaLm, and ZeRoyalViking.