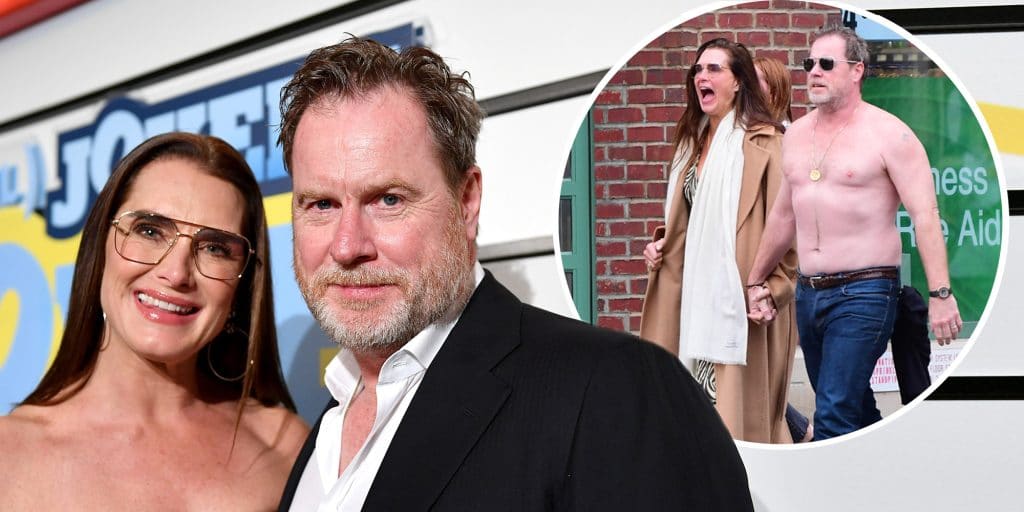 Chris Henchy is a famous American screenwriter, recognised as the comedic genius behind some of Will Ferrell’s funniest films. He’s been married to famous actress and model Brooke Shields for over twenty years.

Christopher Thomas Henchy was born in New York City, on 23 March 1964, to parents Patricia and Michael Henchy, who moved their family to Augusta, Georgia, shortly after his birth, were he grew up, and was a pupil at Saint Mary on the Hill Catholic School.

He then attended Friendswood High School, where he showed interest in journalism, and was an active member of the yearbook team.

Posted by The Cove Atlantis on Tuesday, November 7, 2017

His matriculation from high school was in 1982, and he was later celebrated as one of six distinguished alumni. Chris then enrolled at the University of New Mexico, where he was a proud member of the Sigma Alpha Epsilon chapter. He successfully earned a bachelor’s degree in finance, and became a notable alumnus from UNM.

With a finance degree and motivation in hand, Chris moved back to New York City after graduation to search for work opportunities. He started working at a job on Wall Street, but soon realized that business was not his calling. Only two years later, he left to work in the TV industry, specifically in the field of comedic writing.

In fact, Chris had been interested in comedy ever since he started viewing sitcoms as a child. In an interview, he said, ‘The announcers would say, “Sanford and Son” were filmed before a live studio audience.’ That fascinated me. And in the credits, they would list writers. I didn’t know how that worked. Did they write for each person? Or everyone?’

He also revealed that it was difficult to tell his parents about his decision, since no one would take throwing away five years of university lightly. Although it was a stressful decision, he surely came to appreciate his own bravery later. He started a new job at MTV, where he would write funny segments for various shows and sitcoms.

The people there liked his work so much that they assigned him to start writing the monologues for “The Larry Sanders Show”, hosted by Garry Shandling. His relationship with Garry would later prove to be very important, and would land him his first major gig.

Working with Will Ferrell and Adam McKay

After his initial success, he helped in writing for a variety of other projects, including sitcoms, specials, and TV series. But it wasn’t always so great; at one point, Chris was ‘slightly homeless’ and living in his car. His girlfriend at the time had kicked him out, and he didn’t have anywhere to sleep. Chris took his life into his own hands, and would drive up to Garry Shandling’s house to play basketball with his friends.

This is where he met Will Ferrell and Adam McKay, who later asked him to join the writing team of the script for “Elf .”Chris was often asked to collaborate with Will and Adam, and the three later founded their own comedy production company entitled “Funny or Die ”. They executively produced “Eastbound and Down” together, which aired for four seasons.

His first major solo credit was in 2000, for writing and producing NBC’s sitcom series “Battery Park” with Elizabeth Perkins. Three years later, he joined forces with Marco Pennette to create the show “I’m With Her,” which mirrored parts of his real-life relationship with wife Brooke Shields.

Chris’s first feature film was “Impractical Jokers: The Movie”. He was introduced to the show by his daughters, and was immediately intrigued. Coincidentally, only a few weeks later, he was phoned by his agent, who also represented the Impractical Jokers and was asked to be the director for their movie. He was invited to their live show in Atlanta, and was so entertained that he immediately sealed the deal. Chris went in a slightly different direction from the show, and make it accessible to people who hadn’t watched the show, adding slightly more narrative and history, which made it a beloved movie for everyone.

Chris met his future wife, actress Brooke Shields, when they were both working on the NBC show “Christmas in Washington” in 1998; Brooke was the host while Chris was the writer. They became good friends on set, and maintained a friendly relationship as Brooke was married to Andre Agassi at the time. A year later, she divorced the tennis player, and started dating Chris. In 2000, he proposed to her while they were in Mexico, with an antique diamond ring.

Their beautiful wedding ceremony was on 4 April 2001, hosted at the Ritz-Carlton Hotel in Marina del Rey, California; they also took the party to Catalina Island on a boat to continue the celebration.

The couple’s first daughter named Rowan Francis Henchy was born in May of 2003 in New York, and their second daughter, Grier Hammond Henchy, three years later. The couple is happily living together and raising their beautiful daughters in New York City. Their relationship is loved by many, as not many couples stay together in the film and TV industry.

Despite both of them being well-known, they lead a private life,only occasionally spotted outside together. We also get glimpses into their life through Brooke’s Instagram page. She enjoys posting about her projects, throwback images from Hollywood, and adorable family photos with her daughters.

They also have Instagram pages, though only Grier’s is open to the public.

As a successful producer, writer, and entrepreneur, Chris Henchy is estimated to have a net worth of close to $50 million. His wife, Brooke Shields, has a similar net worth – $40 million.