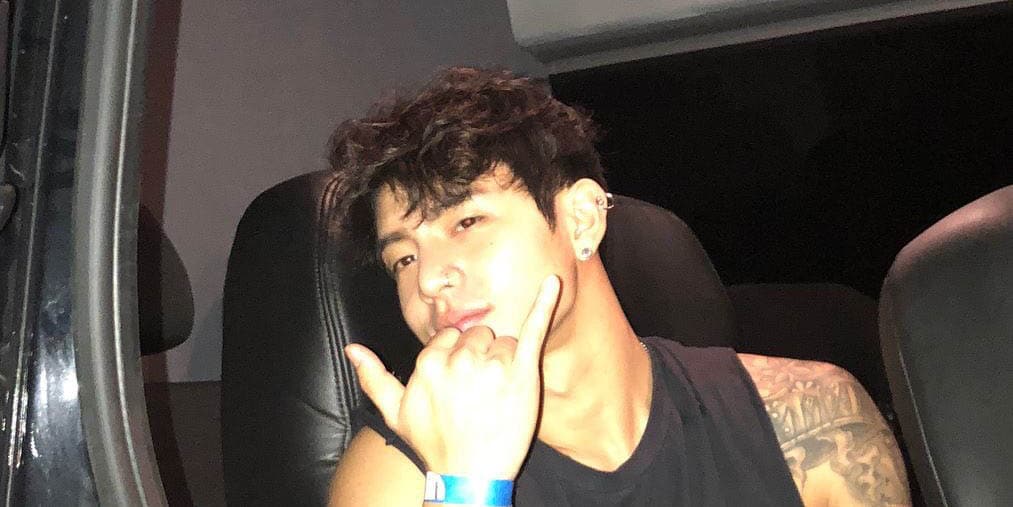 Christian Yu is a South Korean-Australian musical artist, director and producer, who came into the limelight in 2012. He’s possibly best known as a former C-Clown member, and the co-founder and lead singer of the independent music band Dream Perfect Regime, commonly called DPR.

Everything you need to know about the Korean star is detailed in the biography below. Keep reading.

Christian Yu, also known as Yu Ba Rom, was born on 6 September 1990 under the Virgo zodiac sign, in Sydney, New South Wales Australia. His parents were immigrants from South Korea, so Christian has Asian ethnicity, and holds dual nationality of Australia and South Korea.

Christian’s parents separated when he was young, so he was raised mainly by his mother. His love for music was inspired by “Cats”, the first musical he ever watched. He used to frequent circuses, where there would always be musicals on the play.

His love for music also attracted him to dancing. Christian attended a Performing Arts School, and joined a heavy metal band in middle school, in which he was the lead drummer. In Christian’s last year of high school, he was diagnosed with bipolar disorder which, according to him, explained his extreme mood swings.

Upon matriculating, Christian enrolled at the University of Sydney, however, he didn’t graduate, as he dropped out to pursue his dreams of becoming a renowned musician. At the age of 18, Christian relocated from Sydney back to Seoul, South Korea, where he became a B-boy.

Christian Yu built his career in South Korea because of how things were fast-paced there, especially with the growing popularity of Korean popular – K-pop – at the time. He participated in the second season of “Let’s Go! Dream Team”, a Korean TV show that featured newbies in the entertainment industry. After two episodes on the show, he left to pursue a career in music.

The project debuted at Number 92 on the Korean charts, and the band made its debut performance on Mnet’s TV program “M Countdown” the following day.

Later in 2012, C-Clown released its second EP, “Young Love”, which performed better than the first EP, and the following year the band released its third EP, “Shaking Heart” (2013), which reached the top of the Korean charts. C-Clown’s final EP, “Let’s Love”, was released in 2014, as unfortunately the group officially disbanded on 5 October 2015, three years after its creation, and the members pursued their individual interests.

Along the line, he partnered with his friends Hing Da Bin (DPR Live), Scott Kim (DPR Rem), Kim Kyung Mo (DPR Cream), and Lee Sung Joo (DPR Cline) to found an independent multi-genre musical record label which they named Dream Perfect Regime, also called DPR. The crew created the company to stay in charge of their finances and artistic expressions via audio and visual art. After the creation of the label, Christian Yu also changed his stage name, to DPR Ian.

On 26 October 2020, Christian made his debut as a solo artist with the song “So Beautiful”, and in December, released his second single, “No Blueberries”. In March 2021, DPR Ian released his first solo album, “Mood Swings in This Order”.

Some members of the DPR crew, namely DPR Ian and DPR Live, teamed up with Peace to create “Diamond and Pearls”, the second soundtrack in Marvel’s Japanese movie, “Shang-Chi and the Legend of the Ten Rings” (2021).

Since co-founding DPR, Christian has directed multiple music videos and commercials, such as “Borders” (2016) by Amber Liu, and “Wake Me Up” (2017) by Taeyang, and “DPR x Adidas Originals| SYNC PACK” campaign (2021),

In an interview with Teen Vogue, Christian revealed that the most challenging song he’s ever produced is “Welcome to the Show”.

DPR Ian keeps his private life under wraps. When asked about his ideal girlfriend’s qualities, he said, ‘I don’t have an ideal type because it’s an “in the moment” kind of thing for me. But one quality I wish my girl would have is being passionate about whatever she does. It could be anything.’

Christian praises his mother as his biggest supporter and inspiration – it’s evident that they have a close bond. On Instagram (@dprian), he has two million followers who keep up with his projects.

Christian Yu is 5ft 9ins (1.74m) tall, weighs about 132lbs (60kgs), and has short black hair and brown eyes. One thing that makes Christian the topic of discussion is the number of his tattoos; we’re not entirely sure of the count, but the visible ones are about 14 in number; he has his stage name ‘IAN’ tattooed on his left bicep. He also has a crown tattoo on his left shoulder and a horse behind his left shoulder. The quote ‘Be There. Be Down. Be You’ is the only visible tattoo engraved on the right side of his upper chest.

As per his dressing style, Christian likes leather jackets, hoodies and T-shirts. His style has a simple yet classy feel to it.

As of late 2021, Christian Yu (aka DPR Ian) has a net worth estimated at $1.5 million. Details of property owned by Christian Yu, the rest of the DPR Crew, or his family remain undisclosed.