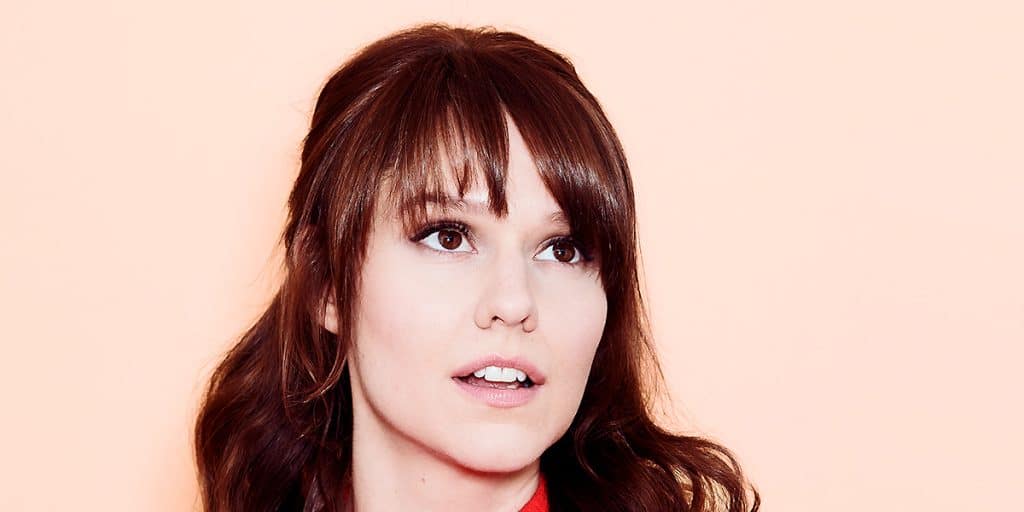 Who is Claudia O’Doherty?

Claudia O’Doherty was born on 29 November 1983 under the zodiac sign of Sagittarius, in Sydney, New South Wales Australia. She’s a 37-year-old actress, writer and comedian, probably best recognized for landing the role of Bertie Bauer in the Netflix romantic comedy series “Love” (2016-2018) and providing her voice to Marny in the Syfy adult animated sitcom “Wild Life” (2020).

How rich is she, as of now? Claudia O’Doherty Net Worth

As of mid-2021, Claudia O’Doherty’s net worth is estimated at close to $1 million, earned through her successful involvement in the world of entertainment.

She’s worked on 20 television and film acting credits since she launched her career in the early 2010s.

Claudia O’Doherty spent her early years in her hometown of Sydney, where she was raised by her father, Christopher O’Doherty, better known by his stage name Reg Mombassa and famous for being a member of the groups Mental As Anything and Dog Trumpet, and her mother, Martina O’Doherty. She has a sister named Lucy O’Doherty. Claudia holds Australian nationality and belongs to White Caucasian ethnic group.

Regarding her education, Claudia went to Sydney Church of England Girls Grammar School (SCEGGS) Darlinghurst, then upon matriculation, she attended the University of Sydney.

Claudia O’Doherty started her career while at the University, when she was a part of the Arts Revue where she met Charlie Garber and Nick Coyle. They soon started writing and performing stand-up comedy as a trio under the name Pig Island, at various festivals such as the Melbourne and Edinburgh Fringe. After the trio disbanded, she continued on to pursue her solo career.

Her debut show – “Monsters Of The Deep 3D” – earned her the 2009 Melbourne Fringe Best Comedy Award, as well as the Brisbane Comedy Festival Award, and in 2012 she received a nomination for Best Comedy Show at the Edinburgh Festival Fringe for her stand-up show “The Telescope”. Later that year, she wrote and featured as Claudia in the short-lived ABC comedy series “Problems”, alongside Sam Simmons, Lawrence Mooney and Anthony Morgan. Then in 2013 she wrote and appeared in a series of YouTube videos entitled “Claudia O’Doherty Comedy Blaps”.

Claudia’s debut feature film appearance came in the following year, when she was chosen to play an airline rep in the British-Australian teen coming of age comedy sex film “The Inbetweeners 2”, which is a sequel to the 2011 film “The Inbetweeners Movie”. It was a commercial success, one of the highest-grossing British film titles of the year.

After making guest appearances in such TV series as “Comedy Bang! Bang!” and “Kroll Show”, Claudia landed the role of Wendy in the 2015 romantic comedy film “Trainwreck”, directed by Judd Apatow, and sharing the screen with Amy Schumer, Brie Larson and Bill Hader.

The film was both a critical and commercial success, grossing over $140 million against the budget of $35 million.

Through 2015 and 2016, she wrote and starred in various roles in several episodes of the Primetime Emmy Award-winning comedy sketch TV series “Inside Amy Schumer”, hosted by Schumer, and aired on Comedy Central.

Claudia then lent her voice to April in two episodes of the HBO adult animated comedy series “Animals” in 2016. Her first main role came later that year, when she joined the cast of the Netflix romantic comedy series “Love”, in which she portrayed Bertie Bauer for three seasons until its final in 2018.

Concurrently, she continued to work on other projects – in 2017, she played teacher Sherry in the comedy film “Fun Mom Dinner”, next to Toni Collette, Adam Levine and Bridget Everett, and featured as a high powered circler in the techno-thriller film “The Circle”, alongside Emma Watson and Tom Hanks, but it went uncredited.

In 2018, Claudia O’Doherty took the role of Amy in the British comedy film “The Festival”, directed by Iain Morris. It was followed by her portrayals of a news anchor in Jonathan Levine’s romantic comedy film “Long Shot”, next to Seth Rogen and Charlize Theron, and Claudia Winter in the Irish horror comedy film “Extra Ordinary”, both in 2019.

During the same year, she collaborated again with Nick Coyle when cast in the title role in his six-part comedy web series “Sarah’s Channel”, for which she also served as an executive producer, and landed the role of Rachel in the ABC comedy-drama series “Squinters”.

Most recently, she provided her voice to Aunt Frisky in the critically acclaimed ABC Kids animated series “Bluey” and did the voice-over of Marny in the Syfy adult animated sitcom “Wild Life”, both aired in 2020.

Claudia O’Doherty manages to keep details about her private life away from the eyes of the public. Her relationship status is a mystery; however, many people believe that she’s single at the moment, and focused on her professional career. Her current residence is in Los Angeles, California.