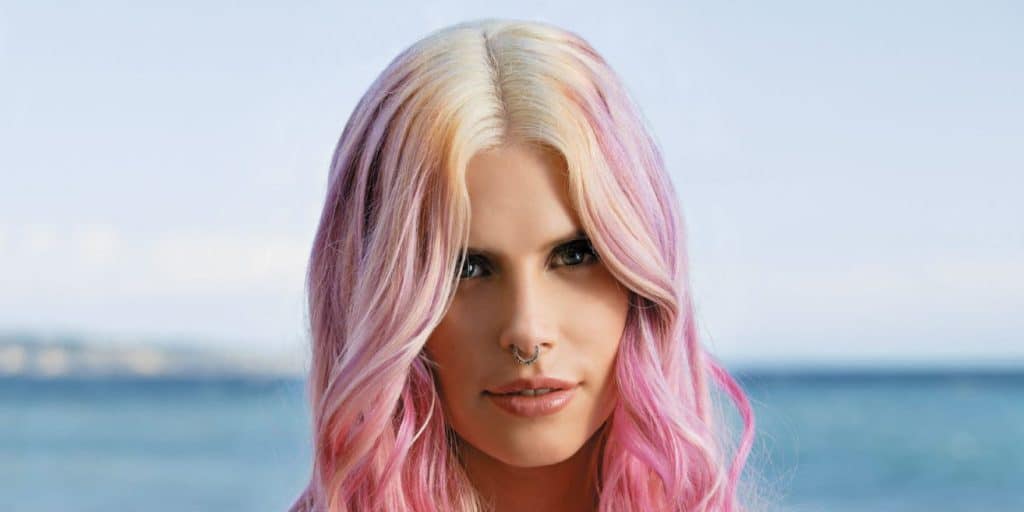 Who is Cleo Rose Elliott?

Cleo is a musician and model, but perhaps best recognized as the daughter of well-known actors Sam Elliot and Katherine Ross. She was born under the Zodiac sign Virgo on 17 September 1984, in Malibu, California, USA. As of early 2022, she is 37 years old, and holds American nationality.

Cleo was born into famous affluent parents – her father, Sam, is best known for his roles in “Lifeguard”, “Conagher” and “Hulk”, while her mother, Katherine gained popularity starring in the movies such as “The Graduate”, “The Stepford Wives”, and “Butch Cassidy and the Sundance Kid”. Her parents met on the film set of the horror film “The Legacy” and married in 1984. She doesn‘t have any siblings.

She developed an interest in music at a young age, and later began learning the art of playing several musical instruments, including the flute and guitar.

When it comes to her educational qualifications, she attended Malibu High, later transferring to Colin McEwan High School, matriculating in 2002. Cleo then enrolled at Joanne Baron/D.W. Brown Acting Studio in Santa Monica, graduating in 2006. Having completed her education, she trained in classical music and singing under Charity Chapman, the singer and songwriter, with a great interest in Italian opera. In an interview, Cleo disclosed: ‘Classical opera is the best way to warm-up your voice for singing rock. You don’t want to lose your voice rocking out”.

She launched her career as a model in 2003, while attending the acting studio appearing in the TV show “Sexyhair”, and later she featured in a variety of fashion magazines, such as “The Malibu Times”.

While working with Charity Chapman, she joined the American Society of Composers, Authors, and Publishers (ASCAP), where she met Bobby Harby, the music producer.

Working with Bobby in 2008, she released her first album entitled “No More Lies”, influenced by her opposing musical training and personal preferences. Talking to a media outlet, she disclosed: ‘The sound is very pop-rock, but I’m really into heavy hard rock. The song is about love, of course, and finding love and losing it but it isn’t about one specific person.’

However, the album didn’t attract the hype or positive reviews expected, and since then she’s struggled to emerge as an artist and singer. According to the latest reports, she’s represented a group of young musicians from Malibu, such as “2 Cents”, Tim Horn, and Schwarze.

She is very private about her personal matters and romantic life, however, it’s believed that she’s in a relationship with Randy Christopher Bates, an athlete, musician and singer, who performs with his band “Panic Boom”. Judging from his Instagram account, he likes spending time outdoors, cycling and surfing, often in the company of Cleo.

There were some rumors that Cleo and Randy became engaged, but given that she’s not active on social media, and generally doesn’t share personal information, it’s hard to establish whether they walked down the aisle. However, Cleo has a very close bond with her parents, and is often seen accompanying them at movie promotions and red carpet events.

Despite leading a low profile life, in March 2011 Cleo became the main topic of various media outlets after she allegedly attacked her mother, Katherine, with a pair of scissors.

According to her mother’s statements, Cleo lost control and wanted to hurt her physically, following her around the house, kicking cupboards in the kitchen and stabbing her. Katherine reached to call the police, but Cleo cut the cord off, and threatened to poke her eyes.

Following this incident, Katherine disclosed some private information about Cleo, saying that she had been verbally and physically abusing her in her formative years. Katherine sought a protective order against Cleo, which required her to stay 100 yards away from her mother – during the same month, Cleo arrived at the house in the company of a police officer to collect her belongings

Interestingly, they never disclosed what might have caused Cleo to act in such a manner, nor ever commented again regarding this incident.

As of 2021, her estimated net worth is in the range of $1 million, which she’s earned through her career as a model and musician. Her parent’s combined wealth is around $20 million, acquired through their careers as actors.

Cleo is 5ft 8ins tall (173cm) and weighs around 145lbs (65kgs). Her natural hair is brown, but over the years she has experimented with different hairstyles and hair dyes, such as pink, red and green. Her eyes are blue.

In her free time, she likes to attend concerts and festivals, and is a great fan of rock and metal music – her favorite bands include “Iron Maiden”, “Guns ’n’ Roses”, and “Metallica”.

Cleo likes to travel, and thanks to her parent’s prolific careers, she’s visited most states of the US, and European countries such as England and France.

Reportedly she is an avid dog lover.

As her favorite actor and actress she cites Dwayne “The Rock” Johnson and Angelina Jolie, while her favorite movies are “Jumanji: Welcome to the Jungle”, “Central Intelligence”, and “San Andreas”.

He kicked off his career as a supporting actor, playing unusual, eccentric and interesting characters, and given his physical stature and appearance, he was well-suited for Western movies. Sam made his TV debut in 1969, appearing in an episode of the series “Judd for the Defense”. After bouncing around roles in TV series, he landed a recurring part in the popular series “Mission: Impossible”, followed by his role in the made-for-TV movie “I Will Fight No More Forever”.

Throughout his career, actor Sam Elliott portrayed a gun-slinging cowboy we could always count on. What do you think was the best movie that Elliott ever filmed? grittv.com

Sam got his breakthrough role in 1976, when cast as Rick Carlson in the drama film “Lifeguard”, alongside Ann Archer, Stephen Young, and Parker Stevenson. From that point his career skyrocketed, and he starred in several commercially successful series, such as “The Shadow Riders”(1982),  “A Death in California” and “Mask”, both in 1985. During the ‘90s, Sam landed several roles in TV shows and movies, including “Gettysburg” and “Tombstone” both in 1993, and “The Big Lebowski” (1998). He also portrayed the main character, Conn Conagher, in the TV film “Conagher” in 1991, earning a Golden Globe Award nomination for Best Actor.

He continued building his profile in the new millennium, portraying various characters in commercially successful movies such as “Ghost Rider”, “Draft Day”, and “The Company You Keep”.

Regarding his latest roles, since 2015 Sam has been a recurring character in the Netflix series “Ranch”, while in 2018 he shared the screen with Lady Gaga and Bradley Cooper in the critically acclaimed movie “A Star is Born”, a performance which earned him the Academy Award nomination for Best Supporting Actor.

Similar to her husband, she‘s also a critically acclaimed actress with various awards under her belt, including two Golden Globes, a British Academy Film Award, and a nomination for an Academy Award. Katherine started her career while attending the Santa Rosa Junior College, performing in various plays. Later she dropped out, and relocated to San Francisco to perfect her craft at The Actors Workshop.

After several roles in theater productions of well-known plays, she switched to the screen, appearing in several TV shows, such as “The Lieutenant”, “The Virginian”, and “Run for Your Life”. Katherine made her debut movie appearance in the 1965 war drama film “Shenandoah”.

She landed her breakthrough role in the 1967 romantic comedy movie “The Graduate”, sharing the screen with Dustin Hoffman and Ann Bancroft, a performance which earned her the Golden Globe Award for New Star of the Year – Actress, and the nomination for Academy Award for Best Supporting Actress. In 1969, Katherine starred in the classic “Butch Cassidy and the Sundance Kid”, and the western movie “Tell Them Willie Boy is Here”.

Katherine continued rising through the ranks, starring in films such as “Get to Know Your Rabbit” (1972) and later “The Stepford Wives” in 2004, her portrayal in the latter earning her the Saturn Award for Best Actress. Regarding her later roles, she starred in the cult classic “Donnie Darko” (2001) “Eye of The Dolphin” (2006), and “The Hero”(2017).

When it comes to her personal life, she walked down the aisle four times before finally settling down with Sam. They are still together and apparently happier than ever, proving that even though long-lasting marriages are rare in Hollywood, they are possible.