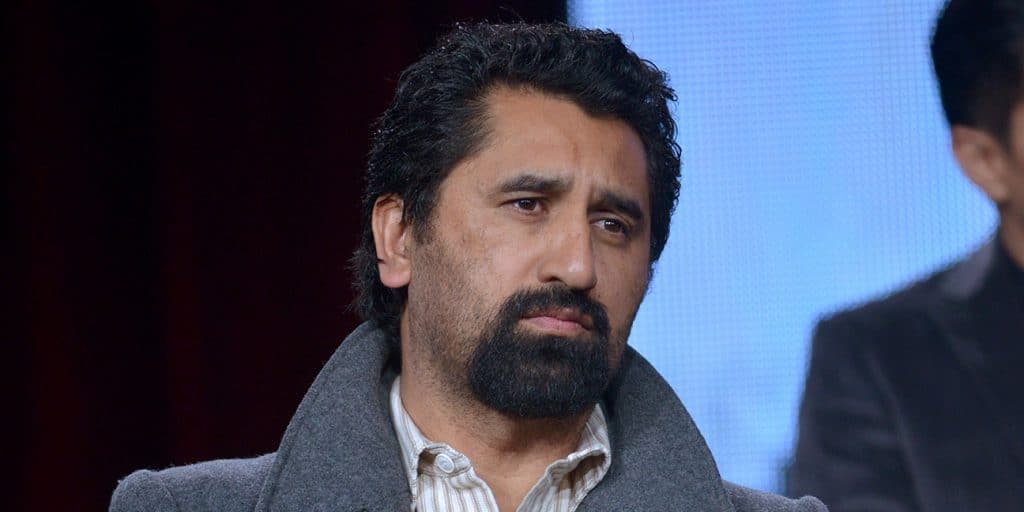 Who is Cliff Curtis?

Clifford Vivian Devon ‘Cliff’ Curtis was born under the zodiac sign of Leo on 26 July 1968, in Rotorua, Bay of Plenty, New Zealand; his nationality is New Zealand, and he’s of Maori descent. Cliff is an actor with 63 credits to his name, perhaps known best for his role as Mana in the movie “The Piano”, which had 56 award nominations. in addition to the 64 it won which included three Oscars for Best Actress – Holly Hunter, Best Supporting Actress – Anna Paquin, and Best Screenplay – Jane Campion.

Cliff was raised in Rotorua in the tribal Te Arawa and Ngati Hauiti, by his father alongside his seven siblings; his mother died in a car accident when Cliff was only three years old, and his childhood was quite difficult without her.

His father was an alcoholic, who was sometimes abusive, so growing up with him was hard for Cliff and his siblings. His father was an amateur dancer, and that was their only source of income to provide for food, so Cliff had to leave school at the age of 14, and work all sorts of jobs as a laborer.

The only thing that Cliff learned from his father was dancing, so later he participated in rock’n’roll competitions, and performed as a break-dancer; he also learned martial art based on traditional Maori weapons – Mau rākau with elder Mita Mohi, a teacher of this martial art and a former professional New Zealand rugby player. However, Cliff’s dream was to become an actor and to have a better life he decided to continue his education.

Cliff received his secondary education at Edmund Rice College, Rotorua, and upon matriculating he enrolled at Toi Whakaari: New Zealand Drama School, from which he graduated with a Bachelor’s degree in acting in 1989, and in the following years he attended Teatro Dimitri Scuola in Switzerland.

Cliff made his first appearance on television in the episode “As Darkness Falls” of the series “Hercules: The Legendary Journeys” in 1995, followed by roles in the series “Mysterious Island” and “City Life”.

After almost a decade, he was cast to play Adam Kadyrov in the series “Traffic”, a crime thriller drama that was nominated for 13 awards, including three Primetime Emmys, and won one award.

In 2009, he portrayed Reuben ‘Rabbit’ Palchuk in the series “Trauma”, a drama about the life and the job of a flight paramedic crew, in which Cliff acted alongside Anastasia Griffith, Aimee Garcia and Derek Luke; although the series had only one nomination, it was quite popular and well rated by the public.

In the following years, Cliff made appearances in two episodes of the series “Body of Proof” as a Special Agent Derek Ames, followed by his portrayal of Dax Miller in the series “Missing” in which he starred alongside Adriano Giannini and Ashley Judd. This action thriller drama created by Gregory Poirier had four award nominations, including two Primetime Emmys, and won one Hollywood Music In Media Award for Best Score in a TV Show.

In 2014, he was cast to play Javier Acosta in the crime drama series “Gang Related”, followed by perhaps his most significant role on television, portraying Travis Manawa in the series “Fear the Walking Dead”, a spin-off from the popular 2010 series “Walking Dead”. Cliff starred alongside Frank Dillane and Kim Dickens in this horror science-fiction drama about two families who are trying to survive the apocalypse of the undead; the series had 22 award nominations, and won two awards, including the 2021 Ruderman Family Foundation Seal of Authentic Representation award.

Cliff made his big screen acting debut in the 1991 movie “Undercover”, in which he starred with Alistair Browning and William Brandt, by the New Zealand’s production company, same as the 1992 movie “Desperate Remedies” in which Cliff portrayed Fraser, and won New Zealand Film and TV Awards, Best Performance in a Supporting Role: Male.

He had a minor role in the movie “The Piano”, which was one of the most successful movies released in New Zealand, and this role was significant for him, as Cliff became recognized for one line from the movie – “Uncle fucken Bully” referred to Cliff’s character Mana, spoken by Jake the Muss, a character portrayed by Temuera Morrison, became the most quoted and memorable line as a part of the trend called “Kiwiana”.

“Kiwiana” are certain items and icons that represent New Zealand’s heritage, all either unique or especially common to New Zealand; numerous companies use this trend to sell their products like jewelry, T-Shirts, cards, and decorations. Although Kiwiana is seen as a form of kitsch, this wasn’t an obstacle to the success of this trend.

In the following year, Cliff made an appearance in movies such as “Rapa Nui”, “Once Were Warriors”, “Hercules in the Underworld” and “Kahu & Maia”, followed by supporting roles in several TV movies, before he was cast to play Kip in the 1998 movie “Six Days Seven Nights”, alongside Harrison Ford, David Schwimmer and Anne Heche.

Cliff’s acting career was on the rise – he made an appearance in the 1999 movie “Three Kin directed by Martin Scorsese; gs, with George Clooney, Ice Cube and Mark Wahlberg in this adventure action comedy about four soldiers who were sent to get back stolen gold from Kuwait; the movie won eight awards from 19 nominations.

Cliff acted in another Martin Scorsese’s movie, when he was cast to play Cy Coates in the movie “Bringing Out the Dead”, with Nicolas Cage and John Goodman, followed by roles in movies such as “The Insider”, “Blow”, “Training Day”,” The Majestic” and “Collateral Damage”.

In 2002, he portrayed Porourangi in the movie “Whale Rider” a family drama about a Maori girl and her fight to follow her destiny, despite her grandfather’s opposition, which had 35 award nominations, including an Oscar, and won 33, Cliff the New Zealand Film and TV Award, Best Supporting Actor.

In the following years, he appeared in numerous movies, one of them “A Thousand Words” in which he was cast to play Dr. Sinja, starring alongside Eddie Murphy and Kerry Washington, followed by his role as Genesis in “The Dark Horse” a biographic drama about a troubled chess champion from New Zealand, which had won 26 awards, and was nominated for 14; Cliff won Asia Pacific Screen Award for Best Performance by an Actor, Special Mention award at Asian Film Festival Barcelona, New Zealand Film and TV Awards and Seattle International Film Festival awards for Best Actor.

Following years saw him in movies such as “Last Knights”, “Risen”, “The Meg”, and “Fast & Furious Presents: Hobbs & Shaw” in which he acted alongside Dwayne Johnson, Idris Elba, and Jason Statham, followed by roles in “Doctor Sleep”, “Murina” and “Reminiscence”.

Fans of Cliff Curtis will be happy to hear that he appears in “Avatar 2” and “Avatar 3”, which are in post-production, and sequel number four and five are going to be filmed later.

Cliff has kept his love life a secret – it’s only known that he’s married; the wedding was a private ceremony at his home, in the traditional way, so it’s assumed that his wife is also of Maori descent – there were rumors that she might be an Asian, however, her name hasn’t been revealed. The two have four children, however, their names and genders also remain private.

Birthday greetings to Cliff Curtis, the protector of the family in Fear the Walking Dead.

Other credits and interesting facts about Cliff Curtis

Besides his acting career, Cliff is also a producer, and the co-owner of independent film production company Whenua Films, which he formed with his friend Ainsley Gardiner; the company supports local short filmmakers, and have produced movies such as “Eagle vs Shark”, “Boy”, “Two Cars”, “One night”, and many other notable films.

An interesting fact about Cliff is that thanks to his origin, he’s been cast to play various ethnicities, such as an Indian, Middle Eastern descent, and Latin American, so has the nickname ‘all-purpose ethnic’ actor, however, it seems that Cliff has no problem with that, saying in one interviews, ‘I love being ethnic, I love the color of my skin.’

As of October 2021, his net worth has been estimated at over $3 million.