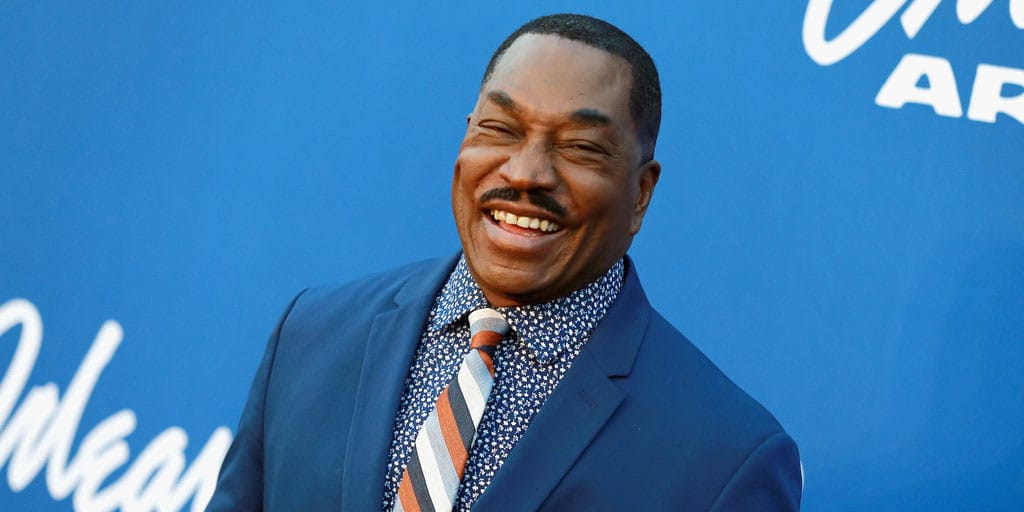 Clifton Powell is an actor-comedian, producer, director, and voice actor, perhaps known best for his roles as Jeff Brown in the biographical film “Ray”, and Big Mike in his latest comedy series, “The Last O.G.”

Clifton Powell’s date of birth is 16 March 1956, in Washington, D.C., USA, into a family of African-American descent. He grew up in the Mayfair Mansions neighborhood in Northeast D.C., with his parents Naomi and Ashford Powell, and his other siblings, about whom there’s no available information, but sources say he has 12!

In Clifton’s conversation with Pierre Edward in his podcast “Pierre’s Panic Room,” he mentioned that he first dreamed of being a football player.

However, when he attended DeMatha High School in Hyattsville, Maryland, and started playing it, he realized that it was not his passion, until he transferred to St. Anthony Catholic School, when he saw the play “My Fair Lady,” and asked the director if he could join a performance, and was given the role of General Bullmoose in “Li’l Abner”. That was when he found out that he wanted to be an actor. Then, he was accepted into the Workshops for Careers in the Arts (WCA) for high school students held at George Washington University. WCA was expanded and merged with Western High School and became Duke Ellington School of Arts.

Before its emergence with Western High School, he went to Emerson College in Boston from 1974 until 1979, where he got his degree in speech and education.

After finishing his studies, he was unemployed, and it took him nearly two decades before he set foot in Hollywood. In 1981, his acting career started when he landed his first role in a television movie, entitled “Ephraim McDowell’s Kentucky Ride.” In 1984, he was cast as his first film character – Ramon in “Alphabet City.” Since then, he’s appeared in over 100 films and television shows, including well-known films such as “Menace II Society,” “Rush Hour,” “Next Friday” – its sequel “Friday After Next” – and “Ray.”

Despite his success in the television and film industry, he hasn’t been exempted from discrimination and racism during his 30-year career. In a virtual interview with Robin Mayers on her blo, “The Jasmin’s Brand,” he lamented that he was turned down for many movies because the executives thought he was too black for the role, and which might terrify the viewers.

However, his stellar acting skills still brought him various movie types, including dramas, crime films, urban comedies, and culturally themed films. In an interview with Alexus Renée in the “Celebrity Myxer” show, he mentioned that he always practices method acting to portray naturally how the character feels and thinks, which approach encourages the performers or actors to immerse themselves in the role to understand their emotions.

He added that he conceals his true nature, and acts like a ‘character’ to move the audience.

He debuted as a voice actor in 2004, when he became the voice of Big Smoke, the villain in “Grand Theft Auto: San Andreas.” The following year, he was cast as Prisoner in “Boondocks,” an adult animated sitcom series. In 2011, he became a voice actor in another animated TV series, “Black Dynamite”, as Crenshaw the Slime and Daddy Dynamite.

Directing for Film and Television

Clifton has directed two comedy films, “Man of Her Dreams” and “There’s a Stranger in my House,” as well as television shows such as “Chase Street” and “Chase Street: Back Door Pilot.”

In addition to acting and directing, Clifton began working as a producer/consulting producer in 2005, and has produced multiple movies and series, the first one the 2005 film “Golden Empire”, in which he was also a cast member.

Clifton won Best Performance in the Actor category for the film “Civil Brand” at the Black Film Festival in 2002. He was also named in the Jury Award at the Top Shorts Film Festival in 2017, as the Best Supporting Actor for his character in “Chasing Titles Vol. 1.”

He was nominated for his roles in “Woman Thou Art Loosed” and “Ray” at the Black Reel Award and Image Award in 2005. His performance in the film “Ray” earned him nominations for Outstanding Performance by a Cast in a Motion Picture Category at the Joint Screen Actors Guild Award and Outstanding Supporting Actor in a Motion Picture at the National Association for the Advancement of Colored People (NAACP) Image Award both in 2005.

Clifton has been invited to various workshops and boot camps to share his experiences and life story. The two examples are the “Behind The Lenz Actors Bootcamp,” a two-day workshop that enhances the aspiring actors’ skills in acting, and the “On The Set Summer Film Camp,” which teaches kids ages 8–18 years old about film-making. Clifton said that he loves sharing his experiences in acting and movie making in workshops like these, because he attended one when he was young, before landing a Hollywood role that changed his life.

Kimberly Crooms is the wife of Clifton Powell, and they have two children, namely Clifton Jr. and Mary. Clifton Jr. is a basketball player at the University of California, Santa Barbara.

There are no details on the date of their marriage and how they met, but several sites claim they met before Clifton became a celebrity, and dated for several years before they married.

She is famous not just as the wife Clifton Powell but also as a designer and a chef. She’s created two Instagram accounts: one for posting her paintings and designs, and another for communicating with her clients for catering and dieting consulting.

Many websites state that the two have already separated because of Clifton’s adultery issue, but there’s no confirmation if they have divorced.

Around 2018, Clifton was rumored to be dating model and rapper Marquita “Kita” McSwain, the mother of a 12-year-old child.

Despite their age difference, they both proudly flaunt their love story with their children on their social media accounts. However, there was speculations that the two had already broken up.

In August 2012, a casino cocktail waitress sued Clifton Powell for rape, battery, and emotional distress. The court charged him $150,000 for the damage and $3,095 for the victim’s medical expenses.

After five years, the lead detective found inconsistencies in the plaintiff’s testimony, and the court eventually cleared him of the rape case, and learned that he was not provided a proper lawsuit.

Clifton has black hair and brown eyes, his height is 5ft 8ins (1.73m), and he weighs around 165lbs (75kgs). He likes wearing suits and sunglasses.

Many reports estimate that his net worth is more than $1 million. He has earned his wealth through acting, directing, producing, and voice acting, since he’s been in the entertainment industry for almost four decades.