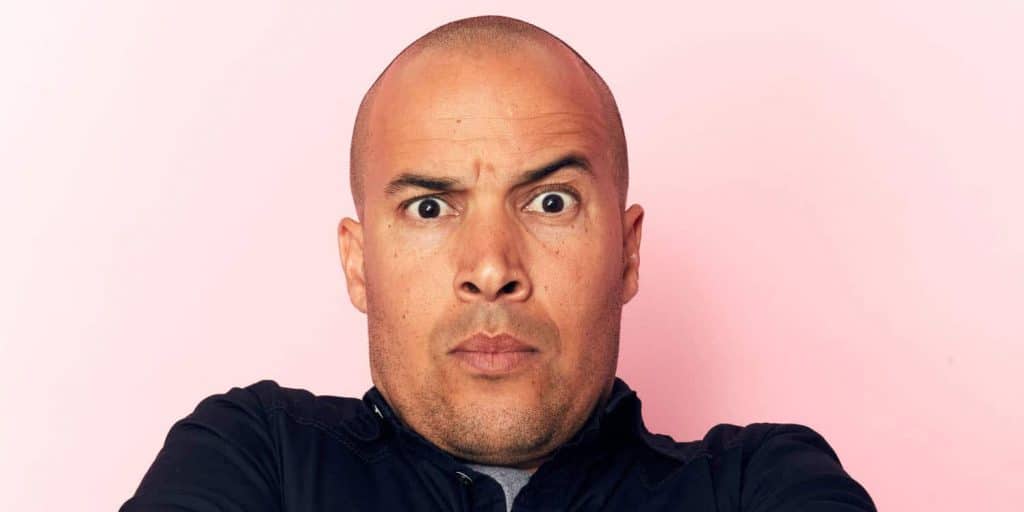 Who is Coby Bell?

Coby Scott Bell was born on 11 May 1975 under the zodiac sign of Taurus, in Orange County, California USA. He is a 46-year-old actor and producer, probably best recognized for landing the role of NYPD officer Tyrone ‘Ty’ Davis, Jr. in the NBC crime drama series “Third Watch” (1999-2005), portraying professional American football player Jason Pitts in the CW/BET comedy-drama series “The Game” (2006-2015), and featuring as Jesse Porter in the USA Network action crime series “Burn Notice” (2010-2013).

How rich is he, as of now? Coby Bell Net Worth

As of mid-2021, Coby Bell’s net worth is estimated at over $2 million; earned through his successful involvement in the entertainment industry. He‘s worked on more than 30 film and TV titles since he launched his acting career back in 1997.

Coby Bell spent his early years in his birthplace Orange County, where he was raised by his father Michel Bell, a well-known Broadway actor, and his mother whose name remains a mystery. He holds American nationality, and belongs to a mixed ethnic group since his father is African-American, while his mother is White.

Regarding his education, Cody Bell went to San Jose State University, from which he graduated with honors.

Coby Bell started his professional acting career in 1997 when he made his debut TV appearance as Devaughn in the episode “Father Wendell” of the WB’s sitcom “The Parent ‘Hood”, after which he continued to take guest parts in such TV series as “Buffy The Vampire Slayer”, “ER”, and “Smart Guy”. His first recurring role was in the CBS medical drama series “L.A. Doctors”, in which he starred as Patrick Owen from 1998 until it was canceled after a single season in 1999.

It was followed by his portrayal of Agent Dinko Bates in the 1999 made-for-TV action crime film “ATF”, directed by Academy Award-winner Dean Parisot.

Coby Bell gained enormous popularity in 1999, when he won his first lead role in the crime drama TV series “Third Watch”, starring in the role of NYPD Officer Tyrone ‘Ty’ Davis, Jr. in every episode of the show until its finale in 2005. It’s one of his biggest roles, and for which he remains famous; the series was created by Edward Allen Bernero and John Wells for NBC. He didn’t work on any other projects during this period, but then he went on to play Glen in the UPN sitcom “Half & Half” in 2005.

Coby then made his debut feature film appearance as Renny Lyles in the 2006 drama film “Drifting Elegant”, alongside Josh Stamberg and Jennifer Mudge. He also served as a co-producer for the film. His next major role came later that year when he joined the main cast of the CW/BET comedy-drama series “The Game”, a spin-off from the UPN sitcom “Girlfriends”. He took the role of professional American football player Jason Pitts and remained in the series for nine seasons until it ended in 2015.

Concurrently with filming “The Game”, Coby Bell continued to take parts in other film and TV titles.

In 2007, he played Jude in the made-for-TV sci-fi action film “Showdown At Area 51”, broadcast on the Sci-Fi channel. It was followed by his portrayal of a dreadlock man in the sports drama film “Ball Don’t Lie”, and his voice-over of Tyler in the short romantic film “Flowers And Weeds”, both in 2008. Two years later, he provided his voice to a character in the shooter video game “Halo: Reach”.

Thereafter, he was cast as Jesse Porter in the action crime TV series “Burn Notice” (2010-2013), which was aired on USA Network, starring in the series alongside such actors as Jeffrey Donovan, Bruce Campbell and Gabrielle Anwar.

In 2015, Coby Bell played Chris in the made-for-TV drama film “The Advocate”, after which in 2016 he had the part of Pascal Barrett in another made-for-TV drama film entitled “Cruel Intentions”, next to Peter Gallagher and Sarah Michelle Gellar. During the same year, he also landed the role of Aaron in the remake of the British series “Mad Dogs”, that was produced by Amazon Prime Video.

In 2017, he took the recurring role of C.O.A. Remiel in the drama streaming series “Hand Of God”, which was also released on Amazon Prime Video. Later that year, he won his next main role in the Fox superhero series “The Gifted”, in which he starred as Jace Turner next to Stephen Moyer and Amy Acker.

The series was created by Matt Nix and based on the Marvel Comics superheroes, and Coby remained in the show for two seasons until it was canceled in 2019 due to low ratings. Afterwards, Coby was cast as Warrant Officer Glen Mack in the CBS military drama series “SEAL Team” between 2019 and 2020, and most recently, he was chosen to portray the main role of Larry James in the CW’s Western crime drama series “Walker”, which premiered in January 2021.

Coby Bell has short dark brown hair and dark brown eyes. He stands at a height of 6ft 3ins (1.91m), while his weight is around 192lbs (87kgs). Information about his vital statistics, biceps size, and shoe size isn’t available.

Coby Bell is a married man, to Aviss Pinkney Bell; the couple tied the knot at a ceremony held on 9 June 2001. They have four children together, two sets of twins. She gave birth to their twin daughters, named Jaena Bell and Serrae Bell, on 21 June 2003. They welcomed the second set of twins, son Eli Bell and daughter Quinn Bell, on 2 December 2008. The family currently resides in Long Beach, California.

In his spare time, Coby writes songs, sings, and plays the keyboard in a reggae band. He also enjoys playing tennis as well as basketball.

Besides that, he collaborates with the non-profit organization Big Brother Big Sisters of America, that provides helps, and encourages children to reach their potential. He serves there as a mentor to underprivileged youths.