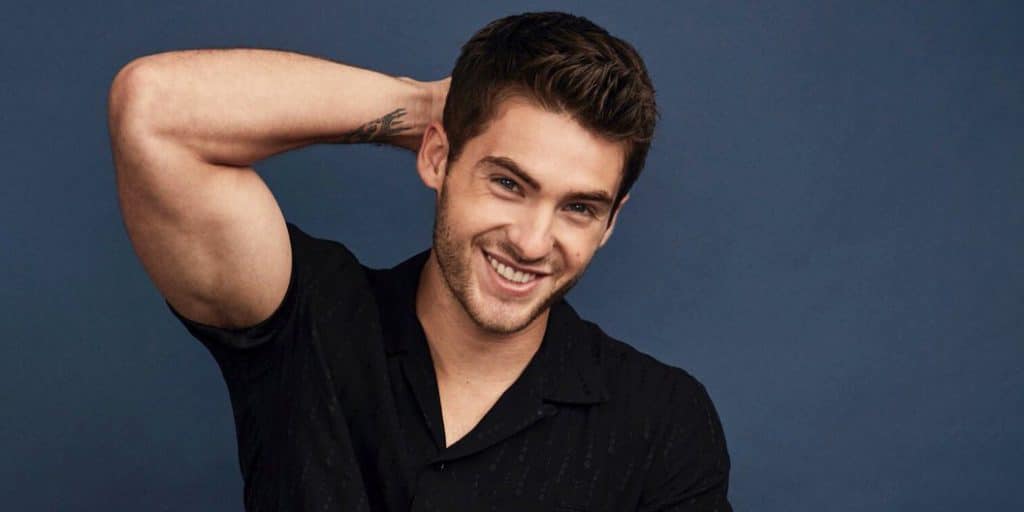 Who is Cody Christian?

Cody Christian is an American actor, probably best known to the world as Mike Montgomery in the TV series “Pretty Little Liars” (2010-2015), and as Theo Raeken in the TV series “Teen Wolf” (2015-2017), in addition to many other roles that he has had so far in his career.

Cody Allen Christian was born on 15 April 1995 under the Aries zodiac sign, in Portland, Maine USA. The son of Scott Bohall, an army veteran, and his wife Ashley Rose Hall, who is of Native American ancestry and a member of the Penobscot nation, growing-up on a reservation in Maine.

She is a breast cancer survivor and Cody has been active in many campaigns spreading awareness of the disease and raising funds for breast cancer research. He is the younger of two boys born in the family, and his brother is Joshua Bohall. Cody spent the majority of his childhood in Franklin, Indiana to where the family moved, during which time he showcased an interest in various sports, but also music and acting as well.

He was just nine years old when he heard a radio ad for a local audition for a commercial, which sought children who play football.

It was a perfect opportunity for him to combine the two things he loved the most, football and acting. He moved with his mother to Los Angeles to audition for the part and was successful. Once he made his commercial debut, Christian started auditioning for various other roles, and in 2006 featured in the short film “The Profound Mysteries of Tommy Kuglar”, in which he portrayed Young Tommy Kuglar, followed by the role of The Kid in the short film “Corndog of Tolerance”, also in 2006.

The following year, Cody guest appeared in the award-winning comedy-drama TV series “State of Mind”, which starred Lili Taylor, Derek Riddell and Mido Hamada, and continued his career with guest roles in such TV series as “Back to You”, and “True Blood” in 2007 and 2008 respectively, while in 2009 he made his feature film debut in the role of Boy Canter in the sci-fi action thriller film “Surrogates”, starring Bruce Willis, Radha Mitchell and Ving Rhames.

Cody’s career was improving, and in 2010 he was chosen for the part of Mike Montgomery in the award-winning TV romantic mystery drama series “Pretty Little Liars”, with Troian Bellisario, Ashley Benson and Lucy Hale as the main stars, featuring in 29 episodes of the popular series until 2015.

Concurrently, Cody showcased his acting skills in other projects; in 2011 he featured in the biopic about Danny Greene, an Irish thug working for the mob in the ‘70s, entitled “Kill the Irishman”, and then played Flint Forster in the TV series “Supah Ninjas”.

Right after his stint on “Pretty Little Liars” ended, he was selected for another long-term role, the part of Theo Raeken in the TV fantasy action-drama series “Teen Wolf”, joining the main cast comprised of Tyler Posey and Holland Roden in the fifth season of the award-winning series. He appeared in 29 episodes from 2015 to 2017, meantime in 2016 Cody was Dylan in the action-thriller film “Submerged”.

His next role was as Johnny in the action comedy-crime film “Assassination Nation” in 2018, written and directed by Sam Levinson and starring Odessa Young, Abra and Suki Waterhouse, and the same year he was selected for the role of Asher Adams in the sports-drama series “All American”, co-starring with Daniel Ezra, Samantha Logan, and Michael Evan Behling. So far he’s featured in 50 episodes of the critically acclaimed series. Two years later, Cody voiced Cloud Strife in the video game “Final Fantasy VII Remake”, while in 2021 he was Nick Newell, the lead character in the film “Notorious Nick”, which follows Nick on his journey to succeed as a one-armed MMA fighter.

He is currently working on the film “Teen Wolf”, which will come out in 2022.

When it comes to his personal life, Cody is rather secretive about it, however, a few pieces of information has surfaced since he became an international star. In 2017, he started dating actress Talia Maxine, but their romance ended within a couple of months. He was then seen with actress and model Bella Thorne, and according to reports, he’s now dating American model Alex Swift.

As of late 2021, Cody Christian’s net worth has been estimated to be around $2.5 million, earned through his successful career as an actor, appearing in over 20 film and TV titles, all of which have added to his wealth.

The prominent actor has dark brown hair and blue eyes. He stands at a height of 5ft 8ins (1.73m), while he weighs approximately 150lbs (68kgs). His vital statistics are unknown, though he has an athletic figure. A huge fan of tattoos, Cody has several on his body.

In addition to acting, Cody is a music lover, and has recently started making music in the rap genre, and has released “Almost”, “Drippin”, “Vacation”, and “Hills”, among others.

He also loves playing video games and his favorite is “Halo”.

He is an avid animal lover, and has a dog and a cat as his pets. His pet cat is Athena, while he hasn’t revealed the name of his pet dog.

Cody was involved in a controversy when his alleged private video was leaked and the media launched speculations of him being gay. However, these speculations have been debunked as it wasn’t him in the video.

Cody now resides in Los Angeles, California USA, and his pets are living with him.