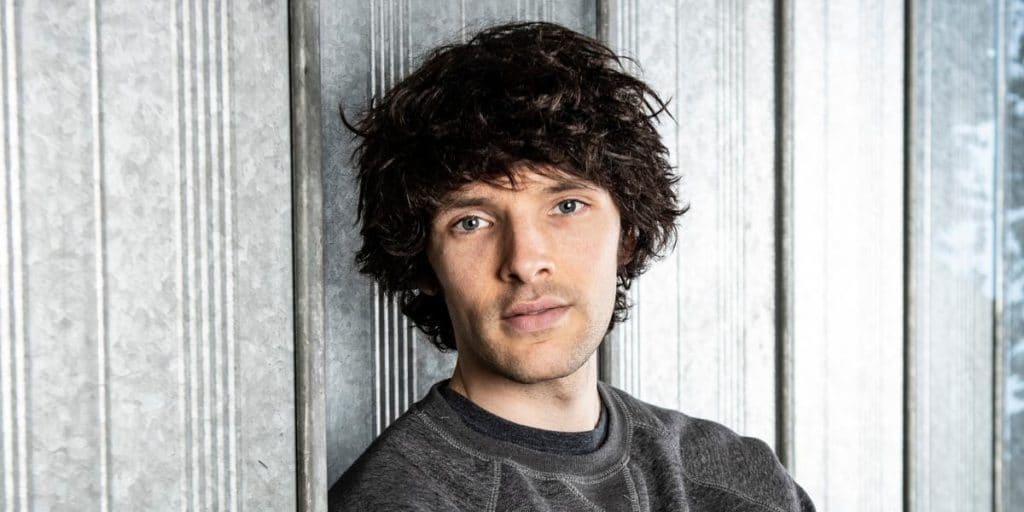 Who is Colin Morgan?

Colin Morgan is a Northern Irish actor, perhaps best known to the world from playing the title role in the TV series “Merlin” (2008-2012), then as Victor Richardson in the film “Testament of Youth” (2014), and as Leo in the TV series “Humans” (2015-2018), among numerous other roles that he has secured in his career.

Colin Morgan was born on 1 January 1986 under the Capricorn zodiac sign, in Armagh, Northern Ireland to Bernard, a painter and decorator, and his wife Bernadette, a nurse.

13 years of Merlin! It was broadcast for five series on BBC One between 20 September 2008 and 24 December 2012. 🧙#ColinMorgan #MissingMerlin #Merlin #HappyMerlinAnniversary

He has an older brother Neil, and both were raised as Roman Catholics. He attended Integrated College Dungannon, and featured in several college productions such as “Surgical Sensations” performed at St. Senapods, and “Bad Day”, played at Black Frog Creek.

He then enrolled at Belfast Institute of Further and Higher Education, and in 2004 acquired a National Diploma in Performing Arts from the institute, then continued his education by enrolling at the Royal Conservatoire of Scotland. He obtained his degree in 2007 and just a few months before his graduation, he was discovered by theatre director Rufus Norris who immediately cast him in the play “Vernon God Little”.

Colin’s acting career started in 2007 when he was cast by Rufus Norris as the titular character in the play “Vernon God Little”. Performed at Young Vic Theatre, Colin received high praise for his work and received the London Newcomer of the Year award nomination by Whatsonstage.com Theatregoers’ Choice Awards. Although he launched his television career as well, the same year he was Esteban in Tom Cairns’ directed play “All About My Mother”, based on the comedy-drama film written and directed by Pedro Almodovar.

He has remained true to the stage, continuing to appear in various plays, despite becoming a popular on-screen actor. He was Ariel in the play “The Tempest” performed at Shakespeare’s Globe in 2013, then in 2018 he played Owen in the play “Translations” at Royal National Theatre, while recently he featured in the play “A Number” (2020), directed by Polly Findlay and performed at the Bridge Theatre.

Colin made his on-screen debut in the TV series “The Catherine Tate Show” in 2007, then in the following year he was chosen for the part of Merlin in the fantasy adventure-drama series “Merlin”, starring in all 65 episodes of the award-winning series through 2012, alongside John Hurt and Bradley James.

He continued his career in stunning fashion following the end of his portrayal of Merlin, first with the part of DS Tom Anderson in the TV crime-drama series “The Fall”, starring Gillian Anderson, Jamie Dornan and John Lynch, which he portrayed from 2014 to 2016, while in 2014 he was also Victor Richardson in the historical romantic war-drama film “Testament of Youth”, which starred Alicia Vikander, Kit Harrington, and Taron Egerton. The following year, he worked again with Egerton, this time on the crime-drama biopic about the identical twin gangsters Ronald and Reginald Kray, entitled “Legend”, co-starring Tom Hardy and Emily Browning, and he joined the cast of the TV sci-fi drama series “Humans”, with Katherine Parkinson, Gemma Chan, and Lucy Carless as the main stars. Colin featured in all 24 episodes of the award-winning series from 2015 to 2018, once again proving his acting talents in the long run.

In 2017, he was Paul Ashton in the mystery drama film “Waiting for You”, co-starring next to Fanny Ardant and Audrey Bastien, and portrayed Lord Alfred Bosie Douglas, the poet and lover of Oscar Wilde in the biopic about the infamous Irish poet and playwright, entitled “The Happy Prince”, written and directed by Rupert Everett, and starring Everett as Oscar Wilde; Colin Firth portrayed Reggie Turner, and Emily Watson played Oscar Wilde’s wife Constance Lloyd. The same year, Colin co-starred in Simon Amstell’s written and directed award-winning romantic comedy-drama film “Benjamin”, alongside Gabe Gilmour ad Jack Rowan. In 2021, Colin was Billy Clanton in the award-winning drama film “Belfast”, written and directed by Kenneth Branagh, and also co-starred in the TV mini-series “Three Families”, about Northern Ireland’s restrictive abortion law, and the way it affected three families.

To speak further of his on-screen success, Colin is now working on several projects, including the comedy-drama series “Mammals”, and the drama film “Genuine Fakes”, which is currently in pre-production.

Recognized for his strong accent and smooth voice, Colin has done work on the radio, which includes the BBC Radio play “Cry Babies” in 2009 in which he read the part of Roger, and also starred as Newton Pulsifer in the audio dramatization of the book “Good Omens”. Moreover, he read “Autumn Journal”, a poetic testimony of the life of the famous Northern Irish poet and playwright Louis MacNeice.

On 14 April 2012 BBC 2 Radio marked the 100th anniversary of the Titanic’s sinking with the “Titanic: A Commemoration in Music and Film” documentary, and Colin was chosen to read the testimonials made by the survivors.

When it comes to his personal life, Colin hasn’t talked much about it, and prefers to keep information hidden from the media. He was rumored to be dating his “Merlin” co-star Katie McGrath, and that the two even became engaged in 2016, but those rumors were untrue. It seems that Colin is single at the moment, and focused on his career.

As of late 2021, Colin Morgan’s net worth has been estimated to be around $4 million, earned through his successful career as an actor, during which he’s appeared in around 30 film and TV titles, while his work on stage has also contributed to his overall wealth.

The award-winning actor has dark brown hair and blue eyes. He stands at a height of 6ft (1.83m), while he weighs approximately 165lbs (75kgs).

His vital statistics are currently unknown, though he has an athletic figure.

Colin has worked with a number of charitable organizations, and contributed to various charitable events, including the A Night Less Ordinary, and collected funds for the Great Ormond Street Hospital.

He is a vegetarian, behind which stands his lactose intolerance and various food allergies.

He does yoga on a daily basis and is an active swimmer.

He isn’t active on social media, and has criticized the celebrity culture, saying that something has been lost along the way with the craft of story-telling, and that the creativity has been overshadowed by the business.