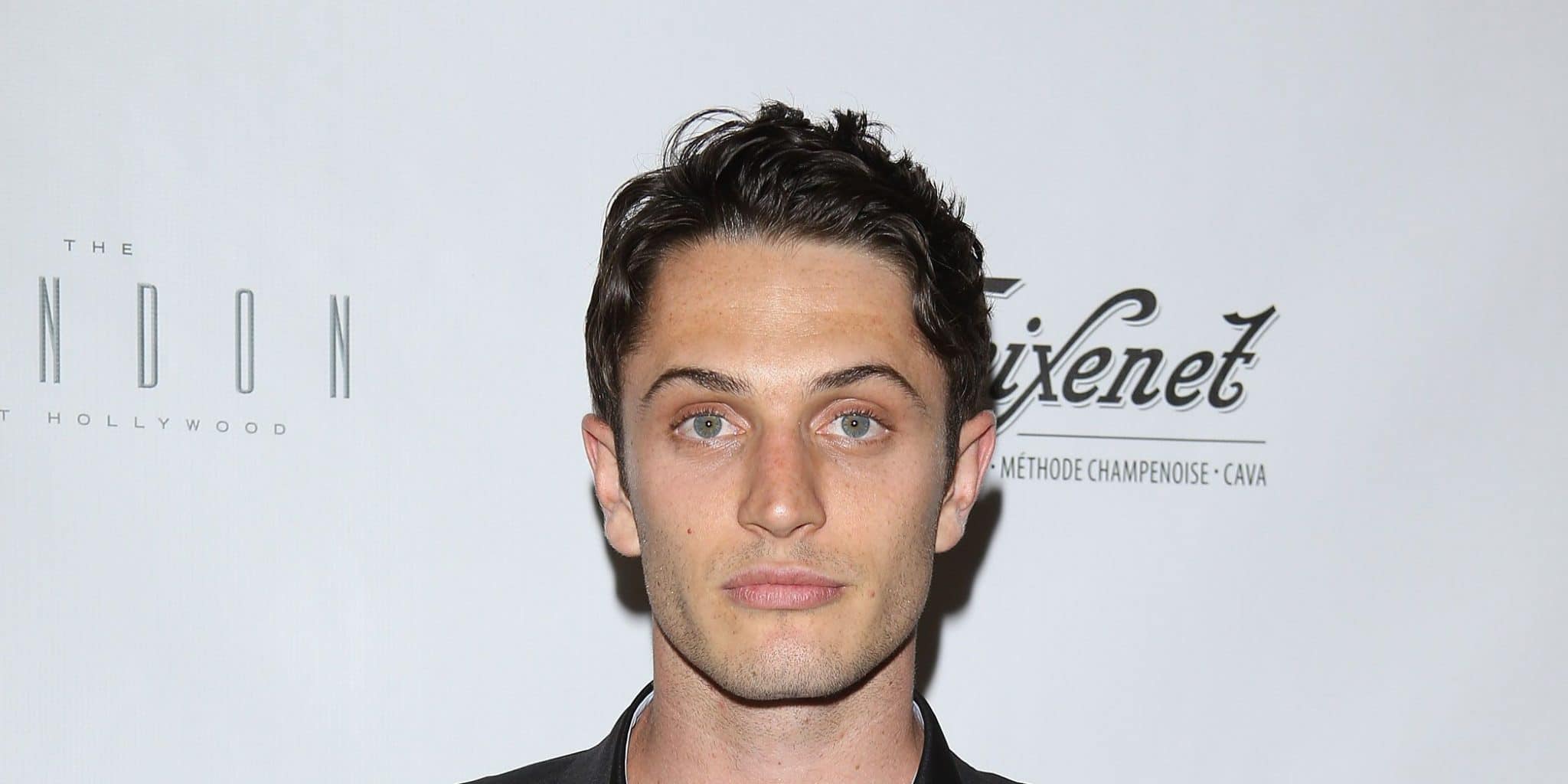 Colin Woodell’s Bio: Is He Dating Danielle Campbell Or Gay?

Who is Colin Woodell?

Colin Todd Gerard Woodell is an actor who gained popularity for his memorable roles in TV series such as “The Purge”, “The Originals”, and “Flight Attendant”. He additionally came into public focus starring in the hit movie “Unfriended: Dark Web”. Colin was born under the Zodiac sign Sagittarius on 20 December 1991, in San Francisco, California, USA. As of 2021, he is 29 years old and holds American nationality. Colin is currently residing in Los Angeles.

Colin was born to Susan Woodell and Brian Henry Woodell, and spent most of his childhood and formative years in Burlingame. Regarding his siblings, he has an older sister, Keelin, who is also an actress, perhaps best recognized for her roles in “CSI: Miami”, “Agents of S.H.I.E.L.D.”, and “The Bye Bye Man”.

When it comes to his education, he attended the private San Francisco-based St. Ignatius College Preparatory, from which he matriculated in 2010. He was also active in the American Conservatory Theater, where he occasionally performed as a member of the Young Conservatory. Following his matriculation, he relocated to Los Angeles and enrolled at the University of Southern California, where he obtained a Bachelor of Fine Arts in Theater, graduating in 2014.

Colin launched his career in 2013 while attending University, landing a minor role in the popular police procedural series “Criminal Minds”, followed by another one-episode appearance in “CSI: Crime Scene Investigation”.

In 2014 he landed the recurring role as Ethan Sinclair in the comedy-drama series “Devious Maids”, appearing in the second season. During the same year, he was cast as a werewolf named Aiden in the “Vampire Diaries” spin-off series entitled “The Originals”, appearing as a recurring character in the second season. His performance in the supernatural fantasy series garnered a substantial fan base and exposure, considering the show’s popularity and reach. The following year, he landed another recurring role as Ronald Sturgis in the period drama “Master of Sex”, appearing in five episodes of the fourth season.

In 2016 he made his movie debut starring as Ray in the Netflix drama film, opposite Sarah Hyland and Graham Phillips.

During the same year, he appeared as Tyler Richmond in two episodes of the political thriller series “Designated Survivor”, then the following year, he switched from his usual TV appearances to theater, portraying Edmund Tyrone in the tragedy play entitled “Long Day’s Journey Into Night” at The Geffen Playhouse.

Continuing to build his profile, in 2018, he starred in several successful productions, such as the award-winning drama movie “The Neighbor”, in which Colin shared the screen with William Fichtner and Jean Kelly. He also portrayed Mark in the commercially successful psychological horror movie  “Unsane”, which received numerous positive reviews from critics aimed at the plot development, cast’s performance, and direction.

After landing a minor role as a 911 operator in another commercially successful film, the mystery thriller “Searching”, Colin scooped the lead role as Mathias O’Brian in the computer horror screen movie “Unfriended: Dark Web”, opposite Rebecca Rittenhouse and Betty Gabriel. The film is a sequel to the first installment entitled “Unfriended”, which explores the dangers of the dark web, and the vast but dangerous possibilities it offers. Even though the movie didn’t achieve the hailed box-office success of the first installment and received mixed reviews, it still managed to gross decent earnings considering the $1 million budget.

During the same busy 2018, Colin landed the role of Rick Betancourt in the anthology series “The Purge”.

The show ran for two seasons, receiving mixed and average reviews, after which it was canceled by USA Network.

In 2020 Colin appeared as Charles in the adventure movie “The Call of the Wild”, opposite Harrison Ford, Dan Stevens and Karen Gilan. Even though the critics praised the minimalist yet very reactive performance of Ford, the CGI artists took a heavy blow for the depiction of animals – it was described as “uncanny” and “unnecessarily distracting”. Additionally, the family-friendly adventure proved to be a box-office bomb, with an estimated $50million losses for 20th Century Studios.

The show premiered in November 2020, receiving overwhelmingly positive reviews and over 20 nominations, including nominations for Primetime Emmy and Golden Globe Awards. Following the show’s enormous success, in December 2020, it was announced that the series was renewed for another season, which will premiere in 2022. Colin’s performance did not go unnoticed, as he was nominated for the Screen Actors Guild Award for Outstanding Performance by an Ensemble in a Comedy series.

Colin is set to appear in the action-thriller entitled “Ambulance” opposite Jake Gyllenhaal, Jahya Abdul-Mateen II, and Eiza Gonzalez, which will premiere in 2022. The film follows two robbers who highjack an ambulance after their heist goes wrong.

While most of his dating history remains unknown, Colin has been dating his co-star from “The Originals”, Danielle Campbell since 2018, who landed her breakthrough role in the Disney movie entitled “Starstruck”. Rising through the ranks of her profession, she additionally gained attention portraying one of the main characters, the coven witch Davina, in “The Originals”, and Kayla/Olivia in the TV series “Tell Me a Story”. Danielle often shares photos of Colin on her Instagram account with heartwarming captions.

Rumors and Controversy: Is he gay?

While Colin mainly manages to stay out of controversy and scandals, his role as the gay werewolf Aiden in “The Originals” unintentionally invited fans and the public to speculate about his alleged homosexuality.

In the show, he is involved in a romantic relationship with vampire Josh, portrayed by Steven Krueger, whose sexuality also came into question after his convincing performance. These rumors were additionally reinforced by the lack of information regarding their personal lives and social media activity. Colin has never disclosed any information about his sexuality, however, judging from Danielle’s Instagram posts, it’s unlikely that Colin is gay.

In the interview with Explore Entertainment, he shared his experience working with Steven, saying ”Obviously Steven was incredible because here are two strangers who hardly know each other, and it’s up to the two of us to act like we have fallen passionately in love with each other, and that’s scary, and yet also a pretty cool opportunity.”

As of late 2021, his estimated net worth is around $1 million, acquired through his career as an actor, during which Colin has appeared in several successful movies, such as “Searching” which grossed over $75 million, and “Unsane”, which grossed $14 million against a $1 million budget. Considering his recent success in “Flight Attendant”, it’s believed that his wealth will be augmented substantially.

Collin is 6ft (182cm) tall, and weighs around 155lbs (70kgs). His hair is black, while his eyes are blue. He is a huge dog lover; in the interview with Mulderville, he disclosed that he had grown up with a dog.