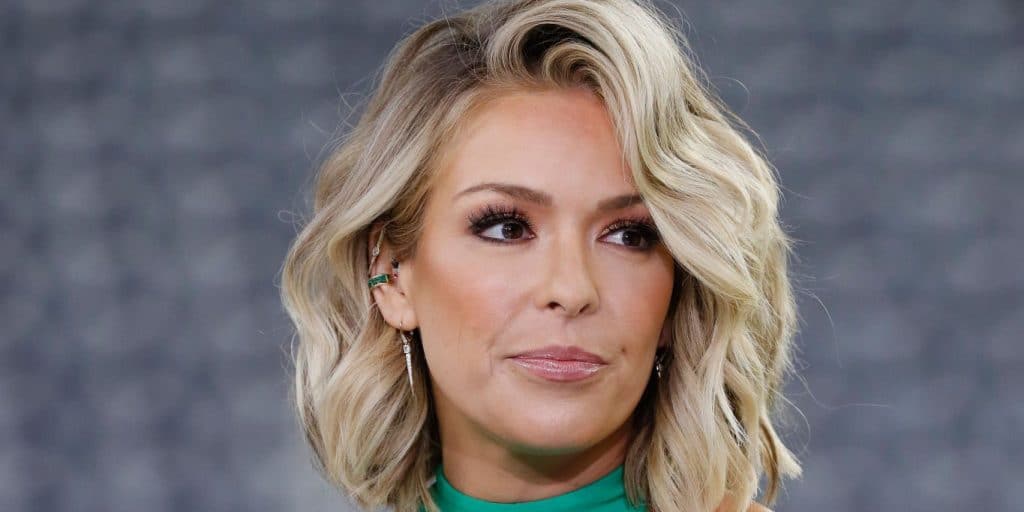 Who is Colleen Wolfe?

Colleen Wolfe is a host, TV anchor and presenter, best recognized as on-air talent for the National Football League (NFL) Network, based in Philadelphia, Pennsylvania, USA. She was born under the Zodiac sign Capricorn on 2 January 1985, in Philadelphia, so as of 2022, she’s 37 years old, and holds American nationality.

Colleen was raised alongside two younger siblings, but not much information is known about them and their professional lives. Reportedly, her father is a pilot, who now works as a flying instructor, while her mother was a housewife. Colleen’s parents divorced during her high school days, and she lived with her mother and occasionally visited her father. He instilled the love of airplanes in Colleen, but she never considered it as a future career choice.

After matriculating from Hatboro-Horsham Senior High School, she attended Drexel University, and in 2007 graduated with a degree in Corporate Communications; she’s said to have been an extraordinary student.

Following her graduation, she kicked off her career in journalism by working as a morning anchor at the Philadelphia-based sports talk radio 94.1 WIP, interviewing and reporting on numerous sports-related topics, such as Terrell Owens’ contract dispute. She then transferred to WTXF-TV, a Fox-operated TV station, where she spent a couple of years working as a presenter.

Colleen then switched to CN8, where she briefly served as a host before transferring to Comcast SportsNet Organization as an on-air anchor and producer. However, she didn’t spend much time working there either, as in 2012 she started her career on FOX 29 as their sports anchor.

She also served as a producer and editor for the “Phil’s Postgame” Show for PHL17 station, and also hosted “Golf Show” on the CSN channel.

Building her profile, in 2014 she joined the NFL Network, and is currently hosting several of their shows, including “Game Day”, “Good Morning Football Weekend”, and “Power Rankings”. Colleen often appears as a guest on the “Around the NFL Podcast”, which her fans can see on the official NFL website.

Additionally, she hosts “Dear Diary With Colleen Wolfe”, covering numerous topics, and the pregame show for “Thursday Night Football”, and during which she’s interviewed various football celebrities, including A.J. Green and Andy Dalton.

In 2017, she became a hot topic after Marshawn Lynch, the former American Football running back known as “Beast Mode”, got flirty with Colleen during her reportage. Colleen and her co-host and NFL analyst Michael Robinson, who is also Lynch’s ex-teammate, were covering the Oakland Riders when Marshawn decided to join them. Talking about his new soul food restaurant, without checking if she was married, he asked to take her out Colleen to his new place, then upon seeing the ring on her finger, jokingly said: ‘So we will not be dating. We are not going to the soul food restaurant, but you can come anytime.’ Colleen added that she would come with her husband, and Lynch replied: ‘I will charge you a little extra though, and I will charge him a bit more too.’

In 2019, “The Big Leads” American new blog ranked Colleen 33rd on their 40 Under 40 Sports Media Talent List. Since 2020, she’s been co-hosting  the “Split Ends” Podcast with Erica Tamposi, the weekly show which discusses the most important and unimportant stories from the football world.

While her earlier dating history remains unknown, she began dating the sportswriter and presenter John Gonzalez in 2006. After four years, they announced their engagement in 2010, and tied the knot on 4 September 2011. The couple often appears on the NFL Network’s Top 10 program.

So far, they do not have any offspring and seem very focused on pursuing their careers.

Regarding her husband’s career, he is currently working as a sports host for the Inquirer Sports Persona radio talk show.

As of 2022, Colleen’s estimated net worth is around $500,000, which she’s earned through her career as a TV host, anchor and presenter.

Her eyes are dark brown. According to numerous media outlets, she’s considered one of the most attractive women in the broadcasting industry.

She and her husband are avid dog lovers, and they own several rescued dogs – on her website, it says:’ Colleen happily married to her husband John, and together they are one pet away from becoming animal hoarders.’

As a sports reporter, she loves watching football, and she is a huge fan of the Philadelphia Eagles.

According to her website, when she was a child, she cut off all her hair, and is ‘waiting for those pictures to surface’.

In 2018, a video featuring Colleen went viral, in which she spontaneously began rapping to Cardi B’s “Bodak Yellow” during an NFL break. The video caught fire quite quickly after the blog “Barstool Sports” shared it, attracting over 600,000 views.

Her nickname is “Connie Fox”, which was given to her in high school after one of her classmates couldn’t recall her name and went with “Connie Fox”, seemingly similar to her real name.

Colleen has often appeared in other sports podcasts and YouTube series, such as “Eagles Unfiltered”.

She is very active on social media – her Instagram account has nearly 100,000 followers, while her Twitter boasts nearly 130,000 fans. Colleen posts very often, sharing her thoughts, memes, and photos of her current and upcoming projects.

Colleen also has her own website, on which she shares the stories and events she’s covered; additionally, her fans can reach out to her and ask her questions. Her introduction reads: ‘Colleen doesn’t love writing in the third person. It’s awkward. She prefers conversing with cameras in windowless studios. It’s (slightly) less weird.’