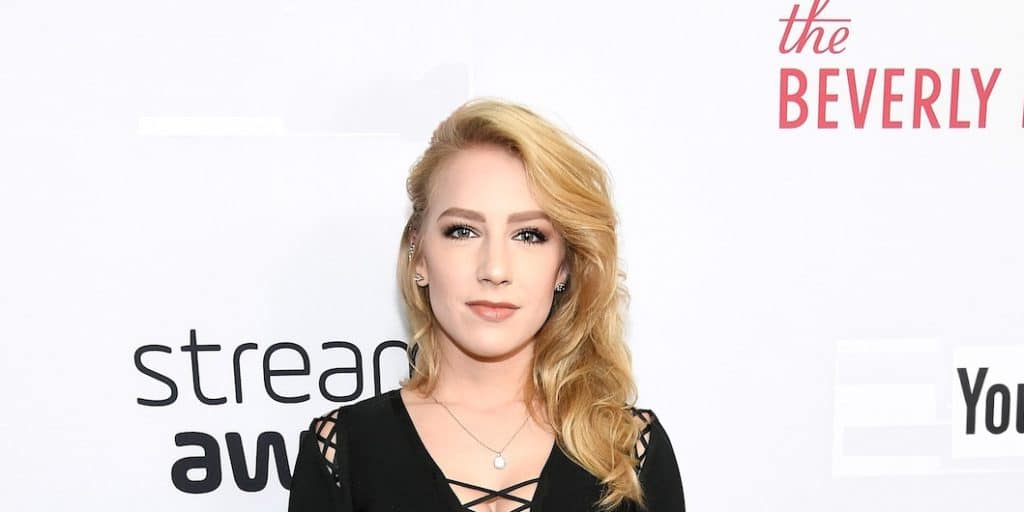 Who is Courtney Miller?

Courtney Ruth Miller was born on 19 June 1995 under the zodiac sign of Gemini, in Oak Park, California USA. She is a 26-year-old actress, writer, director, and social media sensation, probably best recognized for being one of the regular cast members of the Smosh Squad.

How rich is she, as of now? Courtney Miller Net Worth

As of late 2021, Courtney Miller’s net worth is estimated at close to $1 million, acquired through her successful involvement in the world of entertainment as a social media personality. She’s also increased her wealth through various sponsorships and video monetization.

Courtney Miller spent her childhood in her hometown, where she was raised in a Mormon family by her father, Kenn Miller, and mother Corey Miller; however, their professions aren’t revealed to the public. They are now divorced, and her mother lives with her partner in Utah. Courtney has six siblings – three brothers named K.C., Clarke and Conrad Miller, and three sisters named Kami, Kari and Kathryn Miller. She holds American nationality and belongs to White Caucasian ethnic group. Regarding her education, Courtney attended Oak Park High School, from which she matriculated in 2013.

She later enrolled in a college but eventually dropped out and then worked for some time in a pharmacy before she deciding to do a film internship to prepare herself for her career in film and digital media.

Courtney Miller started pursuing her career on the social media scene when she created an account on the highly popular platform for six-second-length videos called Vine, and started creating funny videos in March 2013. Her talent and charisma brought numerous viewers to the channel. and gained her a huge number of followers, especially after a Vine entitled “Let me see yo booty work #literally” that went viral.

She also collaborated with such Vine stars as Alex Ernst, Brandon Calvillo and Jake Moreno, among many others, and eventually had more than 200,000 subscribers at the time when Vine was shut down.

Rise to Fame and Smosh

Through Vine, Courtney caught the attention of Olivia Sui, an actress and regular Smosh cast member, who later invited her to join the YouTube digital company Smosh, and their sketch comedy YouTube channel of the same title, created by Anthony Padilla and Ian Hecox. In mid-2015, she joined them and made her debut in the video “Hand Bomb”. She is now a regular member of the Smosh Squad, alongside Olivia Sui, Shayne Topp, Keith Leak Jr., Noah Grossman, David ‘Lasercorn’ Moss, Mari Takahashi, Damien Haas, and Ian Hecox.

Since she joined the Squad, Courtney Miller has worked on a number of the Smosh series, such as “Smosh”, “Smosh Babies”, “The Big What If”, “Sugar Pine 7”, “Every [Blank] Ever”, and “If [Blank] Were Real”, among many others. She also co-hosted “Smosh’s Seriously Stupid Sleepover” with Olivia on Smosh’s second channel – ‘Smosh Pit’. The series lasted from 2015 until it was canceled in 2017 after more than 40 episodes; the girls later collaborated on “Whoa! Nature Show”, which premiered in 2017, but was put on hiatus after only seven episodes. Besides, she was a part of the live comedy sketch show “Smosh Live”, which was a major digital media event in 2016. Furthermore, she wrote episodes for “The Big What If”, “Smosh”, and “Every [Blank] Ever”, and directed more than 20 episodes of “Smosh” and 10 episodes of “Every [Blank] Ever”.

Most recently, Courtney started hosting “Smosh’s Try Not To Laugh” and “Eat It Or Yeet It!”. She’s also performed on such Smosh-produced songs as “Pay Me To Sleep” and “Girls Are Gross”.

Besides Vine, she launched her official self-titled YouTube channel on 27 May 2015, while her debut video entitled “Courtney Miller Vine Compilation #1”, was uploaded later that year, on 13 August. She continued to create comedy content for YouTube and quickly enlarged her fan base, also starting to produce vlogs and Q&A videos; however, her channel has been inactive since December 2018.

In addition to her career on YouTube, Courtney Miller expanded her influence across other social media platforms, which she uses to promote her projects.

She has more than a million followers on her official Instagram account, which she runs under the nickname ‘co_mill’. She also runs her official Twitter account under the same username ‘@Co Mill’. with more than 300,000 followers. She has her own Facebook page too, with over 150,000 fans. She is also active on the highly popular TikTok platform, on which she goes by the same nickname ‘co_mill’, and has nearly 265,000 followers.

Courtney Miller date a guy named Wahlid Mohammed, who is known for being a former Viner, however, they broke up around May 2018. Her current relationship status is a mystery, but it’s believed that she’s single. She once revealed that she refers to herself as pansexual.

Her residence is in Los Angeles, California.

Courtney is a talented FX make-up artist too, who once worked for a Soulja Boy music video.

She’s a supporter of the Black Lives Matter movement.

Her favorite TV show is “Rick And Morty”.

She is a dog lover, and had a dog named Jango.