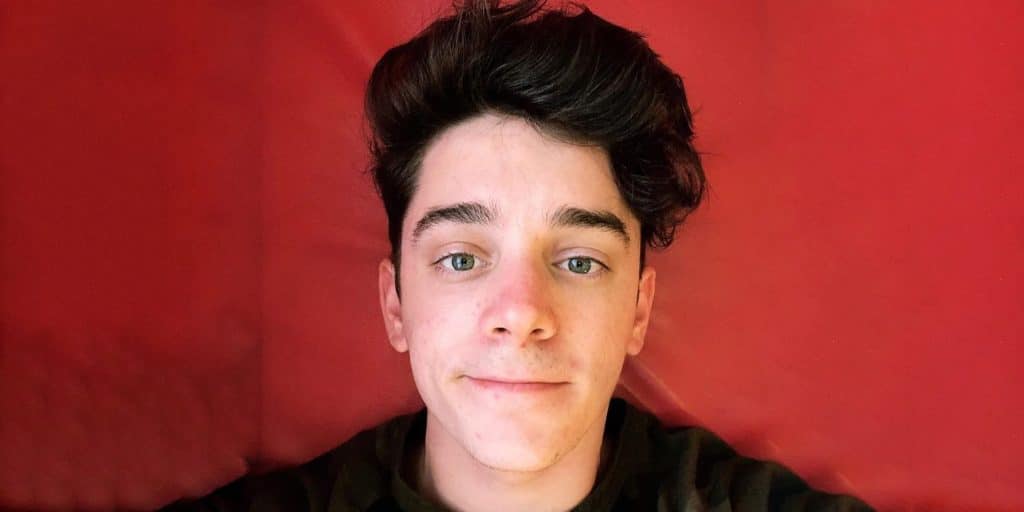 What is CrankGameplays’ real name?

CrankGameplays was born Ethan Mark-Nestor Darling in Cape Elizabeth, Maine USA, on 24 October 1996 – his zodiac sign is Scorpio, and he holds American nationality. He’s a YouTuber, Twitch streamer and a social media star, who’s probably known best for his eponymous YouTube channel, which he launched on 2 December 2015; it’s today subscribed to by more than two million people, and numbers close to 200 million views of all his videos combined. Most of CrankGameplays’ videos feature him playing some of the most popular video games of today, as well as reviewing them, while he also likes to share with his fans, details of his everyday life.

CrankGameplays was raised in Cape Elizabeth as an only child, by his mother Annie Darling and father Mark Nestor; nothing is known about his parents, as he respects their privacy, but it’s said that his father’s a businessman, and that his mother’s a nurse. His cousin Colson has also become a YouTuber, and his channel is called “Colson’s Critters”.

CrankGameplays started playing video games when he was about six years old, first on his PlayStation 1 console which his father had bought him, while he then moved on to PC, and later to new PlayStation consoles. He studied at a local high school, at which he was into playing sports, mostly being focused on basketball.

Upon matriculating in 2014, CrankGameplays enrolled at the University of Nebraska-Lincoln’s College of Education and Human Sciences, from which he graduated with a Bachelor’s degree in 2018.

CrankGameplays is mostly popular on YouTube for his great gameplay videos, but also for telling his fans about the interesting things which have happened to him. We’re going to mention three of his most popular videos, which have helped him gain many subscribers.

His #1 video “I Bought a Box of Fidget Toys to Cure my ADHD” has been watched close to three million times since 20 July 2020, and features CrankGameplays letting his fans know that he’s suffering from attention deficit hyperactivity disorder (ADHD), and that he has bought many fidget toys to help him cope with it.

His second most popular video “I Got my Wisdom Teeth Removed” has been watched close to 2.5 million times, and shows CrankGameplays and his former girlfriend SirenMika when he had to have his wisdom teeth removed.

Third  on his most popular list is “We’re NOT Eating Peanuts”, watched more than two million times since 11 August 2019, and which features CrankGameplays and his friend Mark tasting various types of peanut butter.

CrankGameplays launched his Twitch channel on 1 January 2013, and has since amassed over 500,000 followers, making him the owner of the #2,162 most popular Twitch channel (#942 English channel).

He has spent a total of more than 1,000 hours (40 days) livestreaming, and has an average of 1,700 viewers per stream, while his highest recorded number of concurrent viewers was 25,284 on 10 March 2021. CrankGameplays’ channel numbers more than 2.5 million views of all his streams combined.

He has spent the majority of his streaming time just chatting with his fans (143 hours), while he’s also played numerous video games, including “Among Us” (90 hours), “Fortnite: Battle Royale” (80 hours) and “Animal Crossing” (60 hours).

CrankGameplays is an Instagram star too, as he’s today followed by more than a million people on the network, and has uploaded close to 1,500 pictures, the majority of which have been taken during his everyday life.

He launched his Twitter account in October 2012, and has since tweeted close to 80,000 times, amnd amassed more than 1.2 million followers; CrankGameplays mostly tweets to announce the upload of his new YouTube videos, and his upcoming Twitch livestreams.

He is also quite active on Facebook, and his page is today followed by close to 50,000 fans, while he tends to update it at least once a week.

CrankGameplays has a TikTok account too, which is currently followed by close to 800,000 people, while he’s amassed more than five million likes of all his videos combined; most of these feature him telling jokes and pulling pranks on his friends.

CrankGameplays is quite secretive when it comes to his love life, but it’s still widely known that he was once in a relationship with YouTuber, social media star and Twitch streamer SirenMika (now called RIPMika). The two met in May 2018 on the internet, and chatted for several weeks prior to going out on a date. Mika is today followed by close to 150,000 people on Instagram, her YouTube channel numbers close to 30,000 subscribers, while she’s followed by more than 50,000 people on Twitch.

The two could often have been seen featured in each other’s YouTube videos, while they were occasionally seen spending time in public by their fans. CrankGameplays and RIPMika broke up in August 2020 for unknown reasons, but they’ve both stated that they’re still close friends.

CrankGameplays hasn’t mentioned any other girls whom he’s perhaps dated, so as of December 2021, he’s single, hasn’t married and doesn’t have children.

CrankGameplays is physically quite active, and has four to five training sessions at the gym every week, thus his muscular body.

He likes to travel, and has been to a couple of US states, having just recently gone on a tour. CrankGameplays has also visited several European countries, while his dream travel destination is Berlin in Germany.

He’s a huge lover of animals, with his favorites being horses; CrankGameplays is an avid horseback rider, but also has a pet dog, which is featured in some of his Instagram pictures.

He likes to watch movies in his spare time – his favorite actors and actresses are Brad Pitt, Al Pacino and Amanda Seyfried, while a couple of his favorite films include “The Curious Case of Benjamin Button”, “Scent of a Woman” and “Dear John”.