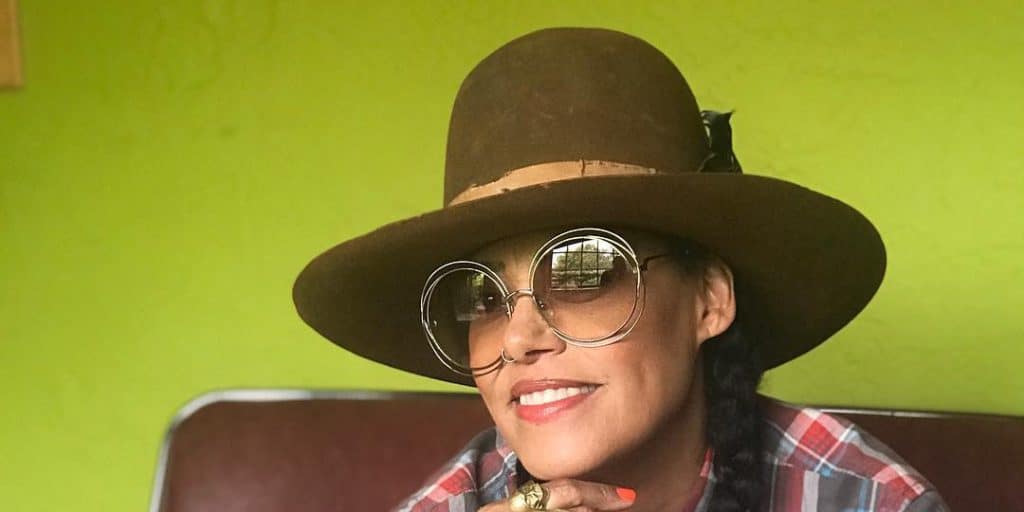 Who is Cree Summer?

Cree Summer is a Canadian-American television, film, and voice actress, perhaps still best known to the world for originating the voice of Penny in the animated film “Inspector Gadget” from 1983, and is also known as Winifred ‘Freddie’ Brooks in the TV series “A Different World” (1988-1993), among many other roles that she has secured in her career.

Cree Summer Fran was born on 7 July 1969 under the Cancer zodiac sign, in Los Angeles, California USA. Her father is Canadian actor and musician Don Francks, better known to the world under his stage pseudonym Iron Buffalo, and his second wife Lili Clark, an African American, which makes Cree of mixed Canadian and African-American ancestry.

Cree has a younger brother, Rainbow Sun, an actor as well, best known to the world as Lt. Aiden Ford in the TV series “Stargate Atlantis”. Her childhood was marked by travels around British Columbia, never staying long enough in one place for her to start schooling, and as a result, she only entered formal education at the age of nine when the family settled in Toronto. She later matriculated from a local high school, and decided to focus on her acting career, ignoring her chance at that point to further her studies by enrolling at a university.

Cree didn’t have many friends growing up, and would play alone with toys, during which time she would often change voice, so her career as a voice actress actually started while in high school.

She was 14 years old when her throaty voice was selected as the voice of Penny in the original version of “Inspector Gadget”, eventually in 64 episodes, and was soon recognized by fans, but also casting agents, and she started getting more voice roles.

The 2010s and Recent Projects

The new decade started with a few voice roles in video games, including “Starcraft II: Wings of Liberty” and “Crackdown 2” both in 2010, and in 2011 voiced Tang in the animated comedy series “Good Vibes”. In 2012 Cree joined the cast of the animated action adventure-comedy series “Robot and Monster” through 2014, when she was chosen to be the voice of Priscilla Skunk in the animated action-adventure series “Sheriff Callie’s Wild West” (2014-2017). Her next prominent project was the voice of Ugga in the animated shorts “Dawn of the Croods” (2015-2017), while also in 2015 she began voicing several characters in the animated series “Guardians of the Galaxy” (2015-2019), while from 2016 to 2018 she voiced Witch Haggar in the animated action-adventure series “Voltron: Legendary Defender”, for which she won a number of awards, including the Behind the Voice Actors Award in the category for Best Vocal Ensemble in a Television Series.

Additionally to her success behind the screen, Cree has had a rather successful acting career on screen as well. She made her debut in 1985 in the role of Karen Simmons in the award-winning TV crime-drama series “Night Heat”, with Scott Hylands, Allan Royal and Jeff Wincott in the lead roles. Her first major role came in 1988, when she was selected for the part of Winifred ‘Freddie’ Brooks in “The Cosby Show” spin-off entitled “A Different World”, starring in the show until 1993, during which time she also pursued other projects, both off and on-screen, such as in 1991 appearing in the television crime-drama movie “Perfect Crimes”.

Once her stint on “A Different World” ended, she became more focused on her voice acting, though she still made a few appearances on screen. In 1994, she guest-starred in the TV comedy series “The Fresh Prince of Bel-Air”, while in 1995 she portrayed Reese Daulkins in the Primetime Emmy Award-nominated drama series “Sweet Justice”. After some time, she returned to screen roles, and in 2019 was selected for the role of Lenny in the TV comedy-drama series “Better Things” and in 2021 appeared as Jan in the TV comedy series “What We Do in the Shadows”.

Summer has been interested in music ever since her early years, and at 13 years old was in her first band. Three years later, her first song was released the theme for OWL/TV.

Five years later in 1987, she provided background vocals on two songs for Jasmine Guy’s self-titled LP. She joined the band Subject to Change as the lead singer, releasing one studio album “Womb Amnesia” in 1993. She showcased her skills as a singer in her many voice acting roles too, as she sang the opening theme song in the animated series “A Grown Up”, and her character from “Sheriff Callie’s Wild West” has performed a number of singing sequences in the episodes.

To speak further of her musical aspirations, she released her own debut album “Street Faerie” (1999), which was produced by her good friend Lenny Kravitz.

When it comes to her personal life, Cree is one of those celebrities who doesn’t talk much about it.

However, it is known that she is married to a man named Angelo Pullen, who’s a filmmaker, photographer, and co-founder of the production company 3BlackDot. The couple welcomed their first child, daughter Brave Littlewing, born in 2011, while their second child, also a daughter, named Hero Peregrine was born in 2013. She has a son Miles Franklin Summer-Pullen, from her previous relationship, though her husband Angelo has adopted her son.

In the late ‘80s, she dated actor Kadeem Hardison, with whom she worked on “A Different World”. Their romance lasted from 1987 until 1988.

As of late 2021, Cree Summer’s net worth has been estimated to be around $4 million, earned through her successful career as an actress, during which she has secured more than 340 voice and on-screen roles, all of which have contributed to her wealth.

Cree is an avid comic book collector, an activity she has nourished from her childhood and now has a huge collection of various comic books.

She now has dual Canadian and American citizenship, as she moved to the US when she was just 16 years old, settling in Los Angeles, California.

Her musical taste has been influenced by performers including Frank Zappa, Dinah Washington and Al Green. Back in 2008, she appeared on a digitally released album by iTunes “The Frank Zappa AAAFNRAA Birthday Bundle”, performing “Dirty Love” with Dweezil Zappa, the son of the late great Frank Zappa, on guitar, while Ahmet Zappa providing backup vocals.