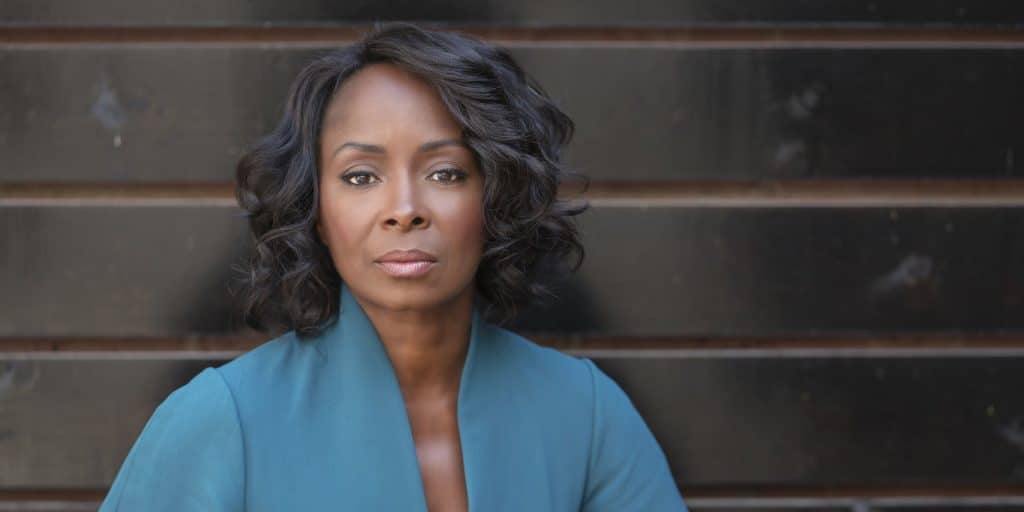 Who is Crystal R. Fox?

Crystal R. Fox is a singer and actress, perhaps best known for her roles in the popular TV series “In the Heat of The Night”, “Big Little Lies”, and “The Haves And The Have Nots”. She also gained substantial attention with her title role in the thriller movie “A Fall From Grace”. Crystal was born under the Zodiac sign Capricorn on 1 January 1964, in Tryon, North Carolina, USA. As of 2021, she is 57 years old and holds American nationality.

Not much is known about her background, early life, and family, except that she’s the niece of the world-renowned singer and civil rights activist Nina Simone, and hence a cousin of Nina’s daughter, Lisa Simone, who followed in her mother’s footsteps and launched a music career.

Crystal made her movie debut in 1989, portraying Katey Bell in the comedy drama  film “Driving Miss Daisy”, opposite Morgan Freeman and Jessica Tandy. The movie, directed by Bruce Beresford, was not only a critical success but also a commercial one, grossing over $145 million at the box office. During the same year, she landed her breakthrough role when she was cast as Luan Corbin in the procedural crime series “In the Heat of The Night”, alongside Carroll O’Connor and Alan Autry. Portraying officer and singer Luan, Crystal joined the series in the third season, and continued starring through the seventh season until 1995, when the show ended.

In 1991, she had a small part in the TV mini-series “Separate but Equal”, playing a telephone receptionist.

Her next role came in 1995, when she booked the role as Zora in the thriller/satire movie “DROP Squad”, followed by her one-episode appearance in the soap opera “Savannah”. The following year, she played Miss Doll in the period drama film “Once Upon a Time…When We Were Colored”, then in 1998 she portrayed Ruthana in the mini-series “Mama Flora’s Family”. Crystal kicked off the new millennium by appearing in TV series such as “Law & Order”, “The Sopranos”, and “Third Watch”.

In the following period, Crystal mainly appeared in theaters rather than on TV or in movies. She initially performed in numerous plays, including “A Raisin in the Sun”, “Antony and Cleopatra”, and “For Colored Girls Who Have Considered Suicide/When the Rainbow is Enuf”.

In 2002 she appeared in the stage production of the play by David Storey entitled “Home”, garnering a nomination for the Helen Hayes Award. In 2006 she received praise for her performance at the Actors Theater of Louisville in the musical “Crowns”. Furthermore, in 2009 she portrayed Rose Maxon in the play “Fences” at the Huntington Theatre Company; her convincing portrayal earned her IRNE Award and Elliot Norton Award for Best Actress. Also, Crystal was a long-standing member of the Alliance Theatre.

After taking a break from TV and movies for nearly a decade, she returned to the screen in 2010, starring as a recurring character in the popular sitcom “Tyler Perry’s House of Payne.

In 2013 she starred in another Tyler Perry’s project entitled “The Haves and the Not Haves”, alongside Tika Sumpter, Renee Lawless and Tyler Lepley. The unusual blend of crime drama and soap opera proved to be another hit for Tyler, running for eight seasons on Oprah Winfrey Network, and winning the hearts of numerous fans. In addition to popularity, the series is regarded as one of the most successful projects on OWN, and gained critical acclaim for its dose of soapy fun, betrayals, affairs, and occasional slap or two.

In 2014, she starred as Pam in the short movie “Reconcilable”, and two years later, she appeared in the made-for-TV film “Coffee Klatch”. In 2018, she portrayed Janice Kennedy in the drama movie inspired by true events entitled “Burden”, sharing the stage with Garrett Hedlund, Forrest Whitaker and Usher; despite the disappointing box-office, the film received mainly positive comments, indicating generally favorable reviews.

In 2019, she was cast as Elizabeth Howard in the drama series “Big Little Lies”, opposite Nicole Kidman, Shailene Woodley and Reese Witherspoon. The show, originally billed as a mini-series, ran for two seasons, receiving a hail of positive comments and praise for the cast’s performance, directing and writing. Furthermore, it was also a critical success, garnering over 40 nominations for various awards, while Crystal, who appeared on the second season, was a joint nominee for a Screen Actors Guild Award for Outstanding Performance by an Ensemble in a Drama Series.

In 2020, she became a hot topic after her memorable performance as Grace Waters in the thriller movie “Fall from Grace”, written and directed by Tyler Perry.

The film premiered on Netflix, instantly becoming a hit, with over 26 million people watching it in the first week. In an interview, she talked about portraying Grace and the enormous feedback, saying: ‘Since it was my first time having a lead role, I’m sitting there holding my breath or whatever. I could not have asked for better, and I feel the support of the people. I feel uplifted, and people are cheering and rooting for me. It’s a good thing.’

During the same year, she portrayed Kim in the sci-fi series “Utopia”, appearing in three episodes. In 2021 she starred as Mama Dede in two movie adaptations of V.C. Andrew’s novels, “Ruby” and “Hidden Jewel”. She also appeared in an episode of the podcast series “Blackout,” starring the award-winning actor Rami Malek.

There are a lot of unanswered questions and mysteries regarding her personal life.

Over the years, there were some rumors about her alleged husband and daughter, however, all proved to be false. She’s never made any comments or disclosed any information.

One of her favorite movies is “Moonstruck”.

She is very close with Tyler Perry, and considers him one of her greatest friends and inspirations in life. On 2 November 2021, Tyler received his star on the Hollywood Walk of Fame, and Crystal was right there beside him.

According to reports, her estimated net worth is around $5 million, which she has earned through her career spanning five decades.

Crystal is mostly active on her Instagram account, which has over 120,000 followers. She occasionally uses Twitter, which counts over 70,000 followers, mostly posting information about her current or upcoming projects, selfies, and interesting photos.