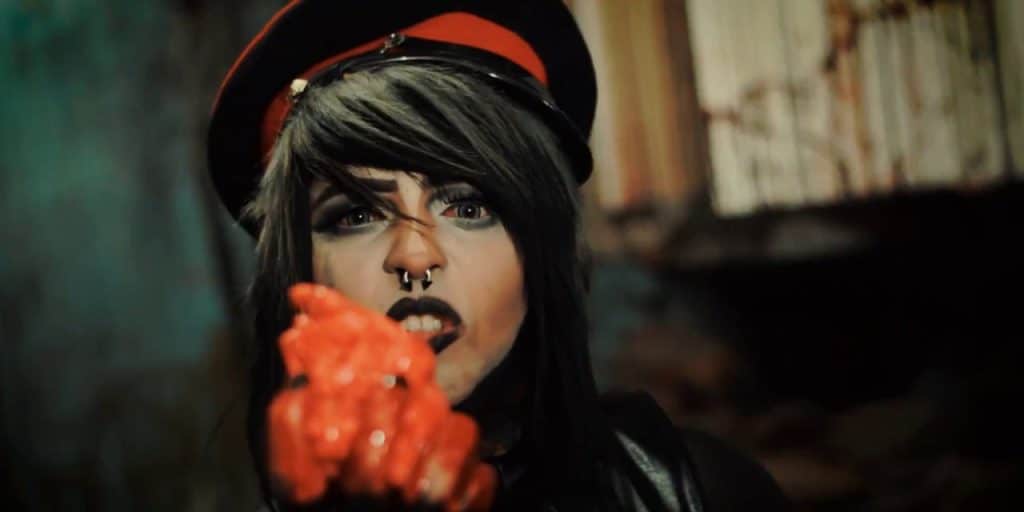 Who is Dahvie Vanity?

Dahvie Vanity was born Jesus David Torres in North Carolina, USA, on 5 September 1984 – his zodiac sign is Virgo, and he holds American nationality. He’s a singer-songwriter who’s known for two things: being a founding member of the band Blood on the Dance Floor, and for having been accused of physical assault and sexual misconduct by more than 20 women.

Dahvie was raised in North Carolina alongside his half-sister, by their parents about whom nothing’s known, as Dahvie respects their privacy; it’s said that they were very poor while he was growing up, and that they lived in a trailer.

Dahvie became interested in music at a very early age, mostly because there was nearly always some music playing at home. He was into various activities the years he spent at a local high school, including playing various instruments, practicing creative writing, and acting with the school’s drama club; it’s believed that Dahvie dropped out in 2001, a year before he was to matriculate, but this hasn’t been confirmed.

He was then a member of a couple of bands which failed to attract any attention, and also worked various jobs to financially support himself; apparently he was fired from most of them!

His band Blood on the Dance Floor

It was in 2006 that Dahvie formed the trio Love the Fashion, with Rebecca Fugate and Christopher Mongillo; it was supposed to be a joke, but the band went on to become popular.

A year later, they renamed themselves to Blood on the Dance Floor, and in April 2008 released their debut album “Let’s Start a Riot”. Dahvie wanted to embark on a tour around Orlando in Florida, but did it alone because Christopher and Rebecca weren’t able to leave their jobs, and thus quit the band. Garrett Marshal ‘Ecstasy’ McLaughlin helped Dahvie record the band’s second album “It’s Hard to be a Diamond in a Rhinestone World”; only 300 copies were made, and were sold in October 2008.

Also in 2008, Dahvie and Ecstasy released their two singles “Suicide Club” and “Siq With a Q”, and the following year saw them release a couple of extended plays (EPs), including “I Scream I Scream”, “Extended Play” and “OMFG Sneak Peak”. They then toured together with various other bands, such as The Crush, The Greenlight District and Electric Valentine.

After the tour ended, Ecstasy left Blood on the Floor, claiming that Dahvie was a sexual predator; he was replaced by Jeremy Brian Griffis, while the drummer Nick ‘Nasty’ Wenzel also joined the band, and they then released the single “Horrifically Delicious”. For their upcoming album, the band was to work with the American YouTuber and musician Jeffrey Lynn ‘Star’ Steininger Jr, however, he also accused Dahvie of being a sexual predator and a pedophile, and stopped working with them.

The band’s album “Epic” was released in October 2010, and peaked at #5 on the Billboard  Dance/Electronic Chart, and their following album “All the Rage!!” was released on 14 June 2011. On 19 June 2012, Blood on the Floor released their fifth album “Evolution”, followed by their EP “Clubbed to Death!”, comprising three songs.

It was announced on 14 September 2016 that the band would be disbanding, however, Dahvie then welcomed several new members, including his girlfriend Fallon Vendetta, and on 31 October 2017 they released their album “Kawaii Monster”.

They then disbanded in 2019, and Dahvie has since been working on his solo career, releasing singles such as “Drowning In the Darkness”, “Love Forever True” and “Bewitched”.

Dahvie has been in a long-term relationship with Fallon Vendetta for several years now. She’s a tattoo artist and a social media star, who’s followed by more than 60,000 people on Instagram, while she’s uploaded over 250 pictures onto the network, the majority of which have been taken during her everyday life. Some people claim that Fallon has enhanced her breasts because of Dahvie, but this hasn’t been confirmed.

The two have been seen spending time together on numerous occasions, and it’s said that Fallon knows about all the things which Dahvie has allegedly done to the women who have pressed charges against him, but this hasn’t been confirmed either.

As of November 2021, he’s in a relationship with Fallon Vendetta, hasn’t married and doesn’t have children.

Dahvie is a huge fan of tattoos, and his entire body is covered in them; it’s said that he has over 50 tattoos, as well as several piercings, including one in his nose.

He’s into travelling, and his career has taken him to various US states, as well as to a couple of European countries, while his favorite two cities to visit are Miami in Florida and Las Vegas in Nevada.

Dahvie is a huge fan of anime, and a couple of his favorites are “Cowboy Bebop”, “Demon Slayer” and “Fullmetal Alchemist: Brotherhood”. He’s also into watching Hollywood movies – his favorite actor and actress are Eddie Redmayne and Natalie Portman, while his favorite films include “Les Miserables”, “Fantastic Beasts and Where to Find Them” and “V for Vendetta”.

He’s a huge lover of animals, with his favorites being cats and parrots.

Since 2007, 21 women have pressed charges against Dahvie, while additional people whom he has worked with have described him as a sexual predator.

The first person to report sexual misconduct was the 14 years old Dianna Farrell, who was apparently assaulted by Dahvie in her bedroom in 2007; according to several sources, the two met on Myspace when Dahvie offered to do her hair, and he then forced her to give him oral sex.

The case was dropped after Dianna failed to co-operate with the police.

Since 2020, Dahvie has been investigated by the journalist Chris Hansen, and the FBI, result so far unknown.

Dahvie’s age is 37. He has brown hair which he dyes numerous colors, including green, blue and pink, and his eyes are brown; Dahvie’s height is 5ft 8ins (1.7m) and he weighs around 150lbs (70kgs).