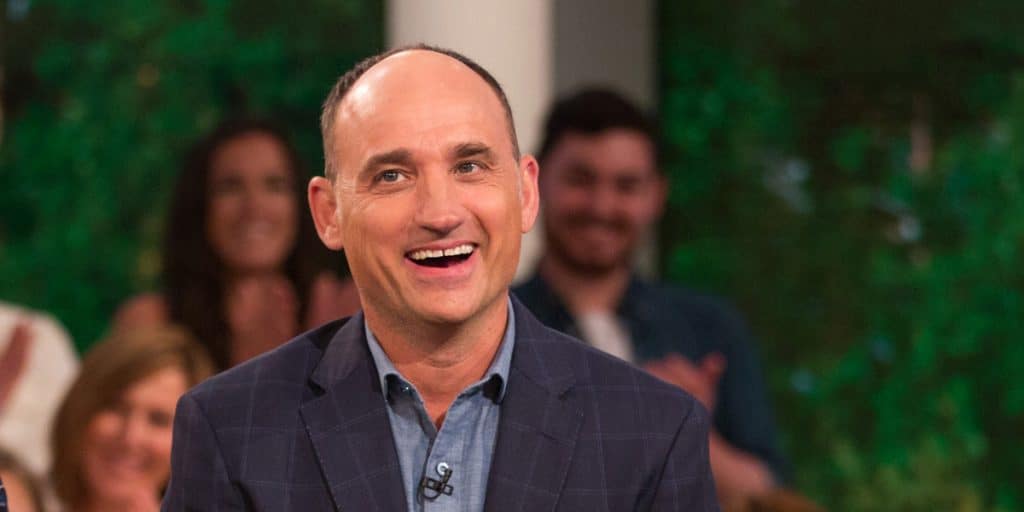 Who is David Visentin?

David Scott Michael Visentin is a television host and real estate agent of Italian descent, who was born on 28th June 1965, in Toronto, Ontario, Canada. Recognized for his show “Love It or List It”, David grew up with two brothers and a sister, Bonnie, who works as a realtor. The TV personality is 5ft 8in (173cm) tall, but his weight and vital statistics are unknown.

After graduating from the University of Waterloo, David wasted no time in chasing the job of his dreams as a realtor. His father, Nick, shares the same career, with some sources claiming that he previously worked as an actor.

The reality TV series “Love It or List It” first aired in 2008. The home renovation show quickly became a hit with its target demographic, thanks to the banter and chemistry between David and his co-host Hilary Farr. David, who began working for Country Living Realty sometime in the 1990s, auditioned for a role on the show, and was lucky enough to be selected.

In each episode, David and Hilary work with a family to figure out if they want to keep their home or put it on the market. Hilary is in charge of renovations, while David picks out another home for the family to move into if they decide to sell their current property. Statistics show that over the years, Hilary has scored more “wins” than David, with more families deciding to keep their current home following the renovations.

A January 2020 article confirmed that the show was the #2 cable and broadcast program in its slot, thanks to season fifteen’s record-breaking audience figures; launched on 18th November 2019, it became the second most-streamed show on HGTV GO. Nevertheless, fans took to social media in droves shortly after season fifteen premiered to brand the show “staged” and “fake”.

As with many reality TV series, the authenticity of the program has been questioned on various occasions. Amongst allegations that producers influenced the homeowners’ final decisions, one Reddit user posted in 2019: “My aunt and uncle were on “Love It or List It”.

They had them record both endings and the network chose which one they thought was best. They are still in the house and they love it, but the show says they listed it”.

Despite criticisms, the show’s core viewers have remained loyal. Following a lengthy hiatus caused by the disruptive coronavirus pandemic, season sixteen aired on October 2021, with HGTV announcing eighteen hour-long episodes to be spread over three seasons.

David joined the cast of “Brother vs. Brother” in 2013 as a judge. Jonathan and Drew Scott, known as the Property Brothers, are the stars of the show, who mentor teams in the process of renovating a house. Every week, both compete to see who can add the most value to a property.

It was revealed in August 2021 that the show boasted over 18 million followers. The success was chalked-up to Jonathan and Drew’s personalities, with the president of HGTV, Jane Latman, adding that: “Drew and Jonathan’s friendly, yet fiercely competitive nature makes them fun to watch”.

So far, the show has been on air for seven seasons. Current and former cast members include experts and celebrities such as Hilary Farr, David Bromstad, Brandon Hatmaker, and Vanilla Ice; David himself left the show’s cast in 2015 for unknown reasons.

Hosted by Drew and Jonathan Scott, and featuring appearances from other reality TV giants, the show’s experience promised to “revitalize mind, body and soul”, with guests being selected by their family members to participate.

David appeared in various episodes of the Powerhouse Productions program, which was advertised as “the first makeover show for African Americans to focus exclusively on inner and outer beauty”. Other Powerhouse Productions shows have included “Patti LaBelle’s Place”, and “Turn Up the Heat with G Garvin”, both cooking programs.

Since 2015, the production company hasn’t posted anything on its website. The latest season of “Makeover Manor” is in process of being shown as of late 2021..

David married his longtime girlfriend Krista Grycko-Visentin, a former competitive swimmer, in an intimate ceremony on 7 October 2006. The couple’s only child, son, Logan Visentin, was born on 30 March 2011.

Currently, the family live together in Barrie, Ontario. When asked about his decision to move to the picturesque city, David replied: “I just love being by the water. I love the sound of it and I love seeing it from my house. I love running around the lake”.

If Krista’s bothered by the rumors of a relationship between her husband and his glamorous co-host Hilary, she doesn’t let it show.

In fact, David’s wife is a pretty private individual, who only became known years after her marriage to the TV host. The blonde graduated from the Seneca College of Applied Arts and Technology.

David and Krista’s social media presence is practically nonexistent; although David had an Instagram profile, he stopped posting on it in 2015, and Krista has a private account with less than 100 followers. The TV personality does tweet frequently to his 35,000 followers and counting, mostly about movies he’s seen, but isn’t known for engaging with his fans apart from the occasional poll.

David’s sexuality has also been a topic of discussion amongst fans for years, with some taking to Twitter to insist that the host is gay. The speculations led to journalists digging up information about his life, and reporting his marriage to Krista.

Krista’s LinkedIn profile previously listed her as a realtor at Country Living Realty, where David worked faithfully for years. David is currently listed as working for Real Estate Homeward, a Toronto-based brokerage.

Sources confirm that David’s net worth is estimated at over $6 million as of late 2021. The reality TV personality, who has worked in real estate for over two decades, is said to earn $23,000 per episode of “Love It or List It”.