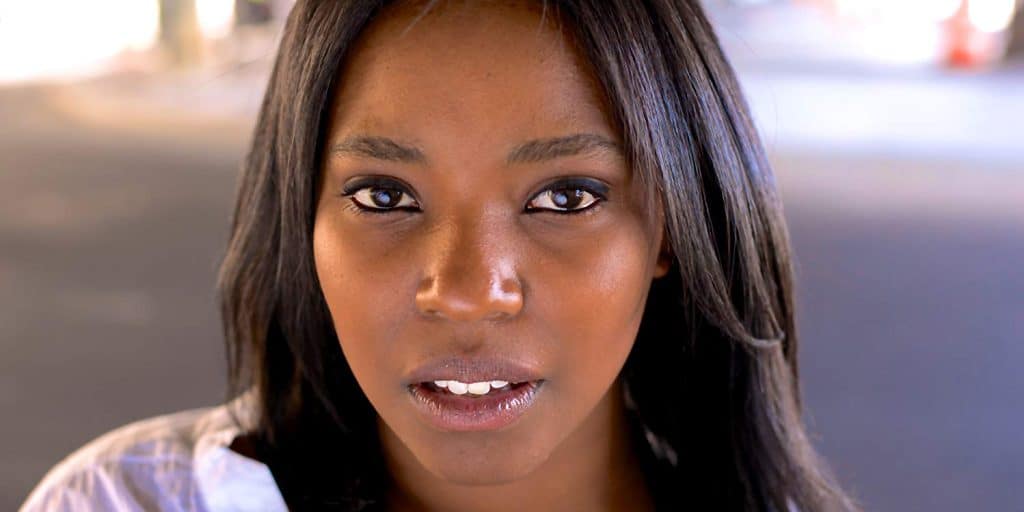 Who is Olivia Washington?

The young actress, although perhaps known best as Denzel Washington’s daughter, has gained popularity through her talent, besides being a celebrity kid. Olivia Rashelle Washington was born under the zodiac of Aries on 10 April 1991, in Los Angeles, California USA; she holds American nationality and her ethnicity is African-American. She has over 20 acting credits to her name, but is also a model and entrepreneur.

Olivia was raised by her parents Denzel and Pauletta, alongside her twin brother Malcolm, and her older brother and sister, namely John David and Katia. All four of them are actors, so their father is proud of them.

Olivia attended a local high school, and upon matriculating in 2009, she enrolled at the prestigious University of New York, Tisch School of the Arts, from which she graduated with a BA in 2013.

Olivia made her acting debut in the 2013 movie “Lee Daniels’ The Butler”, alongside Forest Whitaker, John Cusack and Oprah Winfrey in this biographical drama, which had 55 award nominations, including two for the British Academy of Film and Television Arts (BAFTA), and won 16.

In the romantic comedy drama “The Comedian”, Olivia portrayed May’s Assistant, acting alongside Robert De Niro, Danny DeVito and Leslie Mann, and then she made appearances in the 2016 short movie “Sorry for Your Loss”, and the 2017 thriller “Green Brothers”, before she was cast to play Adrienne in the 2018 movie “In Reality”, written and directed by Ann Lupo.

In the following years, Olivia appeared in “The Public’s Much Ado About Nothing”, before she portrayed Amy Anders in “The Little Things”, acting alongside her father Denzel Washington, Rami Malek and Jared Leto.

In 2021, she was seen as Estelle in the TV movie “Robin Roberts Presents: Mahalia”, and as Children’s Nurse in “The Tragedy of Macbeth” starring Denzel Washington, Alex Hassell and Frances McDormand in this historic thriller drama based on the play “Macbeth” written by William Shakespeare; the movie had 83 award nominations and won 16.

She next portrayed Jazmin in her first lead role, in “A Holiday in Harlem” starring alongside Will Adams and Tina Lifford, followed by her appearance in “892” thriller drama, starring Michael Kenneth Williams, Jeffrey Donovan and Connie Britton, which was released on 21 January 2022, and was the final film appearance of the late actor Michael Kenneth Williams, who died on 6 September 2021.

Fans of Olivia will be happy to hear that there is a movie in post-production entitled “Solitary” starring by herself, which should be released in 2022.

Olivia made her first appearance on television portraying Dee in the pilot episode of the series “Empire” in 2015, however, she didn’t act in this musical drama alongside the stars of the series, Terrence Howard, Jussie Smollett, and Taraji P. Henson.

In 2016, she was cast to play Agent Cacioppi in “Madoff”, a biographical crime drama about the largest fraud in US history, starring Richard Dreyfuss, Peter Scolari and Drew Gregory, followed by her role as Federal Bureau of Investigation (FBI) Agent in “Mr. Robot”, a crime drama, which had 84 award nominations and won 21, including three Primetime Emmys.

Two years later in 2018, she had a guest role as Michelle in “Chicago P. D.”, and in the following year she made appearances as Dutch in “She’s Gotta Have It”, and as Margaret in “Great Performances”, a filmed and televised versions of plays, ballets, concerts, musicals and operas from all around the world, which had 119 award nominations and won 60, including 29 Primetime Emmys.

This was Olivia’s last television appearance, and it seems that she’s focusing her career more on big screen movies.

Olivia is a quite secretive person when it comes to her personal life; she has no social media accounts, so it’s hard to keep track of her private life.

There were various rumors concerning her love life, however, she hasn’t spoken about any man or woman whom she’s been with.

So as of January 2022, it is assumed that she’s single; she hasn’t been married or engaged, and doesn’t have children.

As of January 2022, her net worth has been estimated at close to $3 million.

Who is Denzel Washington?

Denzel Hayes Washington was born under the zodiac sign of Capricorn on 28 December 1954, in Mount Vernon, New York State USA; he holds American nationality, and his ethnicity is African-American. He’s a director, producer, and an actor with over 60 credits to his name, perhaps known best for his roles in movies such as “Training Day”, “The Book of Eli”, “Glory”, and “The Hurricane”, among others.

He was raised in Mount Vernon by his parents until he was 14, when they divorced, then sending him to the Oakland Military Academy, in New Windsor, New York.

He attended Mainland High School, in Daytona Beach, Florida, and upon matriculating in 1971, he enrolled at Fordham University, in New York City, from which he graduated with a Bachelor’s degree in Arts (Drama and Journalism), in 1977, since he had some period of indecision on which major to choose.

Denzel made his acting debut just after graduating, in the 1977 TV movie “Wilma”, portraying Robert Eldridge, followed by his roles in “Flesh & Blood”, “Carbon Copy”, “License to Kill”, and his portrayal of Private First Class Peterson in the 1984 three-times Oscar-nominated “A Soldier’s Story “, a crime mystery drama which had nine award nominations, including three for Oscar Best Picture, Best Actor in a Supporting Role, and Best Writing, Screenplay Based on Material from Another Medium, and won six.

After he had several support roles in a few movies, Denzel made his first television appearance in 1988, portraying Doctor Philip Chandler in the series “St. Elsewhere”, acting alongside Howie Mandel, Ed Begley Junior and David Morse, in this comedy drama which had 83 award nominations and won 25, including 13 Primetime Emmys.

In the following year, Denzel was cast to play Private Trip in the biographic war drama “Glory” starring alongside Matthew Broderick and Cary Elwes; the movie won three Oscars- Best Sound, Best Cinematography, and Best Actor in a Supporting Role, which was Denzel’s first Academy Award, in 1990.

In the early ’90s, Denzel was seen in “Heart Condition”, “Mississippi Masala”, and “Ricochet” before he was cast to play Malcolm X in the eponymous 1992 movie, which brought him a nomination for the Oscar, Best Actor in a Leading Role, in 1993, and he won his first Golden Globe Award Best Performance by an Actor in a Motion Picture – Drama, in the same year.

In the following years, he appeared in “The Pelican Brief”, “Philadelphia”, “Devil in a Blue Dress”, “The Preacher’s Wife”, and “The Bone Collector”, among others, before he portrayed Rubin Carter in “The Hurricane”, and his performance brought him an Oscar nomination for Best Actor in a Leading Role.

However, it seems that 2000 was his year – Denzel won his first Oscar Best Actor in a Leading Role for his portrayal of Alonzo in “Training Day”, co-starring Ethan Hawke and Scott Glenn, followed by his roles in blockbusters such as “Inside Man”, “American Gangster”, and “The Great Debaters”, among others.

In 2010, he portrayed Eli in “The Book of Eli”, an action adventure drama, which brought him the Image Award, Outstanding Actor in a Motion Picture, followed by his roles in “Unstoppable”, “Safe House” and “2 Guns”, before he was cast to play Robert McCall in “The Equalizer” in 2014.

In the following years, Denzel was seen in “The Magnificent Seven” and “Fences” before he portrayed Roman J. Israel, Esq. in the eponymous 2017 movie, and his portrayal brought him another Oscar nomination for Best Performance by an Actor in a Leading Role, in 2018.

Denzel’s most recent roles were in the sequel “The Equalizer 2”, “The Little Things”, and “The Tragedy of Macbeth” in 2021. During his nearly 45-year-long acting career, Denzel’s had 201 award nominations, and won 86, including two Oscars.

Speaking about his personal life, he’s known as a family man, in a happy marriage with his wife Paulette since 25 June 1983, and as mentioned, they have four children together.