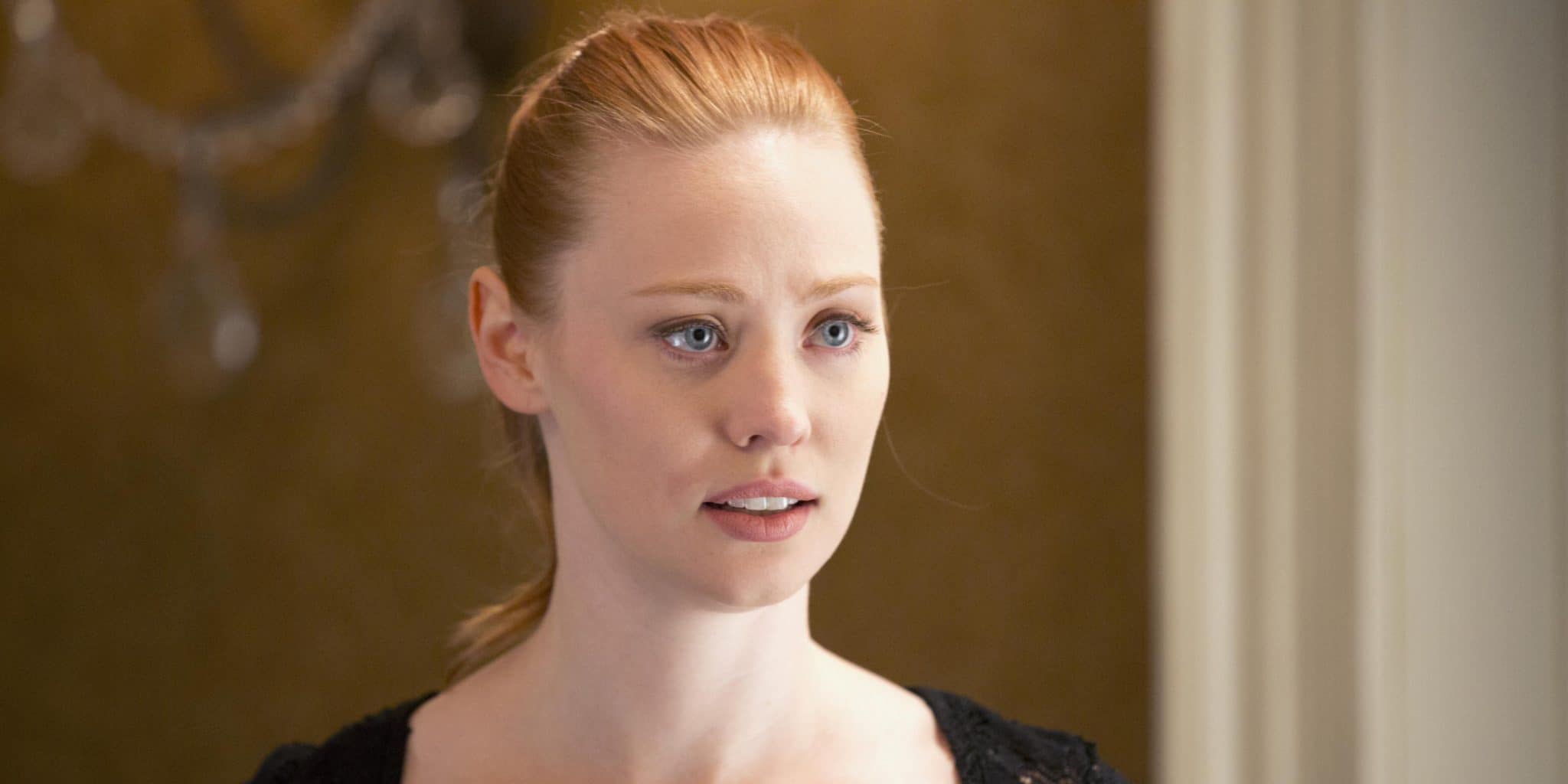 Who is Deborah Ann Woll?

Deborah was born under the zodiac sign of Aquarius on 7 September 1985, in Brooklyn, New York City USA; she holds American nationality, and her ethnicity is mixed, being of Irish and German descent. Deborah is a producer, writer and actress, with 37 credits to her name, perhaps known best for her role as Jessica Hamby in the series “True Blood”, which is a fantasy mystery drama about a telepathic waitress who discovers the supernatural world of vampires. The series had 158 nominations and won 38, including a Primetime Emmy and Satellite Awards Best Ensemble, Television Special Achievement Award which Debora shares with other actors.

Deborah was raised in Brooklyn by her mother Cathy Woll who’s a teacher, and her father who’s an architect; there’s no information about any siblings, so it’s assumed that she’s an only child.

She attended Packer Collegiate Institute, and upon matriculating in 2003 enrolled at the University of Southern California, from which she graduated with a Bachelor’s degree in acting, in 2007; Deborah also attended the prestigious Royal Academy of Dramatic Arts (RADA) in London, England.

In 2010, she starred alongside Tara Buck and Kristin Bauer van Straten in a spin-off from the series “True Blood”, entitled “True Blood: Jessica’s Blog”, a fantasy horror drama about Jessica Hamby and her life as a “Baby Vamp” in a small town.

She made an appearance in the 2017 series “The Defenders”, followed by her role of Karen Page in the series “Daredevil”, an action crime drama about blind lawyer Matt Murdock, who fights crime on the streets of New York at night when he becomes Daredevil. Besides Deborah in the series were Charlie Cox and Vincent D’Onofrio; the series won 10 awards from 43 nominations, including five Primetime Emmys.

In the following years, Deborah acted in series such as “Critical Role”, “The Punisher” and “Relics and Rarities”; her most recent role was in the mini-series “Flight 008” in 2020.

Deborah’s first role on the big screen was in the 2010 movie “Mother’s Day”, followed by her roles in “Ghosts of New Orleans”, “Seven Days in Utopia”, “Someday This Pain Will Be Useful to You”, and “Catch.44”.

She had supporting roles in the movies “Ruby Sparks” and “Highland Park”, before she was cast to play Wendy in “Meet Me in Montenegro” a romantic comedy drama about an American actor who is in an affair with a European dancer.

In 2015, she starred alongside John Diehl and Luke Grimes in the drama “Forever”, followed by her roles in “Silver Lake”, and in the 2019 movie “Escape Room” portraying Amanda Harper.

Her most recent roles were in the 2021 sequel “Escape Room: Tournament of Champions”, and in the movie “Ida Red”, scheduled for release on 5 November 2021.

Deborah has kept her love life a secret, and hasn’t spoken about any man whom she has been with, however, it’s widely known about her relationship and marriage with E. J. Scott. He’s an actor, perhaps known best for his roles in the movies “Soup of the Day” and “The Bleachers”. He was diagnosed with choroideremia, a disease that causes losing sight, however, this won’t stop him from having a normal life.

Deborah and E. J. met in 2007 – they both had profiles on match.com, and eventually met and went out for a dinner.

After that night they started dating, and three years later they moved in together in an apartment in Los Angeles, California. As they both said in an interview for glamour.com, it was love at the first sight; they knew that they were made for each other. After a couple of years of dating, the two married in December 2018, on their eleventh anniversary, the wedding was in Hawaii, and the ceremony was private.

As of October 2021, Deborah and E. J. are still together, and in the future, they plan to have children, despite the choroideremia, they hope they will become parents before he loses his sight permanently. Although E. J.’s disease is getting worse, Deborah is very supportive, and has an understanding of his condition, so trying to help him in every way.

One of Deborah’s favorite hobbies is playing board games, especially Dungeons and Dragons; she’s also a fan of Legends of Runeterra: Dark Tides of Bilgewater.

she likes to watch movies in her spare time, particularly romantic comedies and historic documentaries – her favorites are “Sleepless in Seattle” and “Bridget Jones’s Diary”, and when it comes to her favorite documentary, that’s “Roman Empire”. Her favorite actor is Tom Hanks, and her favorite actresses are Meg Ryan and Renée Zellweger.

Deborah has had interests in music from an early age, and took piano classes – her favorite composer of classical music is Ludwig van Beethoven.

She also trained in dance when she was younger, and nowadays trains in Zumba, a fitness program that combines work-out and dancing, to keep her body in shape. She also likes swimming, bicycle riding, and long walks on forest paths.

Deborah is active on social media networks – on her Instagram account she has more than 2.3 million followers, and on Twitter, she’s amassed almost 300,000 followers; she mostly posts updates about her work, her everyday life, and promotes various organizations which are raising money for finding a cure for choroideremia.

As of October 2021, her net worth has been estimated at close to $2 million.