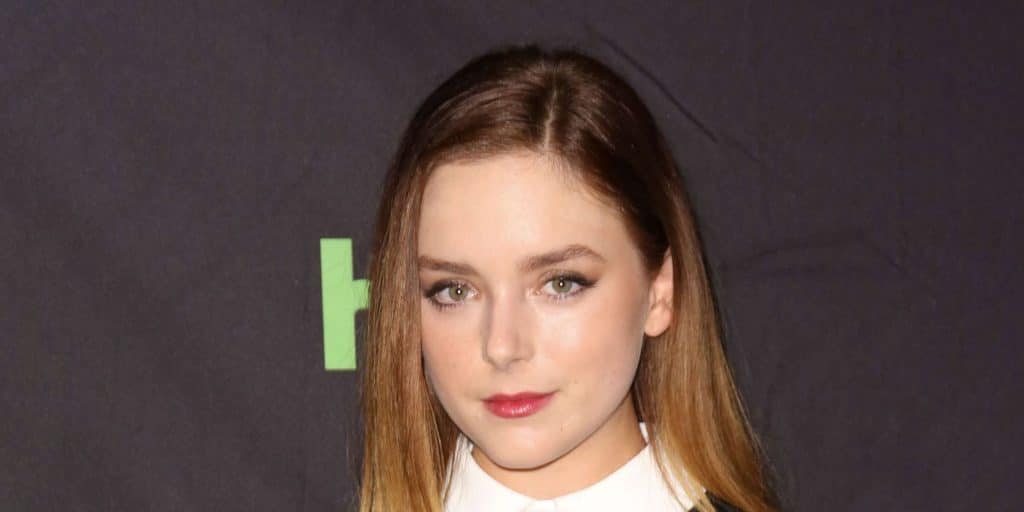 Who is Madison Davenport?

Madison Danielle Davenport was born in San Antonio, Texas USA, on 22 November 1996 – her zodiac sign is Sagittarius, and she holds American nationality. She’s an actress and a musician, who has appeared in close to 50 movies and TV series, while she’s perhaps known best for her portrayal of Ashley Wheeler in the 2018 mystery crime series “Sharp Objects”. Created by Marti Noxon, it starred Amy Adams, Patricia Clarkson and Chris Messina, and follows a reporter who has returned to her hometown to report on a murder; the series won 12 of the 71 awards for which it was nominated, including eight Primetime Emmy nominations.

Madison was raised in San Antonio alongside her brother Gage, by their parents Jennifer Rebecca (nee Halpain) and Brandon Kyle Davenport; not a lot is known about her family, as Madison respects their privacy.

She became interested in acting when she was four years old, mostly because she spent a lot of her spare time watching movies and TV series with her brother, as well as various theatre plays with her parents. Madison was only eight years old when she made her debut film appearance, with her portrayal of the title role in the 2005 short drama “Harmony Parker”, while the same year saw her appear in the romantic comedy movie “Conversations with Other Women”, the episode “Bettor or Worse” of the mystery crime series “Numb3rs”, and an episode of the mystery crime series “Close to Home”.

Madison has since been very active in the film industry. She attended a local high school at which she was interested in a couple of activities, including dancing, singing and playing several instruments; Madison matriculated in 2015, and then focused on acting, rather than pursuing a college degree.

Madison made a guest appearance in an episode or two of many series in the 2000s, including the action crime drama “CSI: NY”, the comedy “Hot Properties” and the crime comedy drama “Bones”.

She gained recognition in 2011, when cast to play the supporting character Ethel, in the popular comedy drama “Shameless”, created by John Wells and Paul Abbott, and which starred Emmy Rossum, Ethan Cutkosky and William H. Macy. The series follows the lives of members of a Chicago family, and it won 20 awards, including four Primetime Emmys, while it was nominated for 69 other awards.

Madison is also known for her portrayal of the lead character Emily Harper, in the comedy “Save Me”, created by John Scott Shepherd, and which also starred Anne Heche and Michael Landes. It follows a woman who after an accident starts thinking that she’s channeling God; the series won two awards.

The following years saw Madison win roles in a couple of hit series, such as the mystery crime drama “Criminal Minds”, the animated drama “Muertoons” (voice role) and the action crime fantasy “From Dusk Till Dawn: The Series”.

Her most recent role in a TV series has been her portrayal of Meredith, in the 2019 crime thriller drama “Reprisal”, created by Josh Corbin, and which starred Abigail Spencer, Rodrigo Santoro and Mena Massoud. It follows a woman who’s set on having her revenge on the people who tried to murder her.

In 2007, Madison was cast to play Casey Eastman in the mystery thriller drama “The Sitter”, and she portrayed and voiced characters in a couple of movies by the end of the 2000s, such as the 2008 animated adventure comedy “Horton Hears a Who” (voice role), the 2008 horror thriller “Parasomnia” and the 2009 family thriller drama “The Attic Door”.

In 2012, Madison played Hannah in the popular mystery horror thriller “The Possession”, directed by Ole Bornedal, and which starred Natasha Calis, Jeffrey Dean Morgan and Kyra Sedgwick. The film follows a girl who has been cursed by the ancient spirit locked in her antique box, and it was nominated for six awards. Madison then played Na’el in the hit action adventure drama “Noah”, which starred Russell Crowe and Anthony Hopkins, and won one of the 19 awards for which it was nominated.

She appeared in three movies in 2015, including the drama “A Light Beneath Their Feet” and the comedy “Sisters”.

Madison’s most recent film role has been her portrayal of Summer, in the 2021 action fantasy comedy “Supercool”.

She sang various songs in the 2007 movie “Christmas Is Here Again”.

Madison has voiced characters in a couple of video games, making her debut with the 2006 game “Over the Edge”, and the following year heard her voice Emma Swift in “TimeShift”. Her voice can also be heard in the video games “Dissidia Final Fantasy NT”, “Kingdom Hearts III” and “Kingdom Hearts: Melody of Memory”.

Madison has made a guest appearance in a couple of talk-shows, including “Jus’Cos” and “Home & Family”.

In 2009, Madison won a Young Artist Award for Best Performance in a Feature Film – Young Ensemble Cast, for “Kit Kittredge: An American Girl” (shared with colleagues).

Madison is amongst the most secretive of actresses when it comes to talking about her love life, and hasn’t spoken of any men or women whom she has perhaps been with. This is mostly why there are various rumors circulating the internet concerning both her current relationship status, and her sexual orientation.

Many of Madison’s fans believe her to be a lesbian, claiming that this is why she avoids talking about her past and present relationships; a fan has also claimed to have seen Madison kissing her female friend at a party in Los Angeles, California, but no evidence has been provided to support these claims, nor has Madison addressed the rumors.

There are also some who believe that she’s today in a relationship with an American non-celebrity man, but prefers to keep him away from media because of how her career could affect their relationship; this hasn’t been confirmed either.

As of November 2021, Madison seems to be single, hasn’t married and doesn’t have children.

Madison is very active on Instagram, and apparently enjoys the attention which she’s receiving from her close to 100,000 followers.

She’s uploaded nearly 1,000 pictures onto her Instagram account, the majority of which have been taken during her everyday life.

She’s interested in various sports, and can walk the entire slackline; Madison also plays soccer and beach volleyball. She has multiple training sessions at the gym every week too, mostly because it’s necessary for her acting career to stay in shape.

Madison is a huge lover of animals, and her pet dog can be seen featured in many of her Instagram pictures.

She has her own favorite actors and actresses, some of whom are Bill Murray, Jim Carrey and Emma Watson, while a couple of her favorite movies are “Groundhog Day”, “Bruce Almighty” and the franchise “Harry Potter”.