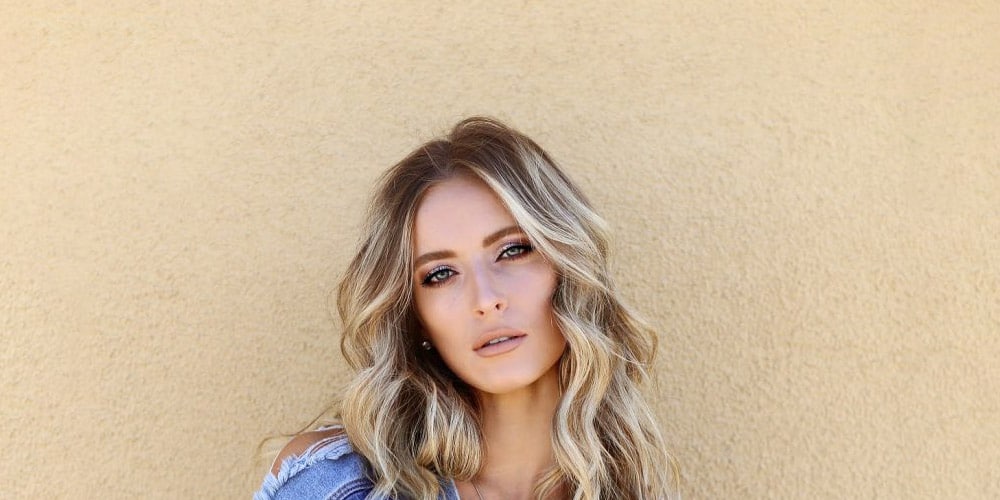 Sarati is an American actress, dancer, and social media star, who achieved stardom by uploading short, engaging videos on the social media network Snapchat, and its newest application Spotlight. She is also known as Suzanne in the music video for the song “River”, performed by Eminem and Ed Sheeran.

Sarati grew up in her hometown, raised by a mother who is a dance teacher, and a father who prefers to be left out of the media buzz, despite the enormous popularity of his only daughter, as it seems that Sarati doesn’t have siblings.

She moved to Los Angeles when she was 15 years old, and though there is no precise information about her educational background, it’s believed that she attended a high school for performing arts there.

Sarah desired to become an actress from an early age, and began auditioning at 17 years old.

She made her acting debut only in 2015, with the lead role of Sarah Teller in the horror action-drama film “Toxin: 700 Days Left on Earth”, co-starring Lee Majors. She continued her career with roles in short films such as “The Mechanic”, also in 2015, then “Hunter” in 2016, while in 2017 she was Miss Perfect in the TV series “Stitchers”. In 2018 she attracted media attention when she featured in the music video by Eminem and Ed Sheeran, while most recently, she starred in the horror-thriller film “Killer Camera Monsters” (2020), and has worked on the action thriller film “Symmetry”, which is completed but it is yet to receive its release date.

Sarati had difficulty succeeding as an actress, and spent several years struggling both mentally and physically, and has said that she developed an eating disorder, as she was obsessed with being skinny, believing that it would help her book more acting parts. Unfortunately, Sarati’s career stagnated, and she was only cast in B production films, which made her rethink and reinvent her career.

Eventually she opened a TikTok account, and in just three months had over a million followers.

A year later, she started earning money from TikTok, and then broadened her influence and launched on Snapchat, in a short period amassing more than 500,000 followers, so then joined Snapchat’s application Spotlight. This only helped her career, as she competed with other 2,000 Snapchatters for a money prize, and won $1 million through the network. Since then, Sarati has become one of the most popular social media stars, and has been helping various brands to achieve their professional goals.

She has become focused on her body, and has built her fame on her knowledge of gym training, and has created her own workout program – SARATIBODY – her own application, through which her fans can access the workout routine.

Additional to her fame on TikTok, Snapchat, and other social media platforms, she’s popular on YouTube, with around 20,000 subscribers and over 500,000 views. She has made the YouTube channel entirely personal, sharing details from her private life such as “Finding Out I’m Pregnant”.

Some of her most popular videos include “10 Minute AB Workout”, which has over 65,000 views, and “How I Became TikTok Famous”, with more than 40,000 views, in addition to numerous other videos that have only increased her wealth.

When it comes to her personal life, Sarati has been married to Jesse Callahan since 2019. Her husband is an American brand builder, influencer, and model. The two met back in 2016 through a mutual friend in a gym, and the wedding ceremony was held on 13 August 2019. They don’t have children, but are trying to start a family, which Sarati has spoken about in her videos.

As of late 2021, Sarati’s net worth has been estimated to be close to $1.5 million, earned through her career as an actress and digital content creator.

This prominent social media star has naturally blonde hair and blue eyes. She stands at a height of 5ft 6ins (1.68m), while she weighs approximately 121lbs (55kgs). Her vital statistics are 32-26-32, and her bra size is 32B.

Sarati is an avid traveler, and has been to a number of US states, mostly because her career has taken her there, while she’s also traveled for pleasure, and has said that Hawaii is her favorite destination.

Unsurprisingly she’s a fitness enthusiast, and goes to the gym five to six times a week.

Sarati’s favorite pastime is table tennis, while she also enjoys playing poker. She loves spending time at the beaches, sun tanning her perfect body, and swimming in the ocean.

Sarati is an avid dog lover and has shared pictures of her pet dog on her Instagram page.