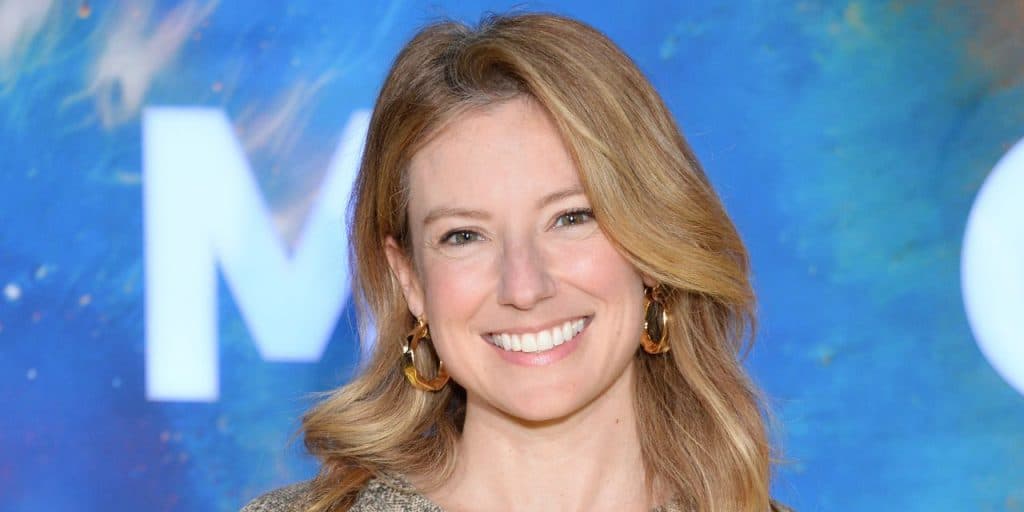 Who is Sugar Lyn Beard?

Sugar Lyn Beard is a Canadian film, television and voice actress, and a radio personality, perhaps best known to the world as co-host of the TV show “The Zone” (2001-2007), and as Jeanie Stangle in the film “Mike and Dave Need Wedding Dates” (2016), among several other roles that she’s had during her career.

She attended St. John Paul II Catholic Secondary School in Toronto, Ontario Canada, during which she showed an interest in performing arts, so she then honed her skills at one of the oldest acting programs of southern California, the Actors Workshop.

At just 19 years old, she launched her career as a radio personality under the name Suga BayBee, hired by the Toronto-based radio station KISS 92.5, and started voicing her character on the popular morning show “Mad Dog and Billie”.

Her involvement in TV began in 2000, when she was chosen as the voice of Sailor Mini Moon in the animated series “Sailor Moon”. She voiced the character in 63 episodes before moving forward with her career, first as the voice of Coco in the animated TV series “Pecola”, and then as the co-host of the TV show “The Zone”, which she also produced. She hosted the show with Carlos Bustamante, who is one of the hosts working on the YTV, the channel on which “The Zone” aired. Sugar worked on the show from 2001 to 2007, which increased her popularity.

In 2010, she portrayed Fiona in the Primetime Emmy Award-winning TV comedy-drama series “Weeds”, with Mary-Louis Parker, Hunter Parrish, and Alexander Gould in the lead roles.  The following year she played Susan in the romantic comedy-drama film “50/50”, starring Joseph Gordon-Levitt, Seth Rogen and Anna Kendrick, and continued with a minor role in the comedy film “Stag”, while in 2015 Sugar starred in the award-winning comedy-drama film “The Funeral Guest”, next to Julianna Robinson and Nick Eyde.

The next year, Sugar had one of her most memorable roles, as Jeanie Stangle in the romantic comedy film “Mike and Dave Need Wedding Dates”, which starred Zac Efron, Adam Devine and Anna Kendrick.

She continued rather successfully, in 2017 appearing in the Academy Award-nominated comedy-drama film “The Disaster Artist”, with James Franco in the lead role, and then starred in the romantic comedy-drama film “Palm Swings” (2017), with Tia Carrere and Jason Lewis. The same year, Sugar started portraying Becky Sharpe/ The Thinker in the action-adventure drama series “The Flash”, while in 2018, she was Caitlyn McGlaughlin in the film “Killing Diaz”, while two years later she was Kate in the comedy-drama film “Unpregnant”, starring Haley Lu Richardson, Barbie Ferreira, and Giancarlo Esposito.

Most recently, Sugar Lyn Beard starred in the comedy film “Not Quite College”, alongside Michael Bernardi and Tyler Carewe, and is playing Aura in the sci-fi music drama series “Electric Easy”.

As of late 2021, Sugar Lyn Beard’s net worth has been estimated to be around $3 million, earned through her successful multi-faceted career in the entertainment industry.

When it comes to her personal life, Sugar Lyn hasn’t been one to share too much information. Her secrecy has spawned a few rumors about her sexuality, including her being lesbian.

However, all rumors died off when she publicly announced her romance with Mark Spencer in 2018. The two have been together for a while now, but she hasn’t talked about their plans.

Sugar’s main hobby is traveling – she’s been throughout the USs, and recorded all her travels on her official Instagram account. One of her favorite destinations is the Grand Canyon.

She has used her popularity to support and spread awareness of many of the problems in society, including the Black Live Matter movement. Moreover, she has worked with a number of charitable organizations, including Hilarity for Charity (HFC), which works with patients and families impacted by Alzheimer’s disease.

She’s an avid animal lover and has a pet dog Oliver, which she takes on all of her travels.

She got her nickname ‘Sugar BayBee’ from Toronto-based rapper Kwamster Monster, who thought that she was sweet and that the nickname would suit her; it’s stuck with her, and she has continued to use it as a stage name.