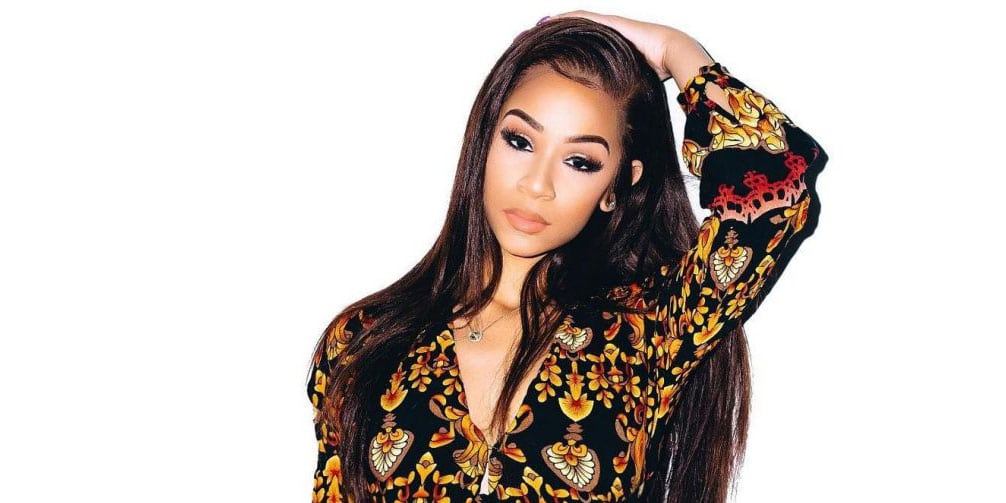 Who is Deyjah Imani Harris?

Deyjah Imani Harris is an American celebrity child, and a social media star herself. She has launched her modeling career, and has worked with a number of magazines and fashion brands.

Deyjah Imani Harris was born on 17 June 2001 under the Gemini zodiac sign, in Atlanta, Georgia USA. She is the only child of Clifford Joseph Harris Jr., a famous American rapper better known under his stage name T.I., and his ex-girlfriend Ranniqua Brannum, an R&B star known under the pseudonym, Ms Niko.

Although she is an only child of her parents, Deyjah has eight half-siblings combined from her parents’ other relationships. She grew up in Atlanta raised by her mother, though her father provided for her and occasionally visited her. Deyjah went to Woodward Academy, and has now enrolled at university but she hasn’t revealed which one.

Deyjah was exposed to show business at an early age, and fell in love with all the glitz and glamour on offer. She made her first appearance in 2015 in the reality TV series “T.I. & Tiny: The Family Hustle”, appearing in several episodes over two years.

She liked it very much, but waited until 2020 to fully focus on her online career. She started her YouTube channel, and in no time amassed around 100,000 subscribers and around a million views, before she deactivated her channel as some comments made by T.I. about Deyjah’s body, sparked controversy. Embarrassed by the comments, Deyjah decided to focus all her efforts on other media outlets.

Since then, she has become an Instagram star with close to two million followers. Deyjah has launched her modeling career too, and has already become a Fashion Nova partner.

When it comes to her personal life, Deyjah hasn’t been very open about her personal life, but some details have reached the media. She is single and focused on her career, but not of her own will, as her father has persuaded her not to date at the moment. It’s widely known that he takes to a yearly gynecologist check where the doctor determines whether she is still a virgin or not, which has highly affected their relationship, as she says that she’s uncomfortable with his actions. T.I. tried to make a joke of it, but that didn’t help as he received backlash from Deyjah’s mother and the media on the whole. Deyjah has talked about it in several podcasts, including the Red Table Talk, hosted by Jada Pinkett Smith.

As of late 2021, Deyjah Imani Harris’s net worth has been estimated to be around $300,000, earned largely through her career as a model.

Deyjah is quite active both outdoors and indoors, as she visits the gym several times a week, but also enjoys jogging and hiking. She follows a strict diet, which has given her the perfect figure needed for her modeling career.

She has talked about her mental health issues, saying that she has been suffering from depression since 11 years of age, but thanks to her active lifestyle and keeping the focus on positive things, has kept her problems under control.

Born Ranniqua Brannum on 22 September 1980, in Atlanta, Georgia USA, she is the daughter of Rodney Brannum Sr, a US Army Sergeant, and his wife Crystal. She is one of five daughters, and has two half-brothers. As well as Deyjah, she’s the mother of Andrew, Jaelah McKine and Soniah, however, she hasn’t revealed the name of the father(s) of her children to the media.

Ms Niko’s net worth has been estimated to be around $1 million, as of late 2021.

Born Clifford Joseph Harris Jr. on 25 September 1980, in Atlanta, Georgia USA, he is the son of Clifford ‘Buddy’ Harris Sr. and Violeta Morgan. He was raised by grandparents as his father lived in New York, while there is no further information about his mother. Growing up on the streets of Atlanta, T.I. began rapping at the age of eight, and knew from an early age that he’d become a rapper. He went to Douglass High School but never finished, as he left school to launch his career as a musician.

He’s also known as an actor, and some of his most popular appearances include as Dave in the films “Ant-Man” (2015), and its sequel “Ant-Man and the Wasp” in 2018, then as Sean in the film “Sleepless”, while most recently he was Lincoln in the film “Monster Hunter”, starring Mila Jovovich.

He started a romantic relationship with Tameka Cottle in 2001 and the two married in 2010; though she filed for divorce in 2016, they reconciled shortly afterwards. The couple has three children together, King Harris, Major Philant Harris, and Heiress Diana Harris. Moreover, T.I. has two sons with Lashon Dixon.